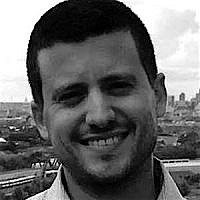 On Monday evening last week, we, seven young activists from “Young Yesh Atid” (literally – “there is a future”) Party, flew to London, aiming to advocate for Israel, to share its true face, and to refute the BDS venomous propaganda against Israel.

The delegation consisted of students and graduates, each one a leader in his own field, and headed by Elazar Stern, Member of the Knesset (MK), a celebrated IDF Major General and one of the most unique voices of Jewish Orthodoxy in the Knesset.

This initiative was a direct continuation of the efforts made by Yesh Atid party, and its leader, MK Yair Lapid, to fight the lies spread by the BDS.

Although officially we represented our party, our first and foremost goal was to represent the consensus in Israeli society, regardless of your support or antagonism to the current Israeli government – that the majority of the Israelis are peace-seeking people, who strive to live in peace and security with its neighbors.

Our delegation partnered with the ‘Pinsker Centre’, a pro-Israel organization led by students and young people from all backgrounds in the UK, who seek to intelligently educate about Zionism and the Arab-Israeli conflict. They have done a terrific job in organizing everything and they are truly bright individuals.

We visited several of the most prominent universities in the country – including Oxford, Cambridge, University College London, London School of Economics and SOAS. We were welcomed by students-packed halls, curious to listen and ask questions.

In Oxford, we met with about 30 students who were very much interested to learn more about the complexity of the Israeli-Palestinian conflict and about the different facets of Israel and the Middle East. We emphasized the multi-cultural/ethnic nature of its society and the strength of its democratic political system, along with its place in the Middle Eastern geopolitics, economy and development.

For example, we actually surprised them by telling them that Israel already cooperates with several of the moderate Arab states in several domains.

In Cambridge, we had the privilege to meet over 100 students who came to hear MK Stern speak, in an event hosted by the Cambridge Middle East Forum. When we discussed just how much the IDF and the people are moral, the crowd was surprised to hear about the life saving treatment that Israel gives to Syrian refugees, not to mention the fact that Israel seeks to absorb Syrian refugees in its society. 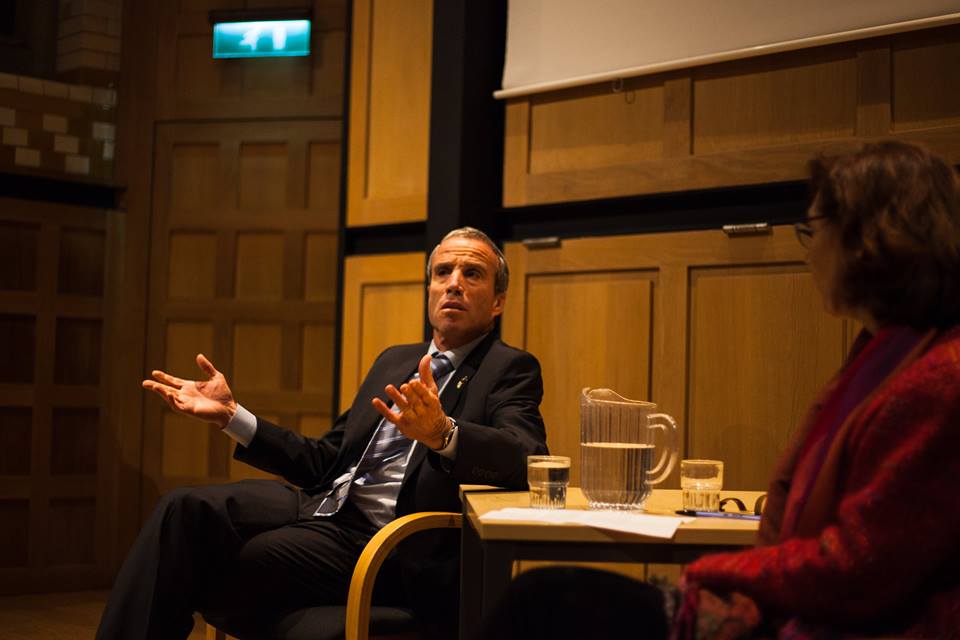 In University College London (UCL), MK Stern spoke with over 200 people, where he yet again, emphasized the importance of IDF’s ethical code of conduct, and mainly the ethics of combat. In addition, he reiterated our commitment to ensure Israel’s security and identity as a Jewish and democratic state. He was not at all intimidated by the tough questions of the audience: his responses were evident and intelligible, because our ideology and faith is as moral as it can be.

In Parliament, we met with Members of Parliament and Ministers – all are great supporters of Israel. We talked about the alliance between Israel and Britain, and discussed some of the most concerning issues that worry the Israeli public. Standing there, one cannot but think that, 100 years ago, in the same building, the Balfour declaration was affirmed and set foot for the historical creation of Israel. It was truly a remarkable feeling. 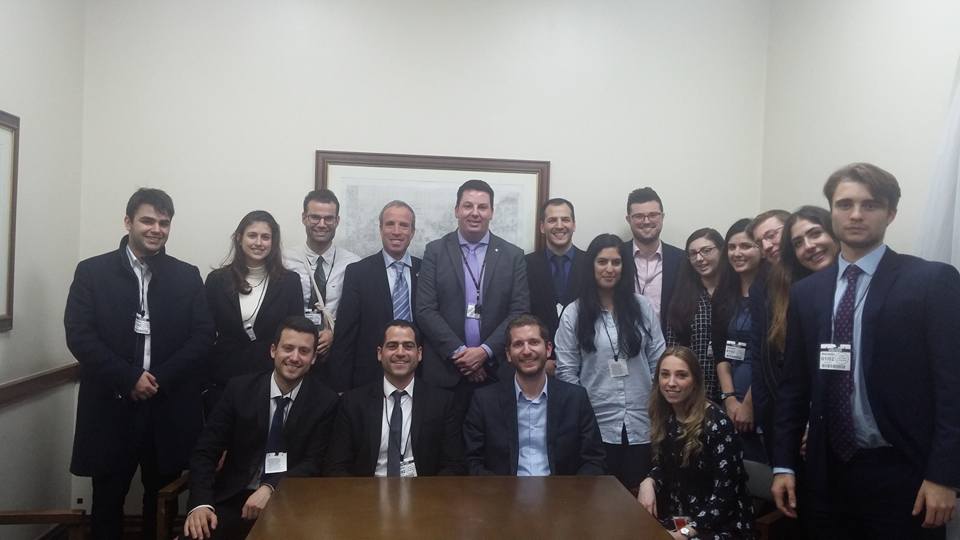 Our delegation with Andrew Percy MP and Conservative Friends of Israel

Our group visited many of the campuses, and we engaged and talked with hundreds of students about Israel and the Middle East. Many students stopped at our stall and thanked us for our presence, especially with the growing BDS propaganda that is very much prevalent in the campuses. We wore the Israeli flag proudly and met people who have never met an Israeli before in their lives – from Oman, Saudi Arabia, Iran, Syria, Morocco etc. Some yelled, some cursed, but most were interested in hearing our opinion. Here are but some of the slogans that we heard:

“Jews go back to Europe, where you came from”

“Israel has no legitimacy to exist”

“The Holocaust was just…”

Although we met many of Israel’s supporters, we also encountered a worrisome reality. The truth is, that many Jewish students are afraid to be seen with an Israeli flag, some are scared to put on a kippah or to wear a necklace with a Star of David. BDS and anti-Israel groups are leading a violent and aggressive propaganda against Israel and Jews. It is a statistic fact that wherever the anti-Israel groups are prominent, Anti-Semitism is more prevalent. Thus, the increasing extent and aggressiveness of Anti-Semitism, which is growing rapidly in the UK, can, with high probability, relate to the activities of the BDS movement. This reality should be addressed and fought against. 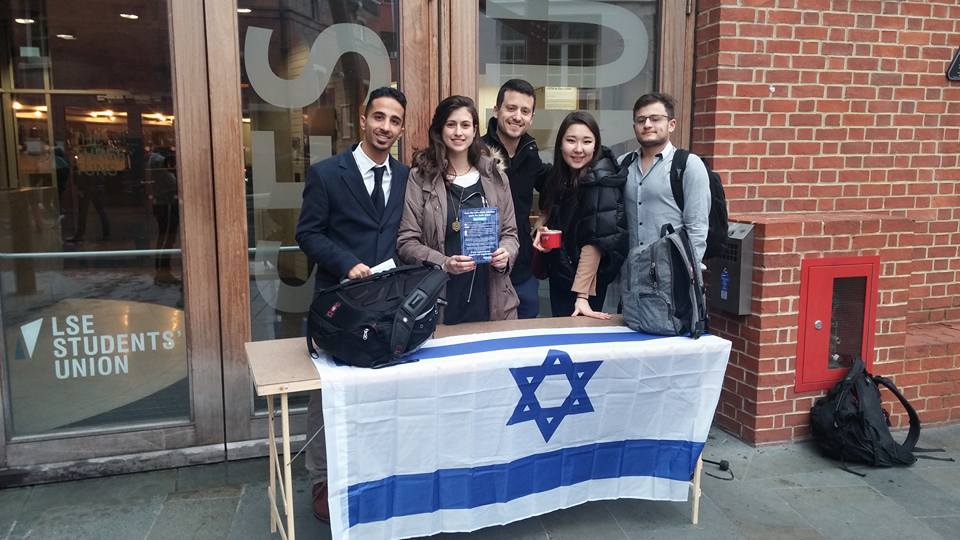 Advocating for Israel in UCL

The days when a Jewish individual should think twice before putting on his kippah needs to end, not today, yesterday.

We, the Young Yesh Atid members, had the privilege and honor of supporting our friends in the UK, people who not only support Israel, but also share its values; tolerance, equality, human rights, freedom of speech, freedom of religion, LGBT rights, peace, etc.

We are eager to further develop our collaboration, and we’d be happy to aid, as much as we can and join anyone who cares about fighting Anti-Semitism and the BDS movement.

About the Author
Itai Hacham is graduate in International Relations and Business Administration from the Hebrew University in Jerusalem. Striving to help shaping Israel's public image and to share the truth with the rest of the world.
Comments