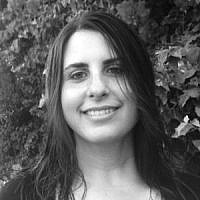 “Your brothers go off to war & you will sit here?” Numbers, 32:6.  This was what was read in last week’s parasha in synagogues around the world. Just an hour ago, I was inspired by MK Dov Lipman, MK Sofa Landver, Natan Sharansky and Rabbi Yisrael Meir Lau, as they addressed a crowd of 230 new immigrants who “answered this call”, and chose to move to Israel during these uncertain times. American lone soldiers Sean Carmeli & Max Steinberg also answered this call, and tragically lost their lives (along with 23 other soldiers since the beginning of the ground incursion).

This is my current reality. Living in Israel these past 6 years, I have witnessed my fair share of sirens, rockets & casualties (on both sides) from Operation Cast Lead, Operation Pillar of Defense and now Operation Protective Edge. Yet to me, these past few weeks have been the most grueling, heartbreaking and upsetting. I cannot look at my Facebook news feed anymore, as it is filled with hate, negativity and vitriol.  I cannot watch television, as the media is filled with graphic, disturbing images and words like: “disproportionate response”, and “Israeli aggression.” I cannot go out to concerts or outdoor events, as the homefront command will not allow outdoor gatherings of over 300 people, in case of incoming missiles and rockets from Gaza.  I was supposed to go to Italy last Thursday, but had to cancel my trip earlier in the week, because my travel buddy got called up by the army.

What could I do? 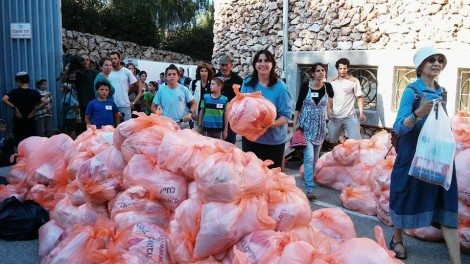 This past week, instead of continuing to wallow in self pity, I chose to do something. While I may not have been able to pick up an army uniform and join the Israel Defense Forces (IDF), here have been the past few days of my imposed “staycation”:

Thursday: Babysat for a friend’s daughter at 4:45 AM so his wife could drive him to his army base by 6 AM.

Friday: Baked challot, wrote letters and packed food for 1800 soldiers (along with many other residents of Jerusalem).

Saturday: celebrated a friend’s “aliyahversary” and grabbed a beer with my friend who was just drafted to the army.

Sunday: drove with several friends to Moshav Nahalal to bring books and puzzles for the displaced families of Kibbutz Mifalsim and sing & dance with them.

Monday: wrote letters and helped pack supplies for over 2000 soldiers at Beit Hachayal via www.ThankIsraeliSoldiers.org

Tuesday: woke up at 6:15 AM to virtually welcome the undeterred group of 230 people who made aliyah this morning (I could not make it in person to the ceremony as the Homefront command would not allow a big crowd).

For those sitting at home watching the news and wondering: “What can I do? Does it matter?” Here is a simple & easy list:

If you feel that is still not enough, buy a plane ticket and come to Israel, as 230 brave souls just did.

I am writing this not to sing my own praises, but rather to hopefully inspire others to get up and do something.  You may not think it is much, but every little bit helps and strengthens us. Italy can wait. My country needs me.

About the Author
Mimi Borowich has been a radio show host for over seven years. She has graced the stages of Carnegie Hall and Lincoln Center, and has worked on several television programs including Sesame Street, Reading Rainbow and The Ellen Degeneres Show. Mimi has a B.A. in film & Education from Columbia University, and an M.L.S from CUNY. She made aliyah in 2008, and is currently a school librarian in Jerusalem.
Related Topics
Related Posts
Comments