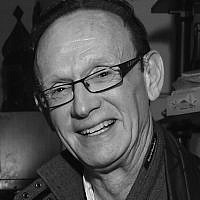 The Blogs
Jack Gottlieb
Founder of World Jewish Travel
Apply for a Blog
Please note that the posts on The Blogs are contributed by third parties. The opinions, facts and any media content in them are presented solely by the authors, and neither The Times of Israel nor its partners assume any responsibility for them. Please contact us in case of abuse. In case of abuse,
Report this post.

For those of you located in Israel August is the month of the festival.  There are several large events being held around the country dedicated to Israeli and international Jewish culture including music, beer, films, art, and more. If you are looking for an Israeli summer of fun and variety look no further than World Jewish Travel’s guide below, personally curated by a Jerusalem local.

The good times start in Tel Aviv at the Felicja Blumental International Music Festival. This festival has been taking place at the Tel Aviv Museum of Art since 1999 and features a 5-day long musical program of classical, jazz, and ethnic music from around the world. This year, the event will take place from August 3rd to August 7th so you have plenty of time to fit it into your plan while exploring the rest of the city. 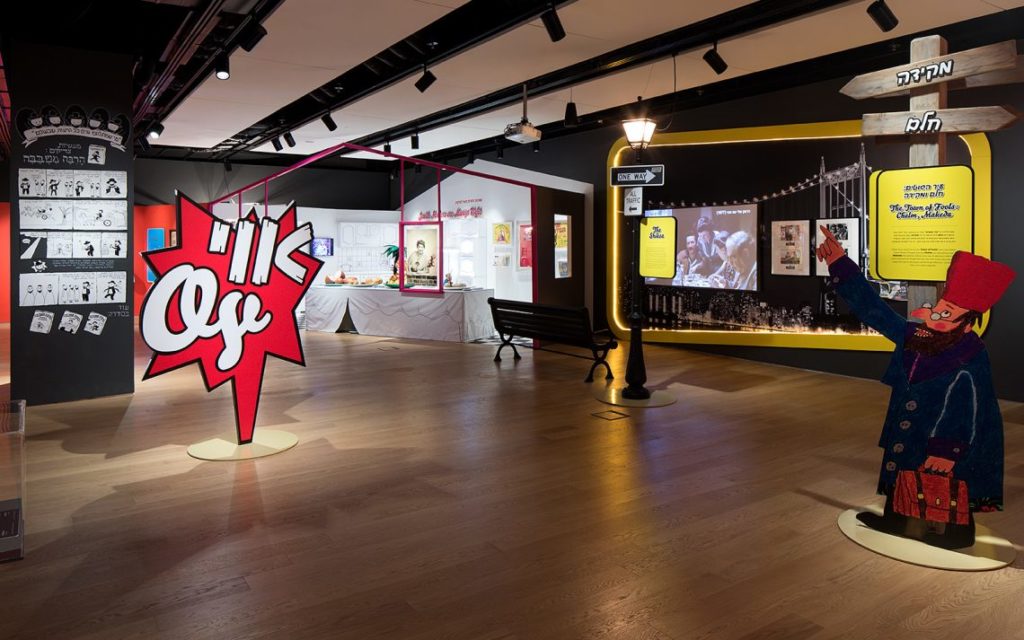 A History of Jewish Comedians

While Tel Aviv is known for its beautiful beaches and vibrant culture, the city has some of the most highly-reviewed museums in the country with temporary exhibitions that you don’t want to miss. The newly renovated Museum of the Jewish People has a new exhibit, Let There Be Laughter, looking at the origins of Jewish humor and the major contributions of Jewish comedians to the history of comedy around the world. The Eretz Israel Museum is another highly rated museum with several exhibitions of local nature, glass artifacts, and pottery-making. If you find yourself needing a break from the August heat, these museums are definitely worth adding to your Israeli festival itinerary. 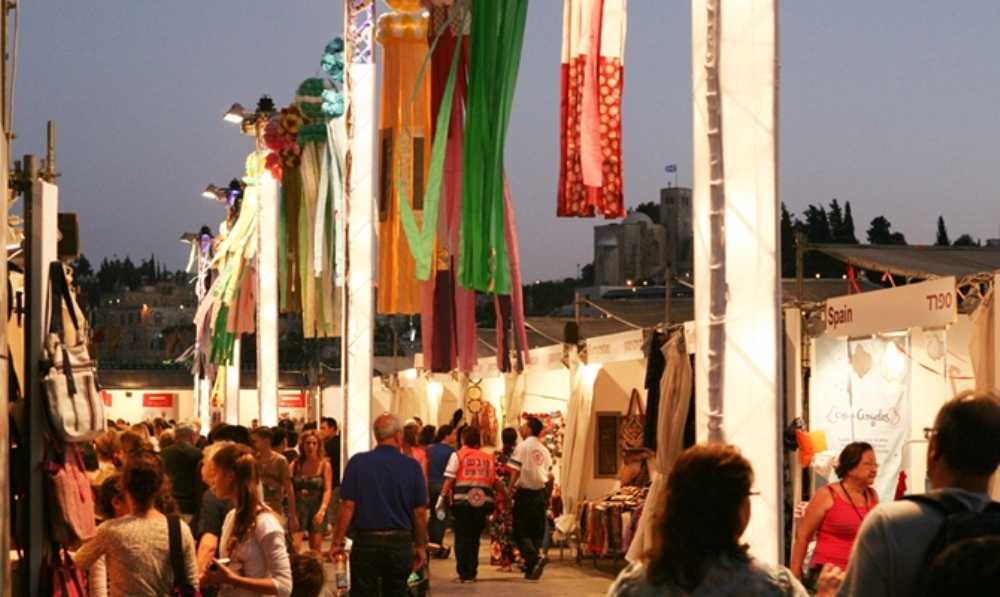 Hutzot Fair in the Old City of Jerusalem – Credit: https://www.itraveljerusalem.com/evt/hutzot-hayotzer-intl-arts-and-crafts-fair/

Sunset in the Jewish Quarter

From Tel Aviv, head over to the Holy City of Jerusalem just in time for Shabbat. You’ll want to make sure to stop at the famous Machane Yehuda market to see the pre-Shabbat hustle and bustle, and taste the fresh halva, nuts and tahini from the local shops. There are also several restaurants located in or nearby the market where you can grab a bite to eat. Once Shabbat has started and the sun has gone down, take a walk to the Old City’s Jewish Quarter and Kotel; you’ll find a very peaceful atmosphere that you don’t usually get with all of the tourists who visit during the week. Don’t forget that public transportation doesn’t run on Shabbat, so you may want to find a hotel near the old city.

After a relaxing weekend, you will be ready for the annual international arts and crafts festival, known locally as the Hutzot Hayotzer Fair.  The festivities begin on August 9th in one of Jerusalem’s most iconic locations, the Sultan’s Pool, an ancient water basin located in the valley of Hinnom on the west side of Mount Zion.  Wrapped in the pines of Jerusalem underneath a sky of stars, visitors can peruse an eclectic variety of handmade goods and art from hammocks to paintings. This is also a spot to catch some of the hottest rock and pop stars in the Israeli music industry. You can also catch dance performances and scheduled workshops. 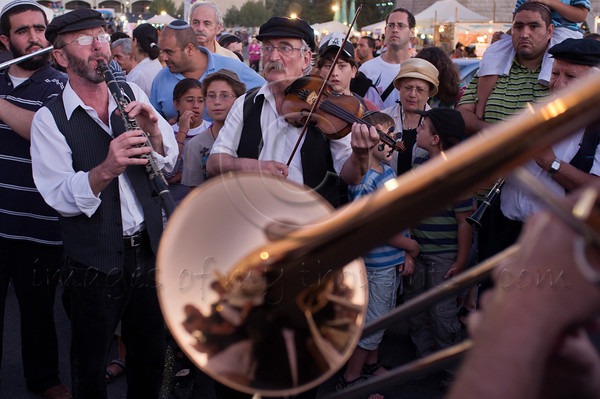 From the Jerusalem Central Bus Station you can hop on a bus to the mystical birthplace of Kabbalah, Safed, where the 34th annual Safed Klezmer Festival invites patrons to experience three nights of Klezmer performances starting on August 17th featuring dozens of Israeli and international bands.  During the festival, performances are held throughout the alleyways and roads of the Jewish Quarter and Artist’s Quarter beginning at 9:00 and going until midnight. During the day we recommend attending the festival’s numerous workshops and activities that include glass blowing, ceramics, tours of the city, or visit the artisans selling their art in the crisp summer air.  If you need a bite to eat during the festival, be sure to check out our recommended restaurants, and make sure you visit Safed’s other must-see sites. 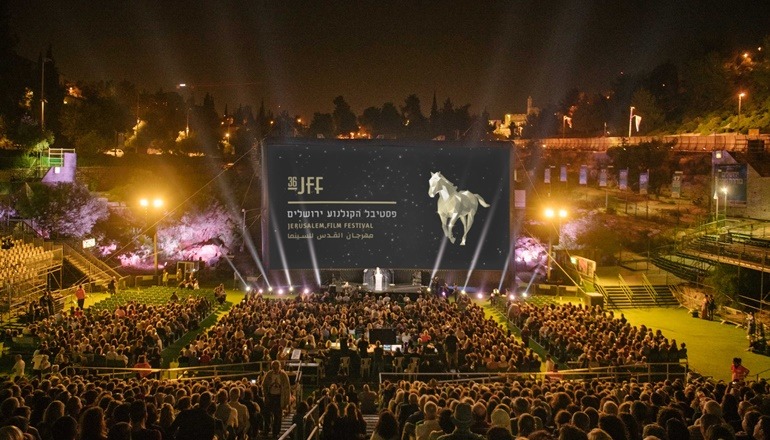 After you’ve had your fill of Klezmer and Kabbalah, make your way back to the Holy City just in time for the 38th Jerusalem Film Festival on August 24th.  This festival screens a number of Israeli cinematic masterpieces as well as films by internationally acclaimed directors and actors with past contributors including Wong Kar Wai, Tsai Ming-Liang, John Sayles, Jim Jarmusch, Stephen Frears, Spike Lee, Quentin Tarantino, Nuri Bilge Ceylan, Jane Fonda, and Robert Dinero; the star-studded list is endless. The opening event will also be held in the Sultan’s Pool with the remaining screenings to take place around the city in the presence of 5000 viewers with 200 films from 50 different countries. 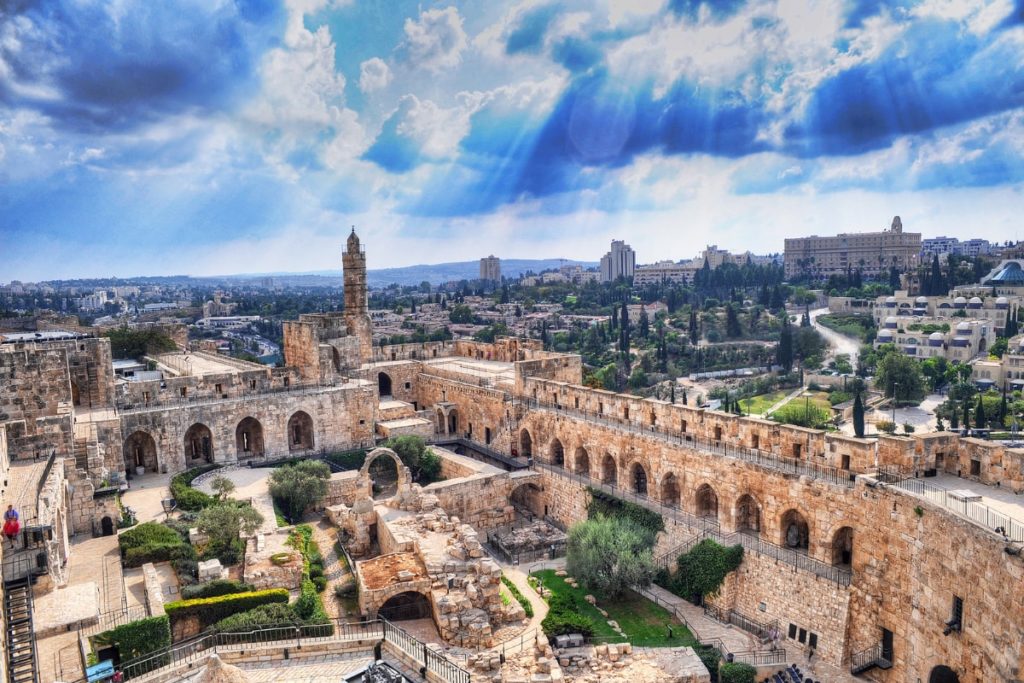 The Old City of Jerusalem

Design Your Own Israel Guide for Next Time

In case you missed taking a guided tour of Jerusalem or visiting one of the city’s many unique museums, archeological sites, historic cemeteries, and synagogues, now that it’s not Shabbat you will have the opportunity to do that. You will find that you could spend weeks in Jerusalem alone so you may have to save some of the sites for your next trip to Israel.

There is no better way to end your summer than with a trip around Israel exploring some of the country’s top cultural events and sites.  Whether you’re a local or thinking of making Israel your post-pandemic vacation destination, don’t hesitate to attend any one of these Israeli festivals to experience Israel’s culture, creativity, and love of life.

About the Author
Jack Gottlieb, founder and president of the World Jewish Travel, is an American businessman highly involved in philanthropic causes, who spends most of his time in Israel these days.
Related Topics
Related Posts
Comments