Many British Jews are Labour party members and the majority of the community has supported them since they were formed at the turn of the 20th century. The main Jewish organisation was Poale Zion which was created to obtain a national home for the Jews. In 1920 Poale Zion became affiliated to the Labour movement and as the Jewish Labour Movement, remains affiliated to them today.

The problem for the JLM is that the community has changed out of all recognition in the intervening years. By hard work they have ceased to be primarily poor working people and have moved into the middle classes. For years between 1945 and 1970 there were only two Jewish Conservative MPs, but in the 1970s there were over 40 Jewish Labour MPs.

Now the number of Jewish MPs in all parties has reduced substantially. There was a time in the 1980s when Willy Whitelaw, Margaret Thatcher’s deputy leader, said there were more Old Estonians in the Cabinet than Old Etonians. Those days are long gone.

As Keir Starmer tries to bury the antisemitic fringe of the party, he faces the problem that the community is no longer an automatic supporter of a left wing party. Their general contribution to the country is even greater now though than it was in the days of Harold Wilson and Tony Blair. The number of Jewish members of the House of Lords is an illustration of that. Individual Jews have made very large financial contributions to a large number of non-Jewish organisations in need.

The increase in the number of  antisemitic incidents in the country is in stark contrast to this generosity of the community. It is typical that Jewish communities have recently made contributions to help Afghan refugees. The thinking, time and again, is crystal clear. The community has suffered from persecution itself, and will help any other minority facing the same oppression.

Happily, the vast majority of the country rejects antisemitism and is positive in its determination to oppose it. The Holocaust memorial and the exhibition at the Imperial War Museum are only two examples of this. antisemitism is, however, the racialist atrocity which so often heads the list of attitudes the country is determined to oppose. There are so many other minority communities which suffer similar indignities; Muslims, Sikhs, Hindus and Blacks. The good news is that the Community Security Trust works with these other groups to improve their protection. We know how to look after our own because we’ve had to do it so often. Synagogue do not suffer as do Mosques. This cooperation is not widely publicised but it will lead to a healthier society in the future.

We have always been fortunate in the attitude of our government. Chief Rabbi Jakobovits once said that Prince Philip was to be seen in a yarmulke more often than most Jews and Prince Charles has the three feathers of the Prince of Wales on his kippah

It still doesn’t help Keir Starmer. The question which is so difficult to answer is why antisemitism exists at all. It was Woody Allen who said that you don’t cross the street when you see a Jewish accountant. The community is peace loving and while there are Jews in prison, it is usually for financial crimes rather than violence.

Another accusation is that our financiers control the economy. Of course they don’t, but it’s worth remembering that Francisco Lopez Suasso gave William III an interest free loan of two million crowns to finance his invasion in 1689. Solomon de Medina saw to it that our army in the War of the Spanish Sucession a few years later had bread to eat. Menassah Lopez steadied the pound in the time of the invasion of the Old Pretender in 1715 and Samson Gideon did the same when Bonnie Prince Charlie invaded in 1745. In the Napoleonic Wars the Rothschilds raised the money the government needed to defeat Napoleon. On behalf of the City, the Rothschilds fixed the price of gold every day for donkey’s years. So our record of supporting the government in times of crisis is pretty good.

Much depends on efficient high street banks and Sir David Salomon put those together in the 19th century. The fact is that we are pretty good at merchant banking but we have always backed up the government. Even since the war, it was Sigmund Warburg who ensured that Euromoney is mostly handled in London.

You won’t eliminate antisemitism, but it is rejected by the vast majority of the general public. You’re in the right country. 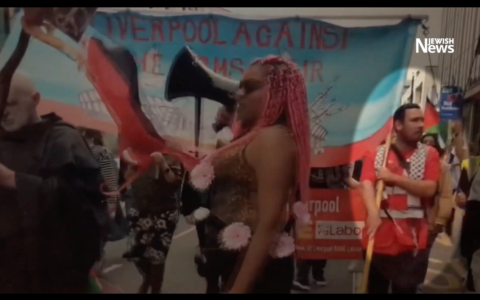 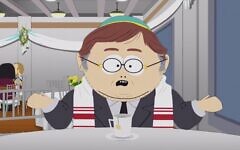 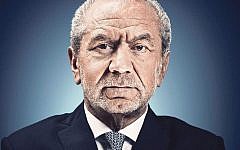 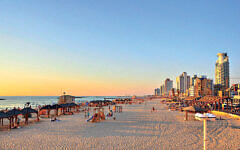 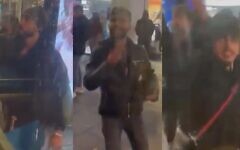