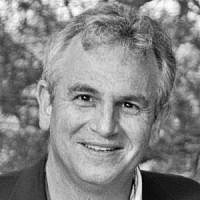 The Blogs
Kenny Kodish
Apply for a Blog
Advertisement
Please note that the posts on The Blogs are contributed by third parties. The opinions, facts and any media content in them are presented solely by the authors, and neither The Times of Israel nor its partners assume any responsibility for them. Please contact us in case of abuse. In case of abuse,
Report this post.

Four hours into learning of the news of David Blatt’s ouster as coach of the Cleveland Cavaliers, and still trying to understand WHY this is hitting me so hard. At first it was like a sucker punch to the stomach, but now I’m getting my wind back.

I’m not worried about Coach Blatt. He will be fine. Just another excellent coach run out of Cleveland by embarassingly incompetent ownership and management (c- Bill Fitch and Bill Belichick). His stock is trading high and he has been nothing but an uber-mensch throughout the circus atmosphere that has ensued ever since Lebron’s announcement that he was “coming home”.

As a third generation Akronite (Ohio) and avid Cleveland sports fan, the past 18 months have been beyond any fantasy I could have concocted in my 50+ year wait for ANY professional Cleveland sports team to win a championship in ANY major sport (longest drought for any city). An Israeli – American, Jewish contemporary (we are both mid 50s) was now fully engaged with local hero and world’s best basketball player in giving Northeast Ohio its best chance to taste a championship. And making it that much more fun was that masses of fellow Israelis were along for the ride because of the Blatt factor. Season One ended with an NBA championship appearance despite the loss of two all-star  players to injury early in the playoffs. And despite a valiant effort and succumbing to a Warriors team that is now being compared to the greatest of all time, there was hope and optimism that we’d be back this coming June to try again — this time with everyone healthy and ready.

In the meantime, for the second consecutive season we CAVS fans were enjoying a level of basketball never before seen by players sporting Cleveland jerseys. Since October 2014, my involvement was not about wins and losses, but about watching my team jell, possession by possession. Perhaps even an obsession.

But certainly a DISTRACTION. The same 18-month period since David Blatt’s appointment and Lebron James’ announcement has been a dark and dangerous period in Israel. Beginning with the nearly three week search and ultimate discovery of the murder of the three kidnapped boys to the ensuing summer of Operation Protective Edge and the raining of rockets and the incessant beeping of the Code Red app to the ongoing carnage of the stabbings, car rammings, and shootings — all with the backdrop of attacks on Jews around the world, relentless incitement and saber-rattling by Hizbullah and Hamas and the grand evil of our time, Iran, the CAVS games and the surrounding story have been a fun distraction.

Absurd sums of money were paid to bring this team back for another run. So much that I wondered if there would be any satisfaction in “buying” the championship we have awaited for so long. But then I decided — let’s first win a championship and then I’ll worry about any conflicting feelings about it being tainted.

Now it’s over for me. I really can care less what happens tonight against the Bulls. I may watch highlights from the standpoint of human interest — just to see how such a move affects each player’s ability to show up for work.

It IS more than a game, Lebron; it’s business as usual — and it stinks. And I’m bowing out. And for you to try to make us believe you were not involved in the decision means you think we are all fools.

For now, I will wait to see where David Blatt lands. Perhaps I will be a fan of that team or perhaps this is simply the last bubble that needs to be burst in order to significantly diminish the role of sports in my life.

About the Author
Kenny Kodish is a writer and tour operator, residing in Neve Daniel. He is the founder of Israel Legacy Tours and has worked in senior management in Jewish non-profit and the hospitality industry.
Comments