During these triumphant days marking our 69th year of independence, a time when most Israeli Jews rejoice with singing, dancing and feasting and thousands of Israeli Arabs march in protest to commemorate their concept of the Nakba, the scene revealed today on Arutz 10 of Israeli TV should have sent shock-waves and nausea to Jews everywhere.

In the midst of the ultra-zealous community of Mea Shearim in Jerusalem, groups of men and boys were seen burning our national flag. These anti-Zionists have committed a crime and must be aptly and swiftly punished .
Under Israeli law flag-burning is an offense punishable by imprisonment and/or a fine or both.

The ultra-Orthodox zealots give absolutely nothing to our State but take everything they can get from it. Like parasites they receive national health care benefits from a government they do not recognize, in whose army they refuse to serve, whose national language (Ivrit) is considered anathema while Yiddish is their means of communication. They live in a self-declared ghetto, secluded from every aspect of Israeli life and society.

Why should we continue to support them and their ever-increasing families? By withdrawing financial support from them it will stimulate them to find worthwhile employment, still leaving sufficient time for Torah study and prayer.

I do not respect their attitudes nor views. These are the people who waved the white flag of surrender to the invading Jordanian Legion in 1948, preferring to live under Arab rule rather than an independent Jewish State.
These are the people who met with Muslim religious and political leaders in Iran and other nations to show support for anti-Zionist anti-Israel movements. They are, in short, enemies within our Jewish State.

Many Israeli Arabs serve in our defense forces or do national service. Thousands of them attend and are graduated from our universities. Not so the Jews of Mea Shearim, the unwelcome Neturai Karta. Among them, women are denied an education while all young men are educated in yeshivot studying Torah by day and by night, contributing nothing to our society.

It is time now to enforce the law. Let our national police locate the perpetrators of the flag-burning, arrest them and put them on trial for their crime of disrespecting our flag, the blue and white flag of Zion emboldened by the Magen David in its center.

How long must we endure the hatred of Jews against Jews, of anti-Zionist Jews to Zionist Jews? If they are unhappy about living in a Jewish secular State, there are other places they may find more comfortable, where they would be “at home” among amcha. Antwerp and Brooklyn come to mind.

Leaders of Israel…fellow citizens of Israel… it’s time to “zap” the zealots among us. Ostracize them. Orthodox Jews are our welcome brethren. They serve in our Knesset. They contribute to our society in many ways. One needs to separate the Orthodox from the zealots. The former are respected. The latter are not. 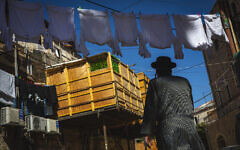 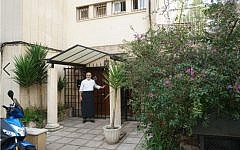