Speaking to students at Hebrew University in Jerusalem recently, Ukrainian President Volodymyr Zelensky made a foolish, unnecessary, and strategic mistake of opening an antisemitic battle as another front distracting from his very real war against Russia. Though Zelensky himself is Jewish, doing so he continues the antisemitic tradition that has marred Jewish life in Ukraine for generations.

This is not Zelensky’s first time calling out Israel for not doing enough to help Ukraine in their war with Russia. By singling out Israel to standards by which he does not hold others, Zelensky is stoking antisemitism in general, and particularly at home by making Israel at fault as Ukraine is battered.  As leader of a country where Jews have been subject to antisemitism for generations, Zelensky should know better.  He should know that even his baptized children will not be spared when Ukrainian Jews are in the crosshairs.

Zelensky continued, saying how disappointed he is with Israel, and Ukraine and Israel have a shared past. The examples he cited included Israeli leaders who came from Ukraine: Yitzhak Ben-Zvi, Golda Meir, and (mistakenly) Shalom Aleichem. He overlooked that fact that the generation of these Jewish/Israeli leaders from Ukraine largely fled Ukraine due to antisemitism.  Sadly, that is the shared past that Ukraine has with its Jews.

Zelensky did call Russia a “terror state,” but saw it fitting to blame Israel nonetheless. “The Ukrainian people are grateful to the Israeli people for waving our national flag on the streets…We thank the Israeli people, but we also ask for the support of your government. Luxembourg, with a population of some 600,000 people, provided us defensive aid equal to 15% of their defense budget. But what about Israel? We understand this is not an easy situation, but we would like to see greater support.”

I suppose in rising from actor to President, Zelensky missed the class that Luxembourg does not have enemies surrounding it which threaten its very existence. Maybe that was the same class in which the lesson was taught not to open a second front on a war that you’re losing.  But that’s exactly what Zelensky did.  No, Israel is not going to attack Ukraine like Russia, but he’s diverting attention, resources, and goodwill by making the war and legitimate suffering of Ukrainians about anything other than Russia.

Maybe after the first antisemitic rant he could be forgiven. But this is not his first. In March, Zelensky addressed Israel’s Knesset, making similar demands. He inappropriately drew parallels to events in Ukraine the Holocaust. And he assessed, therefore, that Israelis certainly should understand, be more sympathetic, and more helpful. That’s where he lost his sympathetic audience.

In expecting more, Zelensky overlooked the Israeli field hospital and other medical and humanitarian aid provided in Ukraine and among those who have fled. He overlooked airlifting to Israel of Jews and non-Jews alike, offering citizenship to those eligible, and more. But from Israel, Zelensky wants more.

Whether following a script or just the negative tone, Ukraine’s Ambassador to Israel Yevgen Korniychuk has added fuel to the antisemitic flames by demanding that Israel provide Ukraine Israel’s Iron Dome anti-missile system. Ambassadors are not military strategists, but anyone who knows to ask for the Iron Dome, should know that it is designed to counter short range rockets, not the long-range ones Russia is using. So, to expect that, is foolish at best.

Most recently, Ambassador Korniychuk threatened that Ukraine is considering revoking Israelis’ visa exemptions, including for thousands who make pilgrimages to the grave of Rabbi Nachman of Breslov. Other than the fact that Ukraine is a war zone and tourism is the only thing not “booming,” the threat of a quid pro-quo that Jews could only visit Ukraine and the grave of Rabbi Nachman if Israel provided support is profoundly antisemitic. One would think that if travel to Ukraine were safe and possible, Ukraine would welcome a desperately needed injection of foreign currency.

By disenfranchising people not to support Ukraine is shooting themselves in the foot. So rather than doing everything possible to build sympathy and support, the ambassador complained that Israel is “unfairly” imposing restrictions on Ukrainians entering Israel as if Israel were not a sovereign country with the right and obligation to determine who can enter.

What makes this antisemitic is that Zelensky and Ambassador Korniychuk are holding Israel to a double standard not employed in the rest of the world.  Forget acknowledging the significant aid that Israel and Israeli organizations have provided (which one could forgive, after all they are at war). One has to ask if President Zelensky is also calling out other countries for not doing more. Or, as he would think, not enough.  Let’s just look at the “I” countries.  Did he call out Iceland, India, Indonesia, Ireland, Italy, or even Iraq and Iran?  Did Ukraine’s ambassador to those “I” countries also threaten that if their country didn’t do more, Ukraine would not let their nationals visit Ukraine?

The double standard and the antisemitic undertone are profound. While one should be sympathetic to and supportive of Ukraine, and pray the war ends soon, to be honest, Israel and Ukraine don’t have that much of a “shared past” to celebrate, unless pogroms and mass murder of Ukrainian Jews is considered a good thing. One can overlook the past, but the relationship hasn’t been all that great in the present, with Ukraine far from a reliable ally of Israel in the UN.

If one is looking to build upon an exaggerated shared past, or just get help in the midst of a war, a little honesty, accuracy, and integrity would go a long way. 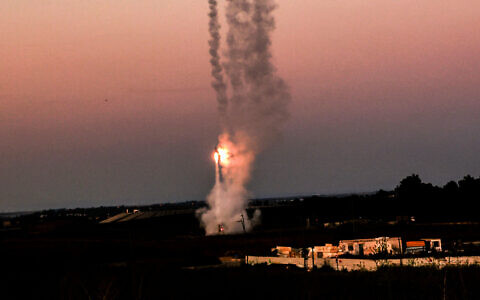 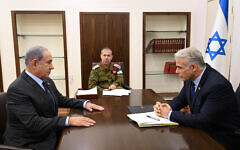