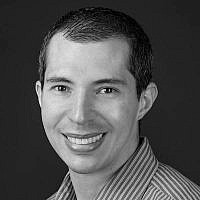 Milan — Elad Cohen and Shiran Mizrahi became the first Israelis to medal in the Winter Olympics when they won the bronze medal in mixed curling at the XXV Olympic Winter Games in Milan, Italy. Nicknamed “Chess on Ice”, Cohen and Mizrahi completed a meteoric rise for the Israel Curling Federation (ICF) which was only formed in 2007. The ICF capitalized on growing interest in the sport after images of American couch potatoes turned Olympians captured the imagination of millions worldwide. Their Chess on Ice campaign successfully convinced many skeptical parents that curling was a worthy pursuit in the hopes of attaining Olympic glory, rather than a chess medal at the Maccabiah Games…

Many supporters of Israel are quick to quote the statistic that Be’er Sheva has more chess grandmasters per capita than any other city in the world, or erroneously that Israel is the per capita world leader. Alas, chess is not an Olympic sport.

And while Israeli Summer Olympians finally lived up to most of their potential at the 2020ne Tokyo Summer Olympics, Israel’s haul of 4 medals (population: 9.2 million) ranked far behind countries with similar populations: 20 for Hungary (9.7 mil); 13 for Switzerland (8.7 mil); and 9 for Serbia (8.8 mil). Countries with much smaller populations also fared better: 20 for New Zealand (4.8 mil); 8 for Norway (5.4 mil); and 4 for Mongolia (3.3 mil). Even Estonia and Fiji with populations around a million won 2 medals each.

Part of the reason for the underperformance on a per capita basis can be attributed to the Haredi population. When you take into account that nearly 25% of Israelis will be ultra-Orthodox by 2050, this thins the potential talent pool (although Haredi marathoner Beatie Deutsch shows a different path is possible). Still, it is not the only reason.

While implementing the Norwegian model of not keeping scores or times until children become teenagers is a potential solution, the concentration of financial resources and manpower must be placed into sports that make sense. This is why Israel has achieved great results in windsurfing and judo: these are sports that are accessible to Israelis. In a country where military service is mandatory, you would think Israel would perform well in shooting sports.

Football is clearly the #1 sport in Israel yet look how long it took for multiple Israelis to play concurrently at high level European clubs: Manor Solomon at Shakhtar; Liel Abada and Nir Bitton at Celtic; and Eran Zahavi at PSV. Or basketball, with Deni Avdija as a top 10 NBA draft pick.

It took the hiring of Austrian Willi Ruttensteiner as the Israel Football Association’s sports director in 2018 to adapt the Israeli youth development system to a more Euro-centric model. The Israel Tennis Centers are the largest after school program in Israel, yet they haven’t produced a top ranked player in at least a decade. Global best practices for sports training and development need to be considered.

There has been much hullabaloo (at least in the US) about Israel’s attempt to qualify a bobsled team for the recently completed Olympics, in a similar vein to the Jamaican bobsled team. The Jamaican men’s team debuted in 1988, missed the 2018 Games despite significant investments and finished dead last at the Beijing Olympics.

Does Israel have a bobsled track? No, but Israel does have an increasing number of ice rinks. With a fast-growing population, there should be at least one rink in Jerusalem, Haifa and Be’er Sheva, with multiple ice surfaces in the Tel Aviv metro area.

The goal isn’t to inspire the Israeli version of the hit movie Cool Runnings. The goal is for the start-up nation to create a sustainable winter sports program that promotes the best qualities associated with sports and produce medals at international competitions. That is a formula for turning Zion fiction into reality.

About the Author
Adam L Slotnick is the senior writer at The Focus Project. He writes on behalf of a coalition of major American Jewish organizations to combat Jew-hatred and the delegitimization of Israel. The views he expresses are his own. He serves on multiple Jewish National Fund-USA boards and lives in Boca Raton, Florida.
Related Topics
Related Posts
Comments