The first, and central reason I oppose annexation is moral and ethical. I consider myself a Zionist. Because of Zionism, I immigrated with my family to Israel. I wholeheartedly believe in our right to self-determination in our homeland, morally, legally, historically and religiously. I personally believe that G-d had a hand in the national revival of our homeland and I believe in our rights and our connection to all parts of the country: Beit El, Shilo and Hebron, just like Beer Sheva, Lod and Tiberias. At the same time, I think the fact that another nation is living here with us, between the Jordan River and the Mediterranean – The Land of Israel, what they call Palestine – is not a mistake of Providence. I believe that both nations are destined to live together on this land permanently and preferably in peace.

Peace is not just something to be prayed for, a vessel that holds everything. Peace must be pursued. One must strive tirelessly to achieve it. Hillel already formulated the core principle of Torah while standing on one leg, “What is hateful to you do not do unto others.” Just as you would not want the Palestinian to treat you forcefully, unilaterally, taking advantage of the momentary support of an American president, so do not do that to him. If we truly believe in the righteousness of our path, then we will act honestly and fairly towards the other side even if today the force and power is in our hands.

What they are saying in the world is important to me, because in my opinion, it has to do with our calling and the sanctification of the Name of Heaven as a result of the good deeds we do. At the same time, it is more important to me what country we become – both in our own eyes and for the sake of truth.

In one of the last articles he wrote before his death, the late Uri Elitzur, the legendary editor-in-chief of the Makor Rishon newspaper, whom Naftali Bennett calls his rabbi and mentor, and who was a great believer in Greater Israel, stated that John Kerry was right in saying that Israel could become an apartheid state. Elitzur wrote that if the current situation continues or if we annex territories without giving full civil rights to the Palestinians, then Israel will, in fact become an apartheid state. When Elitzur makes the claim on the one hand, and centrist figures such as Professors Amnon Rubinstein and Shlomo Ben-Ami on the other, sign a petition this week making the same claim, then anyone who cares about the essence and righteousness of the state of Israel cannot ignore the argument.

I did not sign the same petition, because I consider the apartheid regime the most horrific, institutionalized system of discrimination known to humanity in the 20th century after Nazism. Therefore, this equivalence for me is not valid. I do not, however, understand how the points that do converge between annexation and apartheid have no effect at all on the decision makers in the Likud and Blue and White. The decision to annex will also affect the previous annexation of East Jerusalem, because it will perpetuate the inferior legal status of the Palestinian population there, which is almost 40% of our capital’s population.

One could be glad that the American government has recognized and adopted the Israeli narrative and all the arguments of the Israeli government. But the Deal of the Century can only succeed if the Palestinian narrative is also heard and adopted, and so long as a solution is not based upon power and unilateralism. “Zion shall be redeemed with justice and those who return in righteousness.”

The second reason I oppose annexation is for legal reasons. For years, representatives of every Israeli government have argued in international forums before friends of Israel and Jewish communities, that Judea and Samaria are not occupied territories, but rather disputed territories, whose future must be determined solely by negotiation. No country in the world has accepted the first half of the argument. The second half, that the future of the occupied territories must be determined through negotiations, was accepted by the world, and is codified in Security Council Resolution 338, to which Israel agreed and that appears in international agreements that we subsequently signed. So now we have decided that all this no longer exists, that we can annex without negotiations. How does it paint everything that we have been claiming for 50 years? What credibility does it leave us with? And why are we doing this? Because we have the power, and we just can. Not to mention serious legal problems such as expropriation of land, the application of absentee property law, and all the implications for the private property of Palestinian citizens that will arise. The results of the annexation of property and land rights in Area A will in all cases be extremely harsh.

The third reason I oppose annexation is about the possibility of reaching a just peace. All those engaged in peacemaking have believed, as an article of faith, that peace cannot be reached with Islam and the Muslim world. Both the right and the left have agreed to this premise. I wanted to test whether this was true. For more than 20 years, I have been on a fascinating journey. More than any other Jew in the country, I have met with Muslim citizens of the state, with Palestinians and with a great many senior Muslims – mainly religious leaders from all neighboring countries. I have met with what we call “moderates” and some of the most radical.

This is not the place to expand, but I can wholeheartedly testify that there has been a huge change in the Muslim world – not only among the political leadership but also almost all of the religiously authentic leadership representing hundreds of millions of our neighbors. There is a readiness for peace with the State of Israel – provided the Palestinian people also receive their own state and independence within the 1967 borders, with reparations and a Capital in East Jerusalem. Two states for two nations until the coming of the Messiah, including concern for the safety of all Jews in the State of Israel.

Religious leadership has demonstrated its commitment to religious peace in many situations in recent years with our mediation (the Religious Peace Initiative) – thus saving the lives of thousands of people on both sides. The revolutionary change in the attitude of the Muslim world is also reflected in their words and actions against anti-Semitism, how they refer to the Holocaust and many other issues. I have no doubt that when these things are made known to the general public in the coming years, many citizens of the State of Israel who have lost hope, who in fact do not desire annexation or force, but are desperate for peace, will gain back the belief that there is hope for the future here. Annexation and force will be a very serious blow to religious peace and all the trust that has been built. 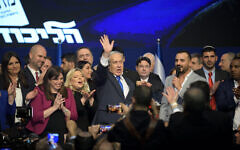 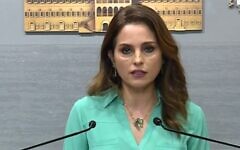