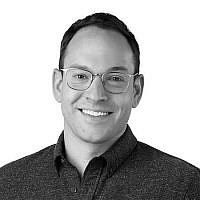 The Blogs
Adam Hummel
Apply for a Blog
Advertisement
Please note that the posts on The Blogs are contributed by third parties. The opinions, facts and any media content in them are presented solely by the authors, and neither The Times of Israel nor its partners assume any responsibility for them. Please contact us in case of abuse. In case of abuse,
Report this post.

A good person is invincible, for they don’t rush into contests in which they aren’t the strongest. If you want their property, take it – take also their staff, profession, and body. But you will never compel what they set out for, nor trap them in what they would avoid. For the only contest the good person enters is that of their own reasoned choice. How can such a person not be invincible?

Epictetus was a writer and founder of the stoic school of philosophy. At its core, stoicism is a way of accepting the world for what it is, and understanding our own nature and acting in accordance with it. Stoic philosophers and followers don’t hope that events will turn out in a specific way, but rather welcome events as they are, and adjust their reactions and expectations accordingly. They ask the question, “Is this something in my control?” and then respond.

Epictetus notes that “the only contest the good person enters is that of his own reasoned choice.” Ryan Holiday, today one of the foremost stoic thinkers, notes that this amounts to “choosing your battles”, thinking through when to go to battle or act on a laboured decision. Holiday writes that choosing your battles is neither weak nor calculating, since it only makes sense to take the first step once you have determined how that step will minimize injury or the chance of failure.

The History of Looking East

Zionism was, is, and continues to be, a reasoned choice.

For the entirety of recorded history, Jews have looked towards the Land of Israel. Abraham was directed by God to lech lecha –  go forth – to the land that he would be shown. There, when his wife Sarah died, he purchased property – a cave – in which to bury her. In so doing, he formalized the Jewish ownership of at least part of the land of Israel. There, the Jewish people became a nation.

King Solomon built the First Temple in Jerusalem. Hundreds of years later, as the displaced Jewish people mourned the loss of their Temple and homeland by the rivers of Babylon, they turned their heads, and their hearts, back to their promised land. Years later, they reconstituted their Temple in Jerusalem, completed their Torah, and ensured that Jerusalem, and the Land of Israel, remained central to their religious, cultural, and community practices.

After the destruction of the Second Temple, the Jews were largely exiled from their land. But even abroad, they never forgot where they came from. Oppressed, victimized, and lost, the Jewish community, though numbering only a few, spread throughout the globe. However, whether they were weak or strong, they always looked East. They warned against forgetting Jerusalem, never stopped praying for “Next year in Jerusalem,” and “Zion” – whether the physical place or the idea – was always inscribed in their practices.

It took 1,900 years however, for the Jewish people to finally decide that an idea for return, could become a plan for return. In the 19th century, both Jews and non-Jews began to turn their minds to the reconstitution of a sovereign Jewish State:

Until 1895, these disparate plans were little more than dreams. Though purposeful and genuine, they lacked a catalyst that would set the Jewish soul aflame. That spark was lit 125 years ago today.

The battle that led to the establishment of Israel began on this date, August 29, 1897, in Basel, Switzerland. Leading the charge was Theodore Herzl, a writer, a playwright, and an advocate for Europe’s Jews. Though not a practicing Jew, and in fact highly assimilated, Herzl was a keen observer of European antisemitism. A workaholic and a dreamer, Herzl realized that the only way the Jews of Europe and Russia could free themselves was to establish a sovereign state in Palestine, or the Land of Israel.

In a matter of months, recognizing that the weight of history would indeed be on his shoulders, he convened the First Zionist Congress. On the banks of the Rhine River, he charged into battle. Armed with an idea, his wit, and clad in his white-tie armour, Herzl changed the destiny of the Jewish people. In Basel, he founded the Jewish State. 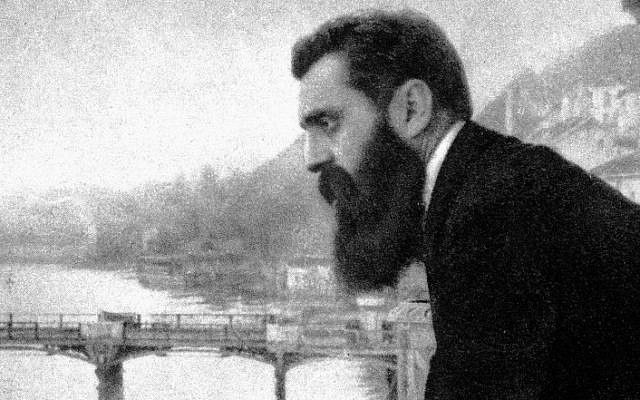 125 years ago, Herzl determined that the time was right for Jews to turn ideas into action. He was the ultimate stoic. He did not hope, but rather welcomed certain conditions and sought to work within them. He set an idea in motion that 50 years later resulted in the establishment of the State of Israel.

The Invincibility of an Idea

In 1897, Herzl’s critics lamented what they believed to be a fool’s errand. They thought the proposed gathering-in of the exiles, and the establishment of a sovereign Jewish state would take away that “something” that kept the Jews alive, in exile, for two millennia.

Epictetus writes however that when one uses reasoned choice, “How can such a person not be invincible?” Epictetus and Herzl have both been proven right.

Yes, the darkest days of Jewish history were still ahead in 1897, but the Jewish people survived. We then thrived. The early days of Israel’s establishment were miraculous. Our army fought off seven Arab forces, welcomed in hundreds of thousands of Jewish refugees, established the mechanisms of a state, created a liberal democracy in the Middle East, joined the United Nations (for better or for worse), and set the gears in motion for what would become a powerhouse in the community of nations.

In 75 years, Israel has proven itself, against the odds, again and again. Yes, it is a state like any other, and is subject to the pitfalls of realpolitik and democracy, but if you are willing to think beyond the zeitgeist, you will see a remarkable achievement that still has its greatest days ahead.

Today, “#Zionism” is trending on Twitter. Hundreds of delegates are gathering in Basel to mark the anniversary by recreating that First Zionist Congress, and Israel remains a remarkable achievement. The 11th President of Israel is staying in Herzl’s room at the Three Kings Hotel, representing almost 10 million Israeli citizens who enjoy the greatest freedoms of any country in the Middle East. Today, he will look over his balcony and see a world beyond the Rhine very different than it was 125 years ago, on account of the mission that Herzl conceived in that same place.

Today’s anniversary ought to serve as a reminder for where we are, and where we are going. It should remind those Jews who are shirking from the fight for Zionism both how and why this movement has lasted so long, with such promise. The Jewish State plays, and will continue to play, an important role in Jewish life worldwide.

Let us be motivated by the spirit of the past and the better impulses of our present. The battle that started 125 years ago, continues to rage today. We must arm ourselves with knowledge, reason, judgment, and a core belief in the merit of our position. Zionism saves lives and guarantees the Jewish future. It is a principle worth defending, a battle worth waging, and arm-in-arm, we commit to honouring the memory of the past with the mission of our future.

About the Author
Adam Hummel is a lawyer specializing in immigration and estates law in Toronto, Canada. He is an active member of Toronto's Jewish community, and a member of the Jewish Diplomatic Corps of the World Jewish Congress.