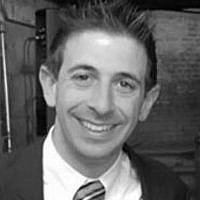 The Blogs
Justin Spiro
Apply for a Blog
Advertisement
Please note that the posts on The Blogs are contributed by third parties. The opinions, facts and any media content in them are presented solely by the authors, and neither The Times of Israel nor its partners assume any responsibility for them. Please contact us in case of abuse. In case of abuse,
Report this post.

“This is Torah?! And this is its reward?!” It is one of the more poignant lines of the Yom Kippur liturgy, as the angels ask incredulously how God could allow such holy rabbis to be slayed at the hands of the Romans.

I utilized Yom Kippur to reflect on my sins as well as the sins of our Jewish community, and these words from the Machzor echoed in my head. As the Teen Program Director for JQY (a non-profit serving LGBTQ youth and their families in the Orthodox community), my thoughts naturally drifted to this population. Over the past few weeks, dozens of LGBTQ Orthodox teens affiliated with JQY returned to their yeshiva high schools. Back-to-school season should be filled with excitement, renewal, and growth. Yet for so many of these teenagers, their first few weeks of school have been characterized by bullying, shaming, and fear. Sadly, rabbis and teachers often turn a blind eye to or even participate in the homophobic speech and behavior. Orthodox institutions pride themselves on fastidiously observing Jewish law, yet yeshiva day schools that neglect their responsibility toward LGBTQ students are violating a litany of fundamental Torah precepts. “This is Torah?!” is a fair question to ask indeed.

Why does this happen? In self-proclaimed modern yeshivas, why is hateful conduct so widely tolerated? In my experience, rabbis and principals are paralyzed by fear of being viewed as “endorsing” homosexuality, as if it were a line of soft drinks or a brand of sneakers in need of “endorsement.” Indeed, day school principals have confided in me that they would be more outspoken in defense of LGBTQ students if not for outspoken homophobic board members and funders. Thus, many Orthodox schools are left with the de facto policy of tolerating homophobic speech and behavior because countering it would be politically and financially damaging. Some schools have made a concerted effort to address LGBTQ issues, but make fundamental errors such as confusing sexual orientation with sexual activity, cautioning students about the “dangers” of being gay, or encouraging gay youth to act less “conspicuous” to avoid being teased.

The leaders of Orthodox day schools are not evil people or hate-mongers, as some cynics would claim. They are merely lacking the resources to effectively navigate a very complex issue. For this reason, JQY is planning a professional development training for school administrators and guidance counselors of Orthodox day schools. In April, JQY hosted a mental health conference on sexuality in the Orthodox community, and Orthodox therapists and Rabbis packed an overflowing auditorium to learn best practices when working with LGBTQ clients. I believe that educators will attend our upcoming training with the same enthusiasm.

When the angels approach God with their grievance of “This is Torah?!,” He silences them and declares that the Rabbis’ deaths are a Divine decree. The silencing of LGBTQ youth is not a decree from On High, and it is most certainly not in the spirit of God’s Holy Torah. In 5776, let’s show LGBTQ students what a safe, nurturing, and authentically Jewish classroom truly looks like.

To learn more about JQY or to make a tax-deductible donation to our teen program visit our website.

About the Author
Justin Spiro is the Teen Program Director for JQY, a non-profit organization that supports LGBTQ Jews in the Orthodox community. For more information, visit JQYouth.org or contact the JQY Hope-Line at (551) JQY-HOPE.
Related Topics
Related Posts
Justin Spiro
Comments