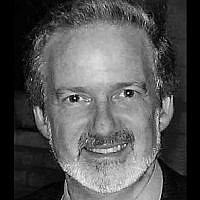 The Blogs
Jeff Daube
Apply for a Blog
Advertisement
Please note that the posts on The Blogs are contributed by third parties. The opinions, facts and any media content in them are presented solely by the authors, and neither The Times of Israel nor its partners assume any responsibility for them. Please contact us in case of abuse. In case of abuse,
Report this post.

Ha’aretz reporter Barak Ravid, on June 16, misled readers by characterizing the Zionist Organization of America (ZOA) as “far right” in the context of its admonitions about Samantha Power, who is slated to be the U.S.’s next U.N. ambassador. Hopefully Ravid did not intend to mislead, but certainly other news media, in connection with this and other stories, have consciously adopted this labeling tack. As if to say, pay no heed to the concerns of this troublemaking group.

Compared to much of American Jewish leadership, the ZOA indeed does appear further right – never “far right” – on the Israel-supporting spectrum. But this is because the former generally has shifted ideologically or tactically left, to the point of several organizations now diverging significantly from traditional positions they once held and shared with ZOA.

How else to explain the near total abstention by American Jewish leaders from even questioning President Obama’s selection of loyalist Power? Surely her documented past animus toward Israel, borderline anti-Semitic innuendo, and potentially dangerous interventionist world outlook warranted at least a hedged response. And what about the pressure major Jewish leaders wielded against ZOA President Morton Klein to walk back his objection to the earlier Chuck Hagel nomination for defense secretary based on a similarly worrisome background?

What are we to make of the provocative recent statements by the American Jewish Committee (AJC) and Anti-Defamation League (ADL), in which they sharply criticized ministers Naftali Bennett and Danny Danon for merely expressing the predominant view in Israel? That Palestinian statehood as envisioned by the Palestinians is a non-starter, and reviving the moribund peace talks is bound to lead to the same dead end as all previous attempts, are salient points with which reasonable people conceivably could agree. They deserve an honest hearing rather than knee-jerk censure.

ZOA’s mission is to provide that hearing and stimulate thoughtful debate. Its rational centrist positions consistently have been grounded in facts, history and common sense — not fantasy and wish fulfillment. Since the signing of the Oslo Accords 20 years ago, for example, ZOA has been a leading critic of the Palestinian Authority’s failure to abide by its commitments, among them to settle disputes via bilateral negotiation, stop anti-Jewish incitement, and combat terrorism by arresting terrorists and detaching itself from Hamas. Drawing the most logical conclusion from this and other very sound arguments, ZOA has opposed the creation of a Palestinian state at this time.

Still, if insisting the Palestinians must be held accountable is what is meant today by “far right,” Ha’aretz’s Ravid would have to put the Left’s iconic godhead Amos Oz in that camp, too. After all, Oz was the one to stipulate as a condition for Oslo (Jerusalem Post, “From Battles To Bridges,” September 3,1993) that “Israeli doves, more than other Israelis, must assume a clear-cut ‘hawkish’ attitude concerning the duty of the future Palestinian regime to live by the letter and the spirit of its obligations.” How unfortunate that ZOA has been forced to more vigorously assume the Oz mandate because he, his colleagues and their counterparts in America have neglected it all these years.

Few American Jewish organizations remain that are unafraid to speak candidly about the futility of pursuing a completely unreliable but more likely malevolent peace partner. Yet, a majority of American Jews, unlike the outspoken leaders claiming to represent them, identifies strongly with this most basic premise. Ironically, it is AJC surveys that have shown 55% to 38% are opposed to Palestinian statehood, and 76% believe Israel’s destruction is the true Palestinian motive. Even American non-Jews are wary, with a Gallup poll earlier this year showing only 44% in support of a Palestinian state.

The likes of AJC and ADL would have all believe embracing the Palestinian statehood “solution” is Israel’s last-ditch option. Inconvenient statistics and Middle East realities be damned, these groups appear newly invested in convincing Israelis they will lose Jewish diaspora and American support unless they fall in line. Is marginalizing instead of engaging those who disagree a deliberate strategy to achieve this goal, or just the natural outcome of the doctrinaire mentality much in evidence these days? I pray this trajectory will soon end, on all counts, but I suspect this is only the beginning.

About the Author
The Zionist Organization of America established an Israel office at the end of 2007 with Jeff Daube as its director. Crossing the Atlantic as an oleh from New York, Jeff brought along his 18 years of Israel advocacy experience intermixed with 31 years of teaching. He then naturally focused his new role on communicating an accurate sense of the Knesset and the Israeli people to Congress, and vice versa, while educating about the intersecting interests of both of his beloved countries. Jeff continues to stress these priorities in his ZOA work, and as Israel co-chair of two parallel groups: Legal Grounds/The Campaign to Promote Israel's Rights, and The International Committee for the Preservation of Har Hazeitim (Mt. of Olives).
Comments