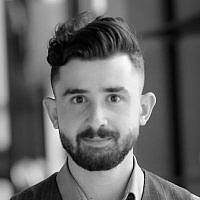 The Blogs
Enis Abo Alhasan
Apply for a Blog
Advertisement
Please note that the posts on The Blogs are contributed by third parties. The opinions, facts and any media content in them are presented solely by the authors, and neither The Times of Israel nor its partners assume any responsibility for them. Please contact us in case of abuse. In case of abuse,
Report this post.

Recently, Facebook’s CEO Mark Zuckerberg made an announcement that he’s changing Facebook’s corporate name to Meta Platforms Inc., or Meta for short. Zuckerberg’s vision and the aim are to switch Facebook’s focus from social media to metaverse technology. The literal meaning of the metaverse is “beyond the universe” which connotes a universe that exists in the virtual realm but feels just as real. Its accurate definition is a virtual reality space that users can enter and access using gadgets or devices. For example, if we think of a game, let’s say Minecraft, we control the characters and the events in the game by using commands and physical buttons. However, the metaverse allows us to be inside the game, participating from the outside.

The key features that constitute the metaverse are that it’s physical and digital simultaneously; it is always on and in real synchronous time. The users will be able to enter the virtual metaverse with the use of IoT (Internet of Things), AR (Augmented reality), VR (Virtual reality), and emergent technology. For example, Zuckerberg announced that the users would have to wear a VR headset, like the “Oculus Quest”. By doing this, users can both physically and virtually experience the metaverse where they can interact, collaborate, and communicate without needing to be in the same place.

The high likely scenario for the metaverse to work efficiently is using a group of IoT devices employed by the Metaverse platform to collect data. Thus, the metaverse needs to connect to many hardware, controllers, and physical objects, which can be done with the help of IoT. Implementing IoT to these objects, along with special sensors, will allow the user to connect to the metaverse and “move” both physically and virtually. This exclusive ability of the IoT is the basis of operating the metaverse. Furthermore, the operation process requires an immense collaboration between different companies and devices, which undoubtedly raises data protection concerns. Andrew Bosworth, the VP of Facebook’s Reality Labs, adds that “the metaverse isn’t a single product that one company can build alone”.

Nevertheless, the vision of one connected world outpowers these concerns. Zuckerberg’s vision is ambitious and paves the way to a much greater future for a variety of fields, not just consumer software. For instance, with the arrival of the industry 4.0 revolution, the manufacturing field has been evolving rapidly with the help of IoT technology. While Zuckerberg plans on using AR and VR in operating the metaverse, the manufacturing sector is also taking advantage of this technology. According to recent studies, 43% of manufacturing companies reveal that VR will become mainstream in their organization within the next three years. Also, AR development statistics for 2020 reveal that AR companies are working on industrial applications rather than consumer software.

As a company specializing in IIoT (Industrial Internet of Things) and automating device connectivity to the cloud, Siraj Technologies sees a future for this industry and for a connected world. As Meta Platforms (previously Facebook) emphasizes the jump to the metaverse technology, we also see a need in using these technologies in the manufacturing sector. As Meta’s use of IoT will make the metaverse experience more efficient, it will also help manufacturers rise with their company. Our experience with the manufacturing industry, both automating and digitizing the internal processes of the manufacturing will make them easier and faster. Which, by default, allows the existence of a connected world that will make life’s processes and tasks run more smoothly.

Zuckerberg’s metaverse is an important step forward into the future of IoT usage both by average users and manufacturing companies. And as stated before, IoT is crucial for it to function and to ensure a seamless process. Thus, both companies and consumers must begin implementing and investing in these technologies into their lives to achieve the vision of a connected world.

About the Author
I am a BA graduate in technology marketing from Sapir college, and an MHA undergraduate in health systems administration at Ben Gurion University. I work as business development manager at Siraj technologies and provide a broad range of businesses with knowledge regarding the implementation of Industry 4.0 technologies and their benefit to optimize business processes.
Related Topics
Related Posts
Comments