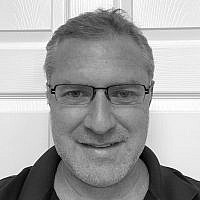 The Blogs
Joseph Freedman
Apply for a Blog
Please note that the posts on The Blogs are contributed by third parties. The opinions, facts and any media content in them are presented solely by the authors, and neither The Times of Israel nor its partners assume any responsibility for them. Please contact us in case of abuse. In case of abuse,
Report this post.

Need something good to read? Not impressed with the current junk out there? Want something deep? Meaningful? Critical thinking required? A way to escape and grow as a person at the same time? Having read thousands of books in my day, I have curated a top 10 list of European and American fiction novels that at one time or another caused me to swear ‘This was the best book ever written.’ Many touch on concepts of solitude, existential angst, and the conflict of man vs himself juxtaposed with man vs society. Certainly timely subjects, once again proof that there really is nothing new under the sun. Enjoy! And if you like something by a specific author, dive in and read more of their works.