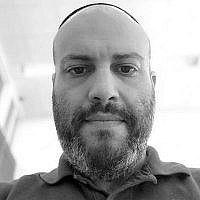 The Blogs
Yehuda Stark
Apply for a Blog
Advertisement
Please note that the posts on The Blogs are contributed by third parties. The opinions, facts and any media content in them are presented solely by the authors, and neither The Times of Israel nor its partners assume any responsibility for them. Please contact us in case of abuse. In case of abuse,
Report this post. 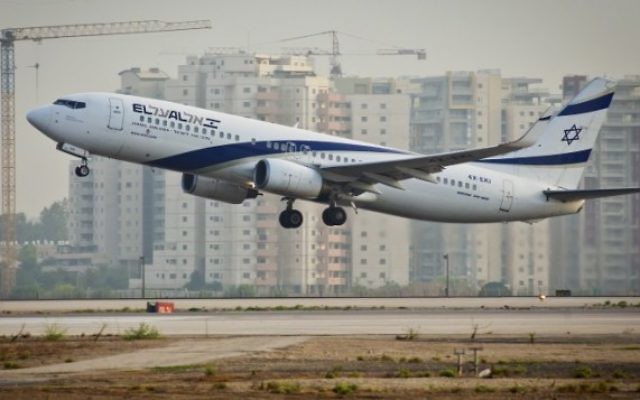 I traveled from JFK to Tel Aviv on the now infamous Thursday night flight and spent Shabbat in Athens. I am a long-time frequent flyer of El Al (top platinum and platinum status) and for many years have traveled back and forth on the Israel-NY route. Although I have many airline choices, I have consistently chosen El Al because of my belief it is the airline that is most likely to get me home for Shabbat in the event of a problem.

Over the years, I have literally traveled on a few hundred transatlantic El Al flights and can honestly say I have never had an experience like last Thursday. To put this in perspective, I have even been on a flight which took off from Tel Aviv, recognized it had a landing gear problem, circled in the air for hours until the sun came out and then had to make an emergency landing in Tel Aviv with a runway filled with fire engines, TV crews, politicians, and the CEO of El Al. Although everyone on that flight knew the life-threatening situation we faced and that we had been circling in the air for several hours, that flight did not experience a fraction of the drama and panic that was present in Thursday’s flight.

Although it is atypical for me to write something like this, I firmly believe that everything happens for a reason and although I cannot know for sure, perhaps one of the reasons I was on that flight was to share my perspective.

I learned numerous lessons from the flight and Shabbat and have chosen to share them in a format of five negative and five positive lessons that I learned. I am using this format not to belittle the event, but to help me better organize and share a bevy of emotions and thoughts that are still racing through my head.

Finally, by way of background, my seat on the plane was 25G (the first row of the coach middle seats, in an aisle seat). I mention this because I feel I had a relatively good view of the different sections of the airplane and passengers , although admittedly not the upstairs business class cabin where the pilot cabin is also located.

Five Negative Experiences and Lessons from the Flight

Having cast the blame elsewhere, I would unfortunately also like to point out that I do not believe that we the passengers were blameless either. The distressed conditions raised the stress level and ugly prejudice between the religious and non-religious reared its head. I’m not even sure why we were arguing, as everyone on the plane seemed to want to go directly to Israel and not to Greece. Nonetheless, the raised tensions caused us to scream and accuse each other of different agendas. Why? We all just wanted to land safely in Tel Aviv. We all should have been more courteous and respectful to the crew who were not responsible for the decisions. With the benefit of hindsight and calmer conditions, I think we need to recognize that we were all one group (including the crew) who were placed in an extremely stressful situation, trying to get to our homes, families, or vacation destinations before Shabbat.

Although I certainly would not wish my crew or fellow secular passengers any further discomfort, in some ways, I am saddened that we did not all have the opportunity to spend shabbat together in Athens. I think the time together might have helped us come together and heal as a community and recognize that ultimately we are all a united group who only want the best for each other.

In summary, we had a challenging and interesting few days as a group. However, by and large, I believe most members of the Athens group would agree that we gained a lot from the experience. While none of us would ever had chosen this experience from the outset (or choose it again!), we have undoubtedly become enriched by the experience.