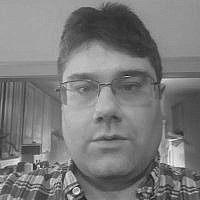 The Blogs
Michael J. Brown
Apply for a Blog
Advertisement
Please note that the posts on The Blogs are contributed by third parties. The opinions, facts and any media content in them are presented solely by the authors, and neither The Times of Israel nor its partners assume any responsibility for them. Please contact us in case of abuse. In case of abuse,
Report this post. 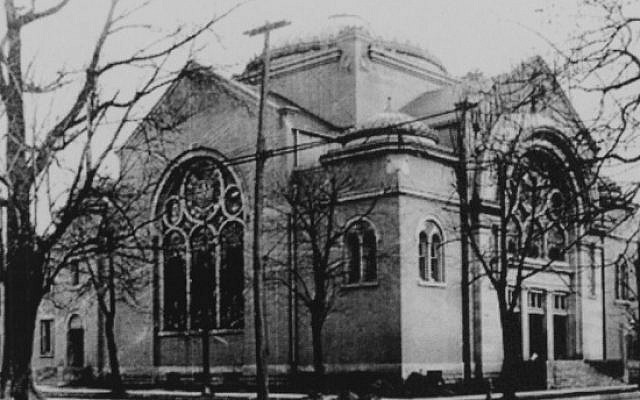 Indianapolis Hebrew Congregation/ Jim Jones’ Peoples Temple - 975 North Delaware Street - Photo By: Garry Chilluffo
Indiana — the “Hoosier” state where fictional shows such as “Stranger Things” and “Parks and Recreation” have been based — has really drawn a blank for both Jewish scholars and laymen alike looking for the Jewish History of Indiana (often called “Crossroads of America”).
I have written this in the spirit of the 50th anniversary of the Indiana Jewish Historical Society to answer some misconceptions about Indiana’s Jewish Past.

After years of reading these misconceptions and sometimes downright myths in various articles and websites over the years of my research into Indiana Jewish History, in this article, I attempt to unpack many of the confused ideas some people have about Indiana’s Jewish Past. Some of the entries could be proven correct if more primary or secondary sources could be found, and some primary and secondary source material evidence shows some of these articles to be outright myths.

The answer is clear. No, he was not Jewish. Delving into records and genealogical trees bares out no documents to prove the late Great Hoosier Director was Jewish. In fact, his IMDb Bio states, “His parents were both of Pennsylvania Dutch (German) descent” despite his commonly Jewish-sounding last name; however, two Jewish Directors of Historical note were born In the Hoosier State, including Indianapolis-born Director Larry Frisch, an early filmmaker in the infant Israeli film Industry, who directed the first full-length film entirely produced in Israel called “Tale of a Taxi.” in 1956. Additionally, Frisch was the assistant director of the film “Exodus” and the Director of Kazablan, a legendary Israeli Film about Jewish ethnic divides. Sydney Pollack, also born in Indiana, in Lafayette but grew up in South Bend, directed more than 20 films, including “Tootsie,” and acted in over 30 movies.

This is false and seems to trace itself to a legend that Indianapolis Rabbi Morris Feurlicht picked up on. The truth is that it’s unclear if Fort Wayne, Lafayette, Evansville, or Madison, Indiana, had the first Jewish community in Indiana; all of them seemed to be good candidates for the claim for different reasons, and all of them formed Jewish Communities to varying extents by the late 1840s. Evansville with Indiana’s First known permanently settled Family in 1837, the first known Jewish Congregation formed in Fort Wayne in 1848, and Lafayette only a year later. All of them had established early Jewish Burial Societies.

This is false. By the time Adam Gimbel had settled in Vincennes in the early 1840s, the local tribes had already been expelled. This myth is due in part to a Novelization of Adam Gimbel’s life, “Adam Gimbel: Pioneer Trader” by Helen Wells, published in 1955. that is much more myth and folklore than fact.  Something true about the Gimbels is they positively impacted the course of American Retail History and created the first known Thanksgiving Parade in Philadelphia. Other early Jewish pioneers to the area, such as David Israel Johnson of Connersville, Indiana, John Jacob Hayes of Fort Wayne, an Indian Agent in the 1820s, and Moses Falk of Peru, Indiana, were also known to trade with local Native Americans in Indiana in the 1830s.

False although true, Knefler dropped out of Synagogue life after returning to private life in Indianapolis from the Civil War (before the Civil War, he was one of the founding members of Indianapolis Hebrew Congregation) as one of the highest-ranking American Jews in the Union during the Civil War, no evidence has been found that Knefler chose to cease identifying as a Jew and convert to Christianity. One theory is that Knefler quietly became a secular freethinker after the war. As many of his immigrant 48er revolutionary compatriots who came to Indianapolis.  Knefler was constantly in the limelight as a hero and celebrity after the war. He also helped to build the Soldiers and Sailors Monument in Indianapolis.

5. Ligonier has a unique Jewish community not found in many small towns and cities in Indiana.

Ligonier was one of a chain of German-speaking small Jewish Communities spread out over Indiana, albeit a later community relatively speaking, and one of the wealthier smaller Jewish communities in Indiana; in reality, Indiana had small early Jewish communities at the far southwestern part of the State in Mt Vernon Indiana and in places such as Wabash, Peru, Logansport, LaPorte, Columbus, Madison, and later small Jewish communities in areas such as Marion, Kokomo, Richmond. Goshen, Indiana, is a fascinating City with many Mennonites and had a Jewish community until the early 1930s that consisted of German Speaking and Yiddish-speaking Jews who were both Orthodox and Reform living in Harmony, balancing different traditions in a town that was too small for two Shuls.

6. Jews were burned at the stake by The French near Vincennes, Indiana.

Max J. Kohler published about this in 1907 and was republished in a few other sources; however, no primary or other reliable secondary sources can be found about this event, making it suspect that it ever really occurred in Indiana when it was a French Colony.

7. The Ku Klux Klan was not a source of concern for Jews during the 1920s in Indiana

The Klan’s boycotts and intimidation against Jews caused a shock wave. The Indiana Klan was known for Blackmailing one prominent Jewish Resident of Lafayette, Indiana. The Klan burned a cross next to Ligonier, Indiana, to frighten that town’s 200 Jewish community members. The Indiana Klan would hand out copies of the “Fiery Cross,” the Klan’s Indianapolis-produced Newspaper. The Klan threatened to drive all of the Jewish Businesses out of Indianapolis.

Isaac Levi was born in Hungary, and despite having a stereotypical-sounding Jewish last name, it’s unknown if he was Jewish or not. A fellow rumored Jew was Moses Henry, who also fought alongside George Roger Clark in the American Revolution serving in Vincennes, Indiana. Based on tracing genealogies, nothing indicates they were Jewish, nor do we have primary sources that they were Jews. However, later references in the early 20th Century discuss them as Jews.

9. The Jewish Federation of Indianapolis was founded as primarily a Community Chest and Fundraising operation

Indianapolis Hebrew Congregation did indeed sell its beautiful 1899-built Temple to Jim Jones’ Cult Group; however, the Temple was sold to Wings of Deliverance Church in 1972 by Jim Jones Cult and then sold again to St. Jude Deliverance Center in 1975 before the Temple burned down.

Michael J. Brown is the Executive Director of the Indiana Jewish Historical Society

About the Author
Michael, who has recently worked for Israeli start-ups, brings his love of Jewish heritage and culture to his job as executive director of the Indiana Jewish Historical Society. Michael is a board member of the Sinai Synagogue in South Bend. He is the former Executive Director at The Hillel of Southern Illinois University. Michael has a significant background in Jewish history, program innovation, and volunteer work. He earned his Bachelor's degree from Indiana University Bloomington in 2007 and has a Certificate from the Borns Jewish Studies Program. Michael is a US Army Reserves and National Guard veteran who served in the Medical Corps. Michael loves discussing Jewish food's history and evolution and is the host of IN-Jewish History Podcast, a series discussing Indiana's Jewish past.
Related Topics
Related Posts
Michael J. Brown