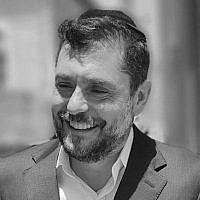 The Blogs
David Page
US Lawyer and Israel Attorney
Apply for a Blog
Advertisement
Please note that the posts on The Blogs are contributed by third parties. The opinions, facts and any media content in them are presented solely by the authors, and neither The Times of Israel nor its partners assume any responsibility for them. Please contact us in case of abuse. In case of abuse,
Report this post.

The start-up nation has generated a wealth of great business ideas that have helped power such applications as Fiverr, Wix, and Waze, as well as game-changing tech like MobileEye. But success isn’t automatic, and it requires navigating the shoals of business law in order to mitigate some of the most common sources of legal risks in the United States and beyond.

To help businesses navigate those legal risks, here’s a list (based on my own experience after a couple of decades in the business of law and now the principal of my own law firm) of the top 10 most common problems faced by businesses in the US, and a list of law hacks to try to mitigate those legal risks. Obviously this isn’t meant to be a substitute for sound personalized legal advice, whether from a top traditional law firm like Wilmer-Hale or a lower cost solution like RocketLawyer or Inside Outside Counsel. But with these top 10 problems and their law hack solutions, you can roll smarter and savvier when you do business in the US.

Sometimes it’s a technology that has been painstakingly developed by a company. Sometimes it’s a formula – like the Coca Cola secret formula – that makes the difference between just good and really great. Sometimes it’s a patent that has not yet been fully secured. It’s easy for people to take or even to outright steal the money-making IP. And with that a business can easily lose its edge overnight.

To prevent this, it’s not enough to rely on a non-disclosure agreement or NDA protecting confidential information. That’s because it’s very hard to track just where information came from, and there’s always an out in a typical NDA’s clause stating basically that confidential information that comes from another source or has been developed independently isn’t covered by the non-disclosure agreement.

Instead, the biggest hack is to hold this proprietary confidential information close to the chest. A “need to know” basis should mean, practically, that most people don’t need to know much at all beyond the potentially groundbreaking application of the confidential technology, which can be a little more public (of course, it depends how quickly others will be able to imitate once they know what the technology is designed to accomplish, so there are no hard-and-fast rules).

A second hack (more expensive and less good) is to patent – but only in the jurisdictions you think you’ll really need, the US of course being one. Remember, patent protection is retroactive, so if you get a patent, anyone who infringes it will have to pay retroactively. But patent litigation is costly, and so that’s no guarantee either.

There are wealth of different forms of companies and entities to use when doing business in the US, and each one comes with advantages and disadvantages. The C-Corporation, a commonly used traditional corporate form, is famous – board meetings, shareholders’ meetings, and of course limited liability for the owners. But the C-Corporation is not the only form that’s worth considering.

As a good law hack, there are other corporate forms, like the Limited Liability Company or LLC. The LLC allows for a less formal structure, doesn’t require all of those meetings, etc., and allows for easier accounting – the LLC is a passthrough entity in which income goes straight to the individual owner’s tax return – while still preserving the limited liability of a more traditional corporate structure. But of course there are many forms, such as the limited liability partnership, or LLP. The LLP acts much like an LLC but with certain advantages for different types of investor-owners.

Another law hack that should be considered is the difference between ownership and participation in management. As long as an owner retains a majority interest in a company, he or she can make decisions from the outset – by properly crafting a C-corporation’s bylaws or an LLC’s operating agreement – to ensure that the right people are managing the company. There can be different classes of stock in a C-corporation or membership interests in the case of a limited liability company, and these can be used to keep sharing the wealth separate from management responsibilities.

3. The Problem: Bad Business Partners – Use These Law Hacks to Protect Yourself

As the adage goes, date for marriage, don’t marry for dating. One of the most common errors companies make is taking on a bad business partner. Whether it’s a distributor for a product in a particular territory or a potential partner who brings a set of desired business abilities to a company, one of the biggest pitfalls companies fall into is jumping into apparently promising partnerships that go nowhere. Or at least nowhere good.

To avoid these types of problems, two law hacks help: Use performance benchmarks, for example for a product distributor, that if not met, downgrade the relationship or terminate it. The second hack is to take on a partner in a joint venture agreement instead of actually forming a company with that new partner that may be hard to dissolve. The joint venture agreement keeps the JV going for a particular project, while the JV partners stay separate. So if the project doesn’t make money, the partners can easily go their separate ways.

4. The Problem: Avoiding the Embezzler – Tips to Get This Right

The embezzler is a good villain for the movies or for novels, but he or she is a bad character to have around. To avoid this problem, there’s an easy law hack: Put joint signature rights on all financial accounts. And while you’re at it, put joint signature rights on all significant contracts and abilities to bind the company. In that way, you lesson the chance of a bad actor committing the companies in way you don’t want.

5. The Problem: Not Protecting Your Business Interests – Simple Ideas to Avoid a Bad Day in Court

While when things are going well, no one wants to think about prenuptual agreements, it is useful to devote some thought about conflict resolution in the business law context. We are talking about dispute resolution clauses and alternative dispute resolution or ADR. What happens if things don’t go well? And they often don’t go well, and then the litigation costs can be prohibitive and prevent companies from devoting financial resources to revenue-producing activities.

The law hack here is that it’s a good idea to go for binding arbitration clauses and ADR. Because it saves the cost and expense and time of navigating the formal court system. Instead, a single arbitrator can decide a case via binding arbitration in a way that will be legally binding. And the result may be better too than rolling the courtroom dice.

In the next part of this article, we’ll explore the other 5 top problems commonly faced by companies, as well as some law hacks to deal with them well and cost-effectively.

About the Author
David Page is a US and Israeli attorney practicing law in Jerusalem. David is a graduate of Harvard University and the University of Chicago Law School, after which he went to study European law at the University of Paris and to clerk on the US Court of Appeals. David also has learned at the Mir Yeshiva, and has taught public health policy at the Faculty of Law of the Hebrew University of Jerusalem and published in the field. He served as regulatory counsel in an American Israeli high-tech company for more than a decade dealing with medical technology and has for the past half decade practiced law and legal risk management and is the creator of the podcast and video series Law - Hacked! on YouTube at https://www.youtube.com/channel/UCo509qjY2iDH9GABJUhj0kQ and on Spotify, ITunes, and wherever you listen to podcasts. You can write David at david@davidpagelaw.com or visit him at www.davidpagelaw.com.
Related Topics
Related Posts