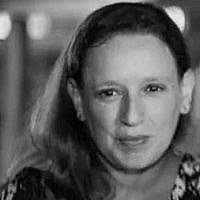 The Blogs
Catherine Gordon
Apply for a Blog
Please note that the posts on The Blogs are contributed by third parties. The opinions, facts and any media content in them are presented solely by the authors, and neither The Times of Israel nor its partners assume any responsibility for them. Please contact us in case of abuse. In case of abuse,
Report this post. 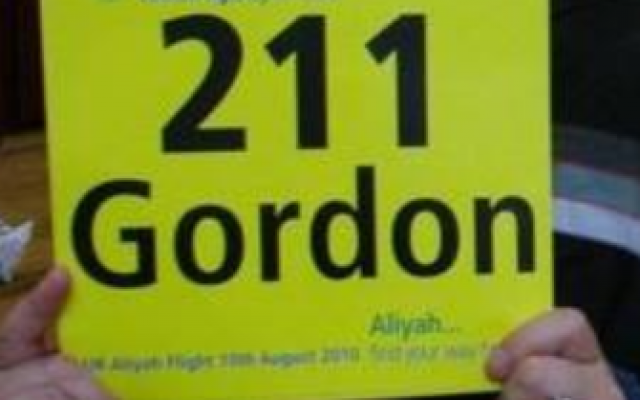 Ten years ago today I woke up as a British Jew.

I spoke the language fluently, I knew how to navigate bureaucracy and I could happily scan read anything I saw without giving it a second thought. I was confident that I knew what I needed to know and how to get things done. If I didn’t know something, I was capable of finding it out and if couldn’t do something, I was more than capable of learning what to do or finding someone to do it.

In summary, I was a capable, educated, articulate, functioning, working adult.

By the time I went to sleep in the early hours of the following morning my life had changed forever. I was Israeli. I was a dual-national.

In summary, I was an incapable, inadequately educated, inarticulate, barely functioning, unemployed adult.

I didn’t emigrate alone. My husband had much more advanced Hebrew than I did. My son, then aged 7, had about 100 words that he had learned from flashcards and could read and write using block letters like the ones printed in books.

As I fell asleep that night, I felt that this was an acceptable situation as a new immigrant. I knew that I was taking a difficult step but I was confident than in time, with work, patience and experience, I would no longer feel so alien. My Hebrew would improve and one day I would feel a little like the person I was before I came. I hoped to be involved, engaged, knowledgeable and settled.

Sometimes I don’t know where 10 years went. It seems like yesterday that we landed full of hopes and dreams. On the other hand, a lot has happened in 10 years and my life is very different now.

I spent 18 months learning the language but didn’t make a great deal of headway. Languages are not my forte but over time more and more sunk in. My grammar was good but my capacity to remember new words, less so, so it took a while for things to fall into place. It probably took me about four years to be confident enough about what I knew and I didn’t know to hold a half-decent conversation. By half decent, I mean that I was able to explain what I hadn’t understood and try and get someone to say it again or differently. I wasn’t a quivering wreck anymore. Outside of the most simple conversations though, I was still fairly useless. I still had hope at this point that I would one day be fluent. I had come from almost nothing to understanding about 30% and understanding enough to know what I wasn’t catching (a big thing for me and a big part of being able to communicate). It was just going to take time.

By now I was working (albeit in English) and had helped my son get to the end of Primary School and start High School. We had moved twice since we had come to Israel and were now in our third home. I could just about get by in shops, pick up parcels from the post office and I had a wide circle of friends, many of them able to help me when I didn’t know how to do things. I was getting there but I had a long way to go. I still felt every bit the alien but it felt like I was learning all the time and that one day, I would be okay.

Just after my son started High School, just over four years since I landed, I got breast cancer. I spent the next year doing very little else outside of dealing with it. Next, we celebrated my son’s bar mitzvah. Not long after that, I lost my younger brother (my only sibling) to esophageal cancer. He was 32.

I had learned a lot of medical words and a fair bit about medical bureaucracy. I was learning when to nod and smile too. I think this is essential as an immigrant. Sadly, people are often too caught up in what they are saying to notice if you understand or not so often you can get away with this when all else fails. You need a certain level of language to do it of course and I had reached that, clearly!

These were difficult times, but life goes on and here I am.

So 10 years on, am I still an incapable, inadequately educated, inarticulate, barely functioning, unemployed adult? An ‘alien’ in Israel.

The answer you want to hear is of course, no. So I will start by showcasing some of my achievements here in Israel.

So as you see, I have certainly achieved things here in Israel. I daresay more than the little list above, but 10 years on, am I still an incapable, inadequately educated, inarticulate, barely functioning, unemployed adult. An ‘alien’ in Israel.

The real answer is no and yes, in that order.

I am not completely incapable. I have a better of idea of how to do many things and who to ask if I need help but I am also aware of just how much I don’t know. I don’t even know what I don’t know, something that scares me silly. The more I learn in Israel the more I come to the conclusion that I am just a silly foreigner that hasn’t a clue.

I am not unemployed. I don’t feel inadequately educated now because I have good work in English where I can use my talents, qualifications and experience. I do, however, understand that I will never work in Hebrew. I thought that I would, one day. Now I know that I will not. This was a hard blow but I don’t think I will ever be fluent which is another hard blow. Chemotherapy damaged my short term memory. I have worked hard to compensate for this and improve it but it has meant that my absorption and retention of new Hebrew words has slowed right down. If I pick up a couple of words a week that is a good week now. So I am resigned to the fact that although I will continue to try and to learn, to listen to radio and songs, to watch TV, to talk as much as I can and participate when possible, I won’t ever be fluent. I do understand much more than I can recall and use. I passed all those milestones that I thought would mean I was fluent and I am still struggling. I genuinely thought, 10 years ago, that I would be fluent, in the future. Certainly by now. I know now that I am not and that in all likelihood I will not be. It has been an upsetting realisation.

I am not barely functioning but I don’t feel in control of things. I can’t scan read. I have to read almost every word and then process and translate it. I miss signs and notices and announcements. I miss things that are important. I miss the ‘chatter’ in groups. I miss out on benefits and things I should know. I manage to access more than I did but I now know just how much I miss out on. I spent a lot of time trying to put in place systems so that I don’t miss important things but often things simply slip through because they come from places and in ways that I didn’t factor into my systems.

Today I am no longer an Olah Chadasha – A new immigrant.

In reality, I feel more alien and foreign than I did 10 years ago. With every day that passes something will happen that I don’t understand or that reminds me of just how little I understand here about how things work and what goes on. When fluent Hebrew speakers find out I have been here ten years and I am not ‘fresh of the plane’ they have a way of making me feel even more stupid because I am not yet fluent. I still have hopes and dreams for my life here in Israel but they are not those that I came with. 2020 has had the added difficulty for me that many immigrants have experienced. My parents are far away and I can’t see them nor them me. I have no timeline for when this will change.

With each day that passes here in Israel as a British Israeli, I feel more and less Israeli. So to the answer to the question that I am often asked ‘Did I make the right decision, making aliyah?’ the answer is a resounding yes (and no).

About the Author
Born in Manchester in the UK, Catherine has lived in nearly 30 homes in seven cities and landed in Modi'in, Israel with her husband and son in 2010.
Related Topics
Related Posts
Comments