Exactly 100 years ago today, something happened that had never happened before in this country, as far as we know. On March 18, 1922, a twelve year old girl went to synagogue with her family. Her parents, grandparents, and siblings were there, as well as the members of the brand new synagogue that her father had established. After the Torah service had ended, she came up to the front of the room, recited the blessings for reading from the Torah, and read Torah from a book, in Hebrew and English. The girl’s name was Judith Kaplan, later Judith Kaplan Eisenstein, and she had just had the first American bat mitzvah. 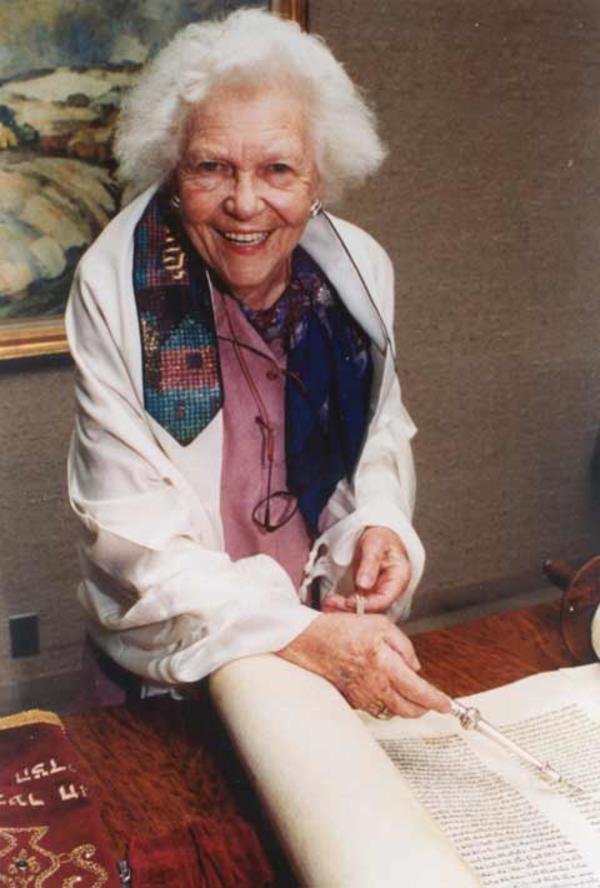 Judith Kaplan Eisenstein was the daughter of Mordechai Kaplan, the founder of the Reconstructionist movement, and an advocate for women’s participation in Jewish ritual. He was the one who had the idea of a bat mitzvah, and who insisted that each of his daughters would have one. Interestingly enough, he was unable to hold Judith’s bat mitzvah right when she turned 12, because at the time, there was no synagogue that would do such a thing. It was only when he founded the Society for the Advancement of Judaism a few months later that he was able to make his dream of his daughter’s bat mitzvah a reality. Decades later, Judith wrote an article describing her experience in detail. One thing that stuck out was that even though guests had been invited, her father did not decide exactly what she would do at the service until the night before. On Friday night, she and he sat down in his office, and they made the final plan for what she would do. That’s quite a different experience than most of our children have nowadays, with a year or more of very specific preparation!

Another notable detail in the article was the description of her disapproving grandmothers, and her own concern about how her peers would react to her doing something that was so different from the norm. Making change is hard, and even people who might stand to benefit from changes can be quite resistant to changing the way things have always been, for a whole host of reasons. For decades after bat mitzvah became an option, girls and their families in many communities were reticent to do something that felt different or untraditional. 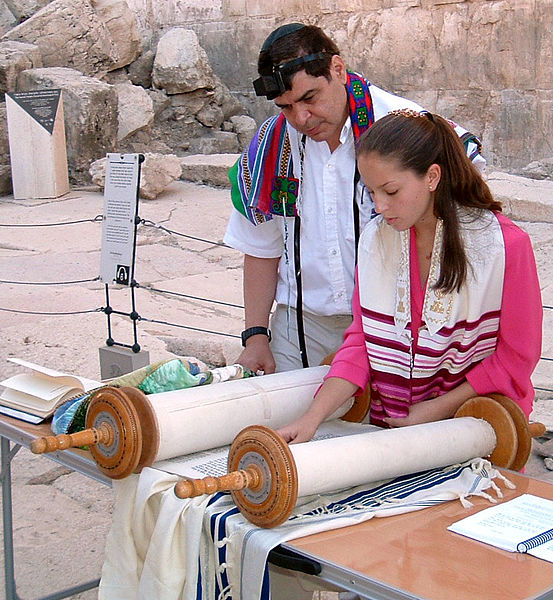 In honor of this important anniversary, I would like to share some of the history of the American bat mitzvah. And by the way, I specify American, because it seems that there were bat mitzvah celebrations in Europe already in the early 1900s, and there were group confirmation celebrations for girls there as much as a century earlier. The idea that a girl takes on a certain amount of responsibility for her own Jewish decisions at the age of 12 is not new – it goes back to the Talmud. What was new in 1922 was the idea of celebrating it, particularly in the context of a service, and by performing public prayer rituals.

Judith Kaplan’s bat mitzvah in 1922 may have been the first in our country, but it took some time for the bat mitzvah to take off. In 1932, ten years later, Rabbi Morris Silverman wrote a description of what a bat mitzvah is in the “Survey of Ritual” for the Rabbinical Assembly. He describes a ceremony similar to the one that Judith Kaplan Eisenstein took part in, and notes that in some congregations the girl gives a “brief original address” as well. According to him, at that time there were 6 congregations which offered such a ceremony, 3 more planning to do so in the near future, and 2 more which intended to offer a Friday night bat mitzvah.

By 1948, one third of Conservative synagogues offered bat mitzvah to their members, and by 1955 it was half. By 1962, it was 85 percent, although most of those were on Friday nights or at some time that was not Shabbat. By 1995, 100% of Conservative synagogues did Shabbat morning b’not mitzvah. Of course, during those decades when synagogues were beginning to offer the option, it wasn’t necessarily expected of all girls – for a long time, it was considered optional, and many families chose not to do it. Over time, it became more common, and eventually expected.

You may note that I gave the statistics for the Conservative Movement. The Reform movement was actually slower to take on the ritual of bat mitzvah, in part because many Reform congregations weren’t doing bar mitzvahs either – they were doing confirmation ceremonies, and only later returned to the ritual of bar or bat mitzvah. The Orthodox community was slow to adopt the bat mitzvah, but by the 1970s some Orthodox women were already starting to hold women’s prayer services, in which girls would celebrate a bat mitzvah with Torah reading, Haftarah, and giving a dvar Torah. Over time, a wide range of other options developed in the Orthodox community to mark that milestone. And of course there are many people who have celebrated bat mitzvah celebrations in synagogues affiliated with other movements, or which are unaffiliated, or even not at a synagogue at all. 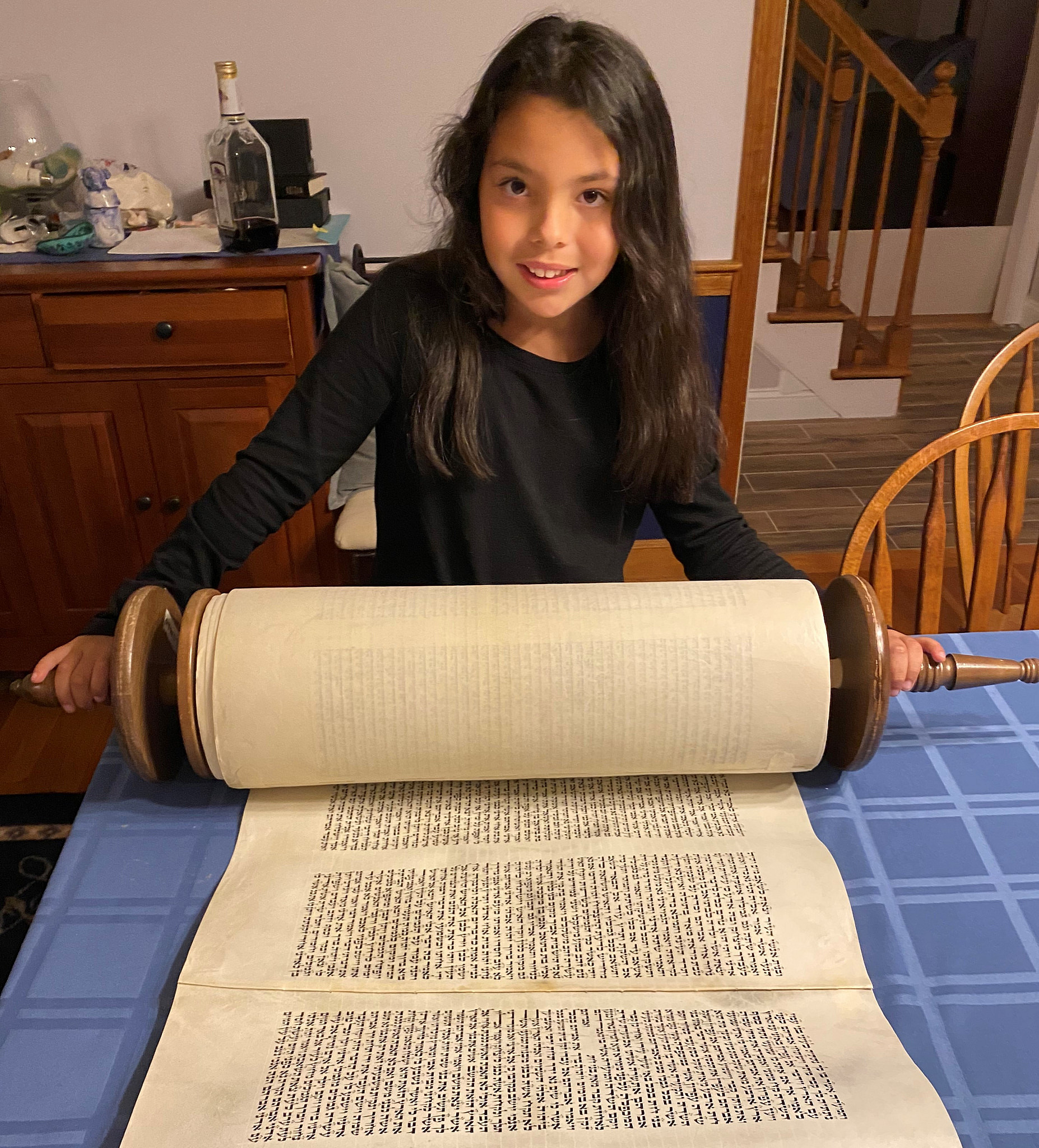 Furthermore, for quite some time it was the norm for bat mitzvah ceremonies to take place on Friday night when there was no Torah service, rather than on Shabbat mornings when boys typically had theirs. However, the very first bat mitzvah was indeed on a Saturday morning! So not only did it take a long time for other communities to catch up and celebrate bat mitzvah ceremonies, but it also took them a long time to also catch up to doing them on Shabbat mornings.

My other reaction, however, is the opposite. Yes, it took a while for the bat mitzvah to take off, but once it did, the change was almost total. Even in most Orthodox communities, girls celebrate a bat mitzvah, even if it doesn’t look the way it would in our community. Now, in many communities it is simply taken for granted that people of all genders celebrate their bar or bat or b’mitzvah – it’s not even a question.

The story of the first bat mitzvah is a story about change. It happens slowly, but that doesn’t mean it won’t happen. Real, transformative change, takes a while, and doesn’t always happen in a linear fashion.

Lest we think that we in the Jewish community are unique, we can remember that women’s progress in society was similarly slow and incremental. In 1922, when Judith Kaplan Eisenstein had her bat mitzvah, women had only just gained the vote and yet, it took 100 years before a woman would be elected vice president of the United States. 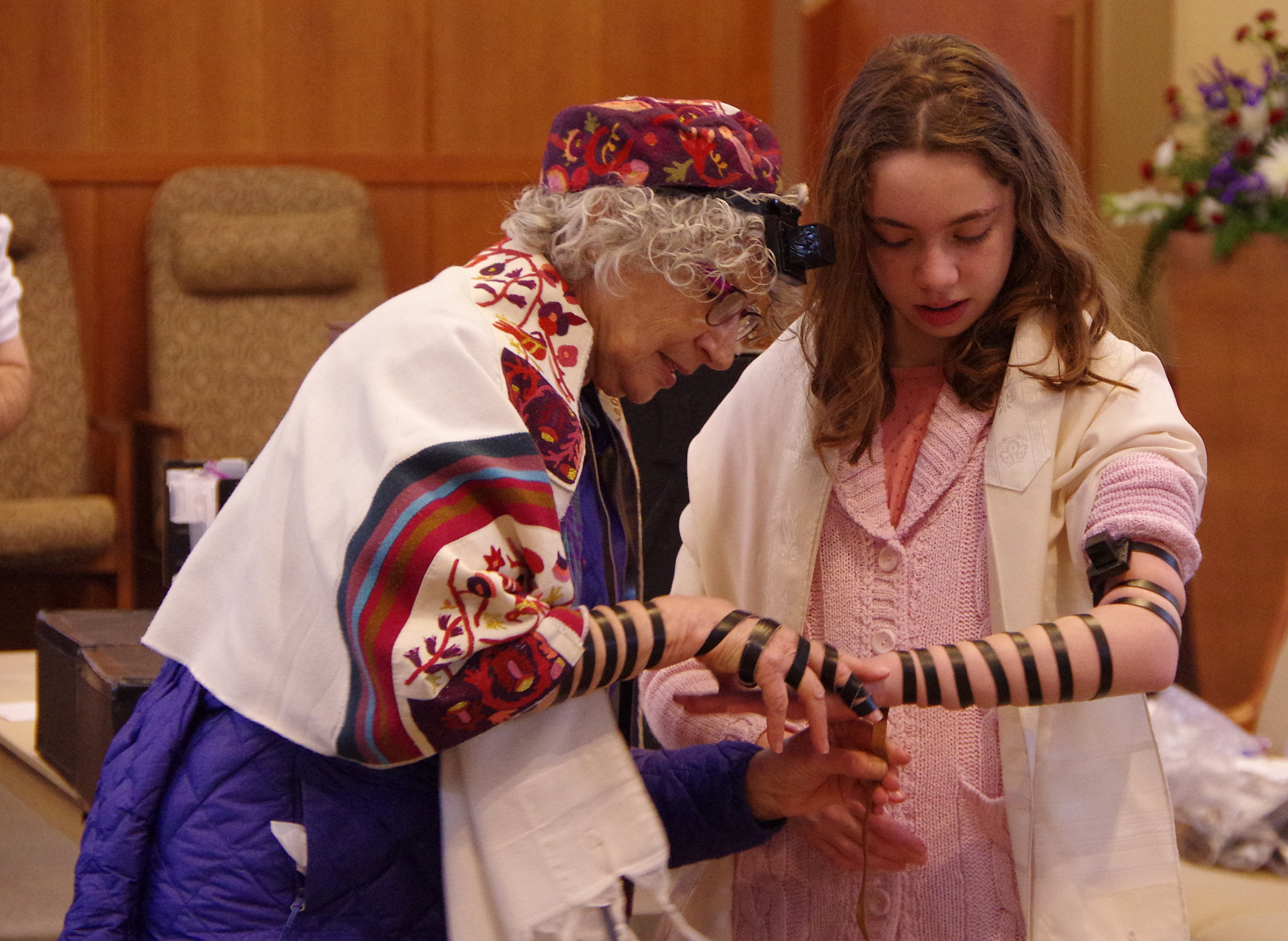 As many of us know, it is relatively recent that women and non-binary people have been allowed to take on leadership roles when it comes to Jewish ritual. And our exclusion from such roles was a part of our tradition for thousands of years. This week’s Torah portion, parashat Tzav, details the role of the priests offering up different types of sacrifices that were brought to the Temple, and it specifies about a number of them that only males can participate in the ritual eating of certain offerings. That doesn’t mean that there weren’t any women who had influential roles in the community, but the ritual leadership roles were exclusively men. Later on, in rabbinic Judaism, this same pattern continued, as women were excluded from certain ritual obligations, which meant that they could not lead those rituals.

As we reflect on 100 years of American Bat Mitzvah ceremonies, I’d like to point out an important change that has taken place in most non-Orthodox communities. When Mordechai Kaplan “invented” the bat mitzvah, it was assumed to be a different thing from a bar mitzvah. He had to decide what his daughter would do, and what she did was not what she would have done had she been a boy. She didn’t even have an aliyah to the Torah. Today, we have not only the bat mitzvah but also the b’mitzvah, a non-gendered term that can be used for children of any gender. And today, the only difference in communities such as ours between any of these ceremonies is grammar. Any child, whether a boy or a girl or a non-binary child, goes through essentially the same process of learning, and has the same options and expectations. The ceremony and the religious and communal experience is not about gender – it is about the child developing and celebrating their relationship with the Jewish community.

I want to share with you some more information about Judith Kaplan Eisenstein. So far, most of what I have said, and most of what has made her famous, is about a decision that her father made for her. However, she was a thoughtful, intelligent, creative person in her own right, and I think it’s important for us to know a bit about who she was. Judith Kaplan Eisenstein was born in 1909. She was particularly bright, learning to read English at the age of two and a half and studying Hebrew by the age of 3. She was musically talented, and studied at the Institute of Musical Art, now the Julliard School, in New York. She became an author, composer, and musicologist. She taught music pedagogy and the history of Jewish music at Jewish Theological Seminary Teachers Institute, and her publications include the first Jewish songbook for children. She received her PhD from the School of Sacred Music of Hebrew Union College–Jewish Institute of Religion, and taught at both HUC–JIR and at the Reconstructionist Rabbinical College in Philadelphia. She had a brief first marriage that ended in divorce, and then in 1934 married Ira Eisenstein, then assistant rabbi at her father’s synagogue, the Society for the Advancement of Judaism. They had three children and one grandchild.

There’s one more thing I want to note about her life. In 1992, at age 82, Kaplan Eisenstein celebrated a second Bat Mitzvah, surrounded by leaders of the modern Jewish feminist movement. This time, she read from a Torah scroll.

One hundred years ago, a twelve and a half year old girl took a small step. She didn’t cause the change that happened in the wake of her action. But she did provide a model, an example to people to come who could imagine something different than the norm around them, because they had seen a taste of what was possible.

May we have the courage to act as role models for others, and to live out our truths about the world we want to live in.