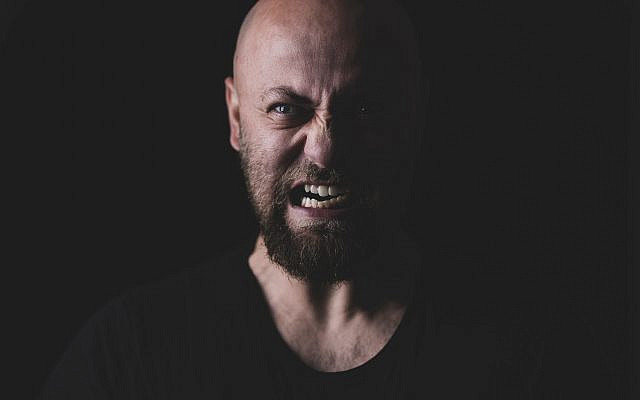 Photo by engin akyurt on Unsplash

Biblical Hebrew has many different words for “anger.” While Rabbeinu Efrayim counts only eight such words, Rabbi Avraham Bedersi HaPenini counts ten, and Rabbi Shlomo of Urbino manages to find fifteen! In this essay we will unpack the list of words for “anger” and show how they are not all truly synonymous. As we will see in this essay, some of the words in question refer to different points on the wide spectrum that spans from “annoyed” to “incensed,” while others hone in on the object of one’s wrathful outrage. Still, some words emphasize the effects of one’s ire, while other words focus on the cause of one’s temper. All in all, we will see that exploring the etymologies and polysemous usages of these words will shed light on the nuanced differences between the various words for “anger” in our list.

1. Ka’as (I Shmuel 1:6, Iyov 6:2) — This is the most common and generic word for “anger.” Rabbeinu Efrayim explains that this word is a metathesis of the Hebrew word eches (“poison”), because anger puts a sort of poison in a person’s heart. The Malbim writes thatka’as refers to specifically to a form of anger that remains pent up in one’s heart but is never brought out in the open through action.

2. Cheimah (Isa. 27:4, Esther 7:10) — Rabbeinu Efrayim relates this word to the Hebrew word cham (“hot”), as an angry person gets “heated up” (or, “gas-lighted” in contemporary terms). Rabbi Bedersi supports this position by noting that we find the verb “burning” in regard to cheimah (Esther 1:12). He also notes that all the different terms for “anger” in the Bible only apply to human anger, except for the word cheimah, which is used also to denote an animal’s anger (Deut. 32:33, Ps. 140:4, 58:5). The Malbim specifies that cheimah is a form of “anger” that is held in one’s heart for a long time, even without committing any specific acts of rage.

3. Charon (Yechezkel 7:12, Zech. 10:3) — Rabbeinu Efrayim relates this word to the Hebrew word chor (“hole”), as the heat of one’s burning anger pierces through one’s body. Rabbi Bedersi explains that charon denotes a greater wrath than cheimah because cheimah just means “hot,” while charon means “burnt” (see Yechezkel 24:10). Rabbi Shlomo Pappenheim (1740-1814) departs from this trend, instead explaining charon as related to nechirim (“nostrils”), in reference to the angry person’s heightened exhaling of hot air. Fascinatingly, Peirush HaRokeach explains that the word charon on its own means “upset,” while charon-af refers to “anger.”

4. Rogez (Iyov 3:17, II Kings 19:27) — In some places in the Bible the word rogez refers to “shaking,” while in other places it refers to “fear.” Rabbeinu Efrayim explains the connection to “anger,” in that an angry person’s entire body is aroused by his anger, just like shaking and fear can consume an individual’s entire person.Rabbi Bedersi clarifies that rogez is not always associated with “anger,” as sometimes it refers to “shaking” out of fear rather than out of anger. Peirush HaRokeach writes that rogez implies a form of “anger” whereby a person who was previously tranquil suddenly bursts into anger. The Malbim similarly writes that rogez refers to a sort of anger which harries the angry person and does not allow him respite to live in tranquility. Interestingly, the Yiddish term b’rogez, in reference to two people who are in a fight, is derived from this Hebrew word.

5. Evrah (Ps. 78:49, Deut. 3:26) — Rabbeinu Efrayim relates this word to the Hebrew word oveir (“pass” / “violate”), because anger causes a person to violate his own expectations of himself, as well as his Creator’s. Likewise, Malbim explains that through evrah the angry person goes beyond the apparent boundaries or limitations of his own anger to pour his wrath even on those who did not act against him. Peirush HaRokeach explains that evrah is related to the word me’uberet (“pregnant”), but the connection to “anger” remains unclear. Perhaps he means that the angry person’s body swells up like a bloated pregnant lady, or perhaps the angry person’s wrath remains with him for a long time like a pregnant woman is with child for nine months.

6. Za’am (Jer. 15:17, Zech. 1:12) — Rabbeinu Efrayim relates this word to the root ZAYIN-AYIN (“shaking,” “moving”), because when a person is especially angry, he violently trembles and shakes, which also causes him to emit sweat (zei’ah, another word derived from this root). Ibn Janach and Rabbi Bedersi explain za’am as “anger” that stems from disgust or contempt of another. The Malbim explains that this word does not primarily refer to “anger.” Rather, its literal meaning is “to curse.” As the Malbim explains, in the context of anger za’am refers to one of the effects of rage, in that the angry person will curse at the object of his anger as long as he remains angry. Finally, the Vilna Gaon explains that za’am refers to “suppressed anger” that one holds back from showing outwardly.

7. Za’af ( Michah 7:9, II Chron 26:19) — Rabbi Pappenehim understands this root as a portmanteau of the two roots ZAYIN-AYIN (“shaking,” “moving”) and ALEPH-PEH (“face”), in reference to a level of anger that brings about a furious facial twitch.

8. Ketzef (Num. 17:11, Zech. 1:2) — This word refers to a very intense form of “anger,” whereby the angry person has reached a certain boiling point. In fact, Ibn Ezra (to Esther 1:12) and Radak (Sefer HaShorashim, entry ketzef) note that the word ketzef also refers to the “bubbles” that arise from boiling water (Hoshea 10:7), and the Aramaic word for “boiling” — ritcha — is also used in Rabbinic Hebrew as a synonym for “anger” (see Berachot 7a, Rosh Hashanah 32b, and Sanhedrin 48b). Peirush HaRokeach (to Ex. 16:20) adds that this type of anger is also visible through the sweat on the angry person’s face, just like bubbles in boiling water come up to the surface and are plainly visible. Eitz Yosef (to Eicha Rabbah 2:3) writes that ketzef is the most extreme and dangerous form of “anger,” associating that word with the archangel Gabriel (who represents G-d’s Trait of Justice). On the other hand, Rabbeinu Efrayim seems to relate ketzef to the scum/froth that floats atop water, an allusion to the invariably unimportant thing that set off the angry person’s fury. The Malbim explains ketzef as anger that is manifest outwardly, yet was coolly formulated by one’s intellect and mental reflections (as opposed to a fit of emotional rage). This type of anger can even be a response to something that the object of one’s anger did against somebody else, rather than just to the angry person himself. In Modern Hebrew, katzefet refers to “whipped cream.”

10. Af (Ex. 34:6, Deut. 6:15) — Besides meaning “anger,” in other contexts this word means “nose” and/or “face.” Rabbeinu Efrayim understands this word to relate to “anger” because the angry person’s nose emits proverbial “smoke” that exemplifies his wrath. The Malbim similarly writes that af refers to anger that is physically “visible” on the face of the angry person (i.e., through his facial countenance, disposition, or other expressions). The fact that the angry person is incensed is “in your face.” Af typically comes about through one’s emotion, not one’s intellect, and this type of anger can sometimes be roused spontaneously. The Vilna Gaon offers three ways of differentiating between af and cheimah: First, af implies the beginning stages of “anger,” while cheimah implies an anger that has already blown up into something more developed. Second, af refers to anger in thought, while cheimah implies anger in actions. Third, cheimah implies a more exclusive anger reserved for just one’s enemies and those who seek to harm him, while af implies a more expansive anger that applies even to those who simply do not follow one’s wishes.

11. Anaf (Deut. 1:37, Isa. 12:1, Ps. 2:12) — Rabbeinu Efrayim explains that this word is actually the same as af, except that it has an extra NUN. Radak writes the exact opposite, arguing that the root of af (“nose,” “anger”) is really ALEPH-NUN-PEH, but sometimes the NUN disappears. Peirush HaRokeach explains anaf as anger that spurs one into taking immediate revenge or retribution against another. The Bible lists a bird known as an anafah (Lev. 11:19, Deut. 14:18) as non-kosher, and the Talmud (Chullin 63a) explains that this refers to a specific type of “angry bird” (dayah ragzanit). As an aside, Rabbi Pappenheim traces the word anaf to the biliteral root NUN-PEH (“movement”), explaining that this refers to when one’s body starts twitching and convulsing out of sheer anger.

12. Panim (Yirmiyahu 3:12, Gen. 32:21) — This word literally means “face” in most contexts, but is borrowed to mean “anger,” because often times one’s emotional state can be readily seen on one’s face, especially when it comes to anger.

13. Na’atz (Num. 14:11, 14:23, 16:30) — Rabbi Pappenheim traces the root of na’atz to the monoliteral root represented by the letter TZADI (“goes out”). Accordingly, this term refers to the fact that a person can only tolerate something that he holds in contempt for a limited amount of time until his annoyance develops into an outwardly expressed “anger.” The Malbim takes the opposite approach, explaining that na’atz refers to a sort of anger that leads to one’s rejecting and pushing away another as though he were “disgusting.”

14. Atzvut (I Kings 1:6, Isa. 63:10, Ps. 78:40) — In many cases this word means “upset” or “disappointed,” which are negative feelings that can lead to “anger,” but are not identical to the concept of “anger.” Rabbi Avraham Maimuni cites his father Maimonides as explaining that the difference between charon and atzvut is that the former arouses one’s thirst for vengeance and revenge, while the latter does not. In other cases, atzvut came to mean “sadness/melancholy,” which is a slightly different concept.

16. Shetzef (Isa. 54:8) — This word appears only once in the Bible and its meaning is not completely clear. Because of this it makes sense that shetzef does not make it to Rabbi Shlomo of Urbino’s list of fifteen Hebrew words for “anger.” In the one place that this word appears in the Bible, it is paired with the word ketzef (“anger”). According to Menachem and Rabbeinu Tam, just as ketzef means “anger,” so too does shetzef mean “anger.” However, Targum Yonatan (there), Donash, Ibn Janach, Rabbi Yosef Kimchi, and Radak all argue that shetzef means “a little bit of.” (Rashi to Isa. 54:8 cites both of these possibilities.) Donash also suggests that shetzef means the same thing as rega (“a fleeting moment”). Peirush HaRokeach similarly interprets shetzef as an expression of “speed,” probably recalling the fact that when people “blow their fuse,” they act in haste.