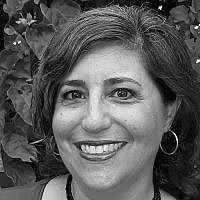 The Blogs
Stacey Goodstein Ashtamker
Apply for a Blog
Please note that the posts on The Blogs are contributed by third parties. The opinions, facts and any media content in them are presented solely by the authors, and neither The Times of Israel nor its partners assume any responsibility for them. Please contact us in case of abuse. In case of abuse,
Report this post. 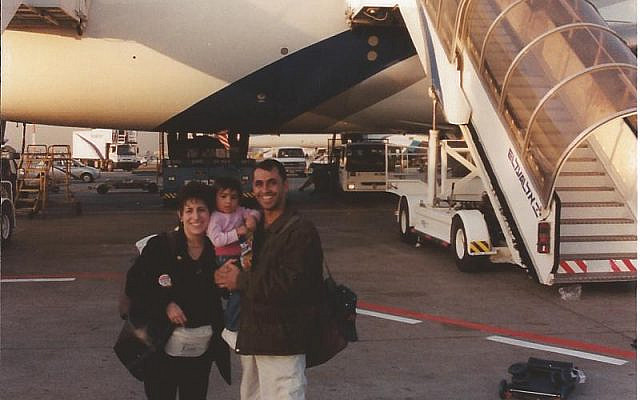 Usually we make big celebrations when we reach a round number in our lives but Jews have a special relationship with the number 18.  Each Hebrew letter has a corresponding numerical value and in this case the letters of the word life come out to 18. So, 18 and derivatives of it are also celebrated by Jewish people everywhere. Very often when deciding on a baby, bar/bat mitzvah, or wedding gift Jews give denominations of 18, 36, 54 and so on.  For our family, this February 21st, we celebrate 18 years in Israel as a family unit.

In the summer of 2001, my Israeli husband and I purchased our new electrical items down on New York’s Lower East Side. At the time we were preparing for our Aliyah after the Jewish holidays. I had wanted to begin our new life along with the holidays in Israel but my loving husband said it wouldn’t be fair to leave my parents before the New Year so we remained in NY. I did not return to my beloved job teaching in a great school but instead found myself packing my library of books on the morning of September 11, 2001. As my baby daughter was playing on the floor and I was packing, listening and watching the Today Show the program was interrupted with the breaking news of a plane that had crashed into the Twin Towers. At first the news wasn’t very clear about the size of the plane. I immediately called my husband who was at work on the New Jersey side of the river and told him what had happened and he and his friend went to the top of their building and witnessed the rest of the day unfold. Phone, tv and transportation service were all disrupted and after much worrying my husband thankfully arrived home around 10 pm that night.  As we all know the world changed for the worse on that fateful day that we lost so many innocent people. That was just over 18 years ago.

As we arrived in Israel in February 18 years ago the second Intifada was in full rage in the streets of Israel and many innocent people were losing their lives on a daily basis.  My Hebrew vocabulary began to grow with words like: victims, injured, attack, bombs, and other very depressing words. For many months I lived in fear of something happening to our little girl. Every day, I questioned if I had made the right choice to move. I asked myself if life would be any better in the States post 9/11 or about the same as here.

As life went on our family thankfully grew and we have enjoyed many calm periods of time as well as dealt with various periods of uprisings and wars.  Up till 2 summers ago my girls and I were fortunate to have spent the summers with my family at the beach in NY.   With all the calm and fun they had in NY with family (as well as escaping a few summer wars by chance) my kids were always happy to go home – to Israel.  They always tell us that they are so thankful that they are Israeli and that they are so grateful we decided to make Israel our home.

My almost 20 year-old daughter, who is serving in the army, has told us on more than one occasion that she has met individuals who after finding out that she is both an American and speaks English fluently are shocked that she has decided to serve and to stay in Israel when she has the opportunity to leave.  Most say ‘wow, you can go to NY isn’t that where you want to go?’  People have a hard time understanding why one would choose to be in Israel.  My daughter uses these moments to educate others about the beauty and uniqueness of Israel. During her basic training she had been questioned like that by her commander. After a weekend break her commander thanked her and shared with her that she had just been in Jerusalem and for the first time viewed both the tourists she saw and the city itself with more appreciative eyes. She seemed to have for the first time understood things in a different way.

As parents, my husband and I have always taught our 3 girls that where we live is by our own choice and that it is a very special place which belongs to our people.  We have brought our girls up with a deep understanding of who they are as Jews and of our connection to our land.

For 18 years of living life in our State of Israel  here are  18 things our family loves: our cozy home in Modi’in, celebrating all holidays in Israel, kosher food everywhere, the sense of belonging, Galgalatz (radio station) announcing Shabbat times and the parsha of the week, the count down for the best Hebrew song of the year, the Tzofim Dati’im (the Religious Israeli Scouts), having election day as a vacation day, Israeli cottage cheese, meeting Jews from all different backgrounds who speak all different languages, the IDF, speaking the revived ancient language of Hebrew on a daily basis, buying freshly roasted sunflower seeds every week, hearing Arabs say “Baruch Hashem’ after asking how they are, the Israeli foodie scene, shuk Machane Yehudah at any time of day, living in the area of Judah Maccabee and family, and the beautiful red calaniot flowers blooming in the winter.

We live our life here in Israel by choice and we are so happy that 18 years ago we made that choice.    L’Chaim!

About the Author
Stacey has spent the past 18 years living in Modi'in and raising her 3 Israeli daughters. She is passionate about living in Israel and tries to travel around as much as possible.
Related Topics
Related Posts
Comments