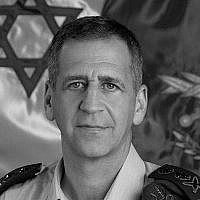 The Blogs
Aviv Kochavi
Apply for a Blog
Advertisement
Please note that the posts on The Blogs are contributed by third parties. The opinions, facts and any media content in them are presented solely by the authors, and neither The Times of Israel nor its partners assume any responsibility for them. Please contact us in case of abuse. In case of abuse,
Report this post. 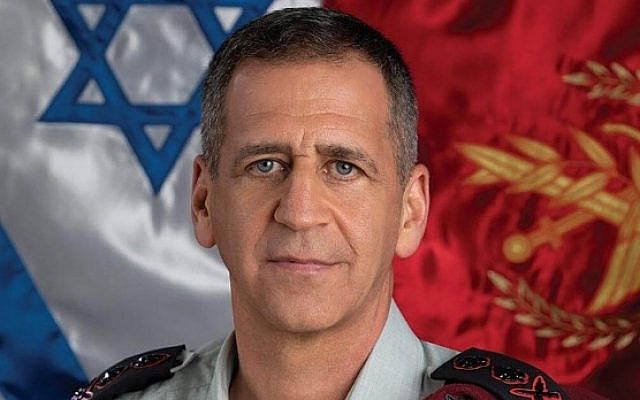 The generation of commanders to which I and the other members of the General Staff belong came of age in the wadis and ambushes of Lebanon’s Security Zone. This was the period that shaped us personally and professionally, a time when, contrary to the image, saw quite a few operational successes alongside failures and the loss of soldiers and commanders. Memory is not only a personal burden, it’s also a professional imperative. The years of fighting in Lebanon are a lesson that we must thoroughly learn.

One of the key lessons from that time is the ability to identify and decipher a given situation; to analyze the enemy’s patterns of activity, and provide an appropriate operational response. Over the years, the enemy in Lebanon improved, gradually adopting guerrilla-style fighting patterns. It took the IDF several years to recognize this and acknowledge it. It also took time to recognize the severity of the threat of missiles and rockets, and give them proper weight in terms of our technological and operational response.

At the operational level this is a central lesson — the necessity of self-criticism and deep probing that can lead to adaptation in the military and its methods of operation. This ability to recognize a changing reality and offer a relevant response must be a way of life.

The IDF has been adapting itself over the years, and “Tnufa” (Momentum), the multi-year plan that has incorporated the lesson of adaptation, has set a goal of making a significant leap forward in the army’s offensive capabilities. The plan is based on a comprehensive and critical analysis of the status of enemies in all sectors, defining most of them as “terrorist armies,” well stocked with missiles and rockets, and providing an effective response that includes adapting methods and weapons, strengthening coordination between the military branches, training for commanders and cultivating morale and values. Advanced technology and modernization will enable significant improvement in the IDF’s offensive capabilities.

The IDF is already prepared today for any scenario, and when called will bring to bear its full might anywhere the enemy is positioned, with emphasis on urban areas. We will continue to monitor the evolving threats; we will continue to evolve and to improve our weapons and capabilities.

I always carry with me the image of my friends who fell on Lebanese soil, and embrace their families. I also remember and honor the SLA fighters who fought shoulder to shoulder with us. It is our duty as a people and a nation to remember them and help them.

Remember, analyze and adapt — this is the lesson of the Security Zone era. It is our professional, national and moral duty.

About the Author
Lieutenant General Aviv Kochavi is the Chief of General Staff of the Israel Defense Forces, having taken the oath of office on January 15, 2019.
Related Topics
Related Posts
Comments