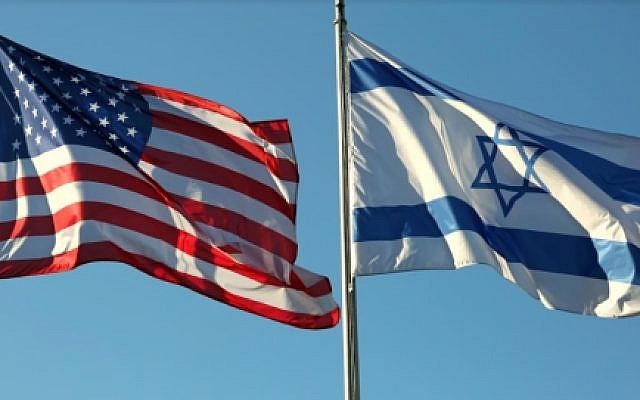 Boker Tov! My name is Bryan E. Leib, I’m the grandson of a Holocaust survivor on my dad’s side and the grandson of two Jewish Grandparents on my mother’s side who were staunch Zionists and (spoiler alert) I too am a Zionist who is proud to support our Jewish homeland, the State of Israel. But that doesn’t mean that I’m not a patriotic American who loves the Red, White and Blue. I can be both Jewish and support our Jewish Homeland while living and working in America. I can have dual-loyalty to two countries that I love and support.

But for some reason, the Jewish people are the only ones who are constantly attacked for having dual loyalty to another country besides America. There aren’t organized movements in the US to boycott French or Chinese products. I don’t see U.S Representatives Ilhan Omar and Rashida Talib criticizing Mexican-Americans or Pakistani-Americans for sending money home to their families. But when it comes to Jews doing the same thing, the haters tell us that we shouldn’t support America and Israel at the same time.

There aren’t any organized boycott movements towards Syria (where hundreds of thousands of innocent men, women and children have been murdered). However, there is a loud and well funded BDS movement that works very hard every day to try and hurt Israel. Emphasis on “try”.  The BDS movement is a sham and a complete failure!

Birthright has reported record numbers in 2018,  Israeli tourism is up over 45% since 2016, Israel jumped from #10 to #5 on this year’s Bloomberg Innovation Index and Israel’s Prime Minister has strengthened ties with countries like the US, Australia, Japan, Indian, Brazil and many Arab nations.

Today, Zionism is considered by far too many people to be a negative or polarizing term.  Those who oppose Zionism claim that that Zionists are colonizers, racists and human rights violators. But none of this is true. It’s the propaganda that gets pushed by Anti-Israel groups.

When Americans support the BDS movement and refer to Zionism as a disease – make no mistake, it’s anti-semitism! In the words of IAC’s Chairman Adam Milstein: “Antisemitism is Anti-American.“

It’s easier than you might think –  Host a shabbat dinner with friends, organize an online fundraiser to support a project in Israel or write an op-ed to your local newspaper!  I hope that you will join me in amplifying your Pro-Israel voice and in fighting back against Anti-Zionism. Now, more than ever before, we must increase our advocacy for the Middle East’s only democracy, our Jewish Homeland, the State of Israel!