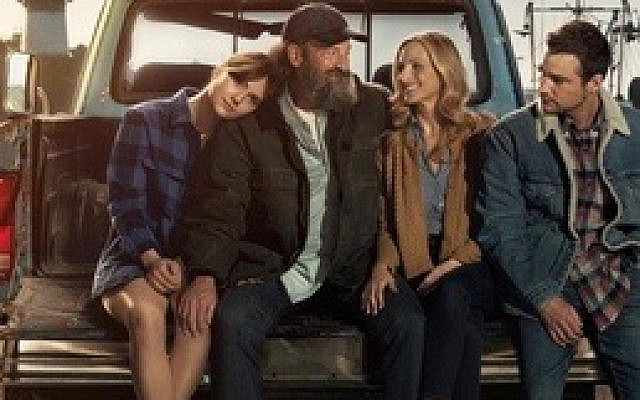 Victoria Bedos, is the screenplay writer of La Famille Belier (2014), which was adapted in English by Sian Heder, titled, CODA, first film produced, distributed by a streaming service and starring deaf actors to win an Oscar for Best Picture.

French adaptations in English are cursed: L’homme qui aimait les femmes with Burt Reynolds as Charles Denner, L’homme à la chaussure rouge with Tom Hanks as Pierre Richard, True Lies with Arnold Schwarzenegger as Thierry Lhermitte, The army of the twelve monkeys, adapted from La Jetée of Chris Marker. Hearing impaired were addressed in The Piano and On my Lips, what has changed since then ?

Victoria Bedos: There is also The Children of Silence of Randa Hainesn with Marlee Matlin who won an Oscar for the role, who plays in Coda and with the late William Hurt. Cinema is an art of silence, of sensation, of the body, of the unspoken in both the literal and the figurative sense, which embraces deaf’s language. What has changed is the representation of minorities in cinema. And especially in La Famille Bélier, the parents were played by wonderful yet non-deaf actors. In Coda, they are actually deaf. Between 2014 and 2022, the world has indeed changed. And that’s great!

Cinema was originally silent, dominated by pantomime. What are your favorite silent films ?

Victoria Bedos: My dad raised me on Charlie Chaplin. He was his absolute idol. I have childhood memories of memorable and moving viewing of The Kid, Modern Times and Circus. Because these are films that we appreciate as a child and then rediscover with another perspective, sometimes more political, moren adult.

Steven Spielberg told Philippe Rousselet, producer of La Famille Bélier the movie was one of his favorite from the last five years. Did you see West Side Story ?

Victoria Bedos: Unfortunately, I haven’t seen West Side Story yet, and I apologize! But I have a two-year-old daughter so I go out to the cinema less these days and take advantage of her when I’m home because I will soon be leaving her to film. But the fact that Spielberg said that about the first film I wrote overwhelms me. It’s extraordinary, unexpected, I even find it hard to believe ! I love him so much, I love his cinema so much! Steven, if you can hear me… or rather read me, thank you!!!!!

CODA premiered at Sundance, as did the Coen brothers, Tarantino and Jim Jarmusch. How did you react ?

Victoria Bedos: I love this festival without having been, but the films there are references for me. Like Juno or Little miss sunshine. I am a fan of American independent cinema! So I was over the moon when I heard about Coda‘s success there.

What did you think of the musical producer of CODA: Marius de Vries who worked on Moulin rouge, Romeo+Juliet and Lalaland ?

Victoria Bedos: I love what he did on Coda. Even if I am disappointed that he did not keep Michel Sardou. The musical universe of Coda is magnificent and fits very well with the new context of the film.

Can you tell us about your new film?

Victoria Bedos: This is my first film as a director. I am so happy to finally go through with the creative process. To be able to put in image the universe, the story that I created in my head. It’s a story about adolescence and family once again. But this time, my little one is 14 years old, living in a boarding house for the elderly run by her father, out of step with young people her age who ignore her or harass her. And it is by dressing up as a boy that she will succeed in making herself loved and having her first love affair with a boy who likes boys. Philippe Katherine will play the awkward father who has lost his wife, who prefers to take care of his retirees, who cannot face his daughter’s problems. And Pierre Richard, a resident of the boarding house, who hides there so as not to tell his family that he is homosexual. He is the confidant of Marie Luce, the 14-year-old girl who disguises herself as a boy. Another story of communication within the family in the end.