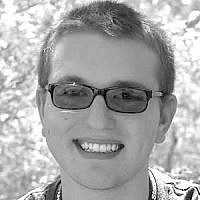 The Blogs
Yoni Nirenberg
Apply for a Blog
Advertisement
Please note that the posts on The Blogs are contributed by third parties. The opinions, facts and any media content in them are presented solely by the authors, and neither The Times of Israel nor its partners assume any responsibility for them. Please contact us in case of abuse. In case of abuse,
Report this post.

These last few weeks on Capitol Hill have been hectic for all of the Members of Congress. The Representatives will have to decide how to vote in regard to the announced Iran Nuclear Agreement, and lobbyists, activists, and protesters are demanding their vote.

There were two major rallies in New York that have made national news. The first rally, occurred in Times Square where there were over 10,000 protestors, and the second one was in front of Senator Gillibrand’s Manhattan office, with only 300 attendees. Both rallies were to protest to the New York Congressional Members that Iran cannot be allowed to build a nuclear bomb, and that America needs a better deal. My question is, why do we have such a substantial difference in attendance between the two? They were both for the same cause, right?

The first rally in Times Square received more attendees because, well, it was the first one in New York and New Yorkers tend to take a stand. However, the second rally, which occurred only a few weeks later for Senator Gillibrand, did not receive as many attendees, because of the fact that there were other events which were closer to people’s homes.

I commend all of the schools and synagogues that have taken upon themselves the need to make a stand, and the best way to do this was via a lecture or discussion for their specific audience. However, my concern is why couldn’t those lectures take place a few days before a future rally versus having it the same day.

Imagine how many participants we could gather for the next Anti-Nuclear Iran Rally when all of the synagogues and schools work together. If every synagogue has their own discussion and, afterwards, encourage their congregants to go as a group with the Rabbi of the Synagogue to this event (same as if it were a school lecture), the coverage of this event would be even greater than if each entity did their own event.

I encourage every rabbi and principal who plans on choosing a date to have a discussion or lecture regarding an issue, such as the Iran Nuclear Deal, attempt to discover if there will be a rally in their neighborhood. Because if there is one you should then attend that rally! It will transition your lecture from a proactive educational lecture, into a proactive publicly known movement. As Mark Twain once said, “Don’t let school get in the way of your education.”

By simply planning your events in accordance with public rallies, your group attendees and the number of protestors at the rally will increase, and your message will be heard.

About the Author
Yoni is a HS activist from NY who loves teaching and promoting Israel with a passion ever since his elementary days, when his older brother was in the IDF, and he helped raise $70,000 for fleece outwear to keep his brother's unit warm.
Related Topics
Related Posts
Yoni Nirenberg
Comments