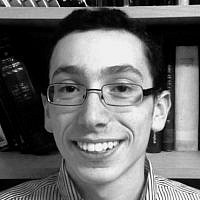 The Blogs
Ben Kean
Apply for a Blog
Advertisement
Please note that the posts on The Blogs are contributed by third parties. The opinions, facts and any media content in them are presented solely by the authors, and neither The Times of Israel nor its partners assume any responsibility for them. Please contact us in case of abuse. In case of abuse,
Report this post.

After reading the Huffington Post article “50 Powerful Women Religious Leaders To Celebrate on International Women’s Day,” I couldn’t help but feel a little disappointed. The article included five Jewish leaders, however all five women were leaders in non-Orthodox/Traditional Jewish movements. I’m not saying that that non-Orthodox/Traditional Jews don’t matter, but I’m scared that it sends the message that Orthodox/Traditional Jewish women can’t be powerful religious leaders. To dispel that myth, here is my list of five powerful women Orthodox Jewish leaders of the modern era to celebrate on International Women’s Day (in no particular order). In my list, I chose to include women who have passed away in the past 20 years, even though the Huffington Post article focuses on living leaders, because I felt no list of modern leaders of the Orthodox/Traditional world could be complete without the first two women on this list.

This list is really just a small sampling of the many amazing female Torah scholars, speakers, and spiritual leaders who are so important to the vitality of the Orthodox/Traditional world. In honor of International Women’s Day this past week, let’s celebrate these amazing women! 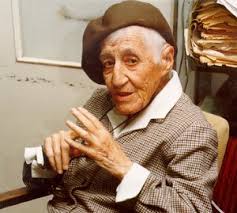 Leibowitz, who passed away in 1997, has an incredible biography. She earned a Ph.D. on techniques in translating the Tanakh (Jewish Bible) into German from University of Marbury, at a time when few women received a post-high school education, and later taught at Tel Aviv University and Hebrew University beginning in the 1950’s, when the ideal for an American woman was to be a housewife. For her revolutionary teaching style which is now the standard method used for teaching Tanakh throughout the Jewish world today, she was awarded the Israel Prize in Education in 1956 and co-awarded the Bialik Prize for Jewish thought, and made frequent radio appearances. In spite of these amazing accomplishments by any standard, she was also a role model for humility, saying of her teaching, “I only teach what the commentaries say. Nothing is my own.”

Rebbetzin Kanievsky, who passed away in 2011, was known throughout the Jewish world as an incredibly pious woman. During her lifetime, she received hundreds of visitors of all kinds — from Haredi to secular — seeking her widely renowned advice and blessings each week, and her funeral was attended by over 50,000 people. Her warmth and piety inspired countless Jews to greater spirituality as well as two books: a biography entitled Rebbetzin Kanievsky A Legendary Mother to All and a collection of stories and advice entitled Tuesday at Dawn, written by a student who carefully recorded her inspirational words. Her leadership is especially meaningful coming from the Haredi community, which is often branded as misogynistic, that spoke to Jews of all stripes.

Rebbetzin Heller is an prominent speaker and writer. She has authored six books and countless articles, speaks internationally, gives weekly lectures distributed electronically, and is now a giving daily online class entitled “Duties of the Heart.” She is featured on Naaleh Torah Online, Aish HaTorah, and YUTorah Online. On top of all that, she has been teaching full-time at Neve Jerusalem College since 1980. 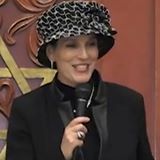 Rabbanit Mizrachi is one of Israel’s most popular speakers with tens of thousands of students. Her lectures are attended by hundreds of women and her weekly classes, Parasha V’isha, are distributed to thousands of people in Hebrew and English.

Rabbanit Henkin is the founder and dean of NISHMAT, an women’s seminary in Jerusalem with a wide variety of programs, including a program to train women for the position of yoetzet halacha (advisers of Jewish law), a non-rabbinic leadership position for women. While the position yoetzet Halacha is a relatively new position in Orthodox Judaism, many see it as necessary for women who prefer to speak to other women, rather than male rabbis, about private matters that relate to Jewish law. Rabbanit Henkin, as the founder of NISHMAT, is at the cutting edge of this development. Additionally, Rabbanit Henkin’s seminary offers a special program for Ethiopian Jewish women, one of Israel’s under-privileged and under-served communities.

About the Author
Ben Kean was born and raised in the Washington, DC, area and is currently studying at Yeshivat Yesodei HaTorah in Zanoah (near Beit Shemesh). His interests include learning Torah, art, reading anything by anybody about anything, and arguing.
Related Topics
Related Posts
Comments