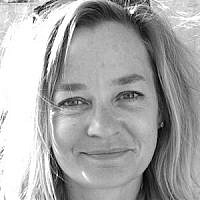 The Blogs
Mona Henoch
Apply for a Blog
Advertisement
Please note that the posts on The Blogs are contributed by third parties. The opinions, facts and any media content in them are presented solely by the authors, and neither The Times of Israel nor its partners assume any responsibility for them. Please contact us in case of abuse. In case of abuse,
Report this post.

Israel: a tiny strip of land about the same size as New Jersey. A land so small, yet it receives so much media attention related to wars, terrorism, cultural xenophobia, discrimination, bigotry, and so much more negativity.

But we know that isn’t true, and in fact, in most areas of our country, it’s quite the opposite.

When you think of coexistence in Israel, the big ones come to mind: Haifa, Jaffa, or Jerusalem’s Old City where Jews, Arabs, and many other cultures come together and share a bowl of hummus. Some places, like Hummus Bar, near Netanya, even offer its customers 50 percent off a bowl of hummus. “If there’s anything that can bring together these people, it’s hummus,” the owner says. I agree.

Israel is so much more than a Jewish state. It’s home to Christians (both Arab and non-Arab), Jews, Druze, Bedouin, and so many others, all on different points of the religious spectrum. Israel is home to humans of every color and language and they all bring their unique culture and traditions from their previous countries of origin. They may have come from racial, national, cultural and religious groups that have lived in Israel for generations, or they may have just made aliyah last week.

Israel is a profoundly diverse place. Most people coming here for the first time might expect to find an endless supply of rabbis walking around, but it’s time to change that attitude. And so I present you with this: five wonderful places that capture the diversity of Israel’s population.

This almost seems like an obvious one, but it isn’t. Coming to Israel, “the Jewish state,” many think they’re coming to a country with Jews abound. But take a moment at the airport, at anytime of day or night, you will see people of every color, religion and race walking through the gateway to the land of milk and honey. And if you close your eyes and just listen, you can hear languages from all around globe. This one building is an entire melting pot of the world that  comes together, with excitement and anticipation in their eyes, of what lays beyond the exit doors.

Chinese tourists, organized tours from Africa, Indians, and so many people that you might not quite expect hustle through the airport to take advantage of its beauty and history.

Israel really worships its wildlife and its wildflowers. Exploring the country is a universal thing that we all do since it’s not expensive, it’s easy, fun and available anytime. You’ll see people outside hiking and camping, families on day trips and lovers enjoying weekend getaways. When you’re outside, you’ll meet people across various cultures and backgrounds all coming together to worship the sun and nature. Whether you’re up north or down south, when you’re outside, religion, culture and language fade into the distance.

Did you know that the Druze community actually has the highest draft rate with 88% of males going to the Israeli army?

The army is a blend of sabras, new immigrants, volunteers from around the world, Druze, and Arabs. There are so many people from different religions, and the army grants everyone time off for their respected holidays. So while the Jews may have time off for their holidays, Muslims can go home for holidays like Eid Al-Adha. Soldiers can pledge their allegiance on the Old Testament, the Bible, or the Koran. The army is open to any individual willing to stand up and protect our land, not just the Jews.

The shuk: a crazy, confusing, loud fusion of cultures, colors, and backgrounds complimenting each other. Walk through any market: Mahane Yehuda in Jerusalem, Shuk HaCarmel in Tel Aviv, Shuk Ramle, Shuk Netanya, etc.

On your left you might find some dim sum, while on your right you can pay a few shekels for arepas, a Venezuelan dish. Straight ahead you might find some home made South African food, and after you’re done with that you can go around the corner and pop into a little Spanish bar with live music. On your way out, you’ll pass the elderly Druze woman making her homemade pitot with labeneh.

Its typical for many towns and cities to have a market where one can find restaurants, clothing, freshly picked produce, bars open during the day and night, and other things. Dozens of languages are spoken from Russian, to Spanish, Arabic to Chinese, and Hebrew to English. The shuk is like a piece of art where colors and cultures of any combinations collide and melt into one another.

The Mediterranean Sea makes up 273 km (170 miles) of Israel’s coastline and scattered across it you’ll find people laying out next to one another in pure sun worship harmony.

Some people clump together in certain areas. For example, in Tel Aviv there’s the religious beach, gay friendly beach, dog beach, and so many others. This is kind of more like a mosaic, and not a melting pot, but for the most part, everyone is sitting, relaxing, laying out, smoking, drinking, playing matkot, and listening to music. All enjoying the sun and sea.

Of course, there are the usual suspects: the Old City, Haifa, Tel Aviv, etc. But, when you really stop and think, this country is just a huge melting pot and people from all over the world come to marvel at the beauty, history and stark contrast that Israel has to offer. We’re really privileged to live in this democratic society in this region of the world, where we’re free to be who we are, be friends with anyone regardless of race or culture, and enjoy the simple things in life.

This diversity and mutual love of life has led me to finding new ways to share the different face of Israel that many don’t usually see. I created and developed a web series,ThisIsIsraelToday, so that anyone can live vicariously through me and see Israel with their own eyes, as it really is. A land offering so much beauty, variety and humanity.

About the Author
Mona Henoch fell in love with Israel during her first visit. Mona was born and raised Christian and converted to Judaism, but left her life in New York and moved to Israel eight years ago. Since then, she's been journeying across Israel to discover hidden gems, speak with fascinating people, and eat delicious food for her web series, ThisIsIsrael.Today, to share a different face of Israel with the public.
Related Topics
Related Posts
Mona Henoch
Comments