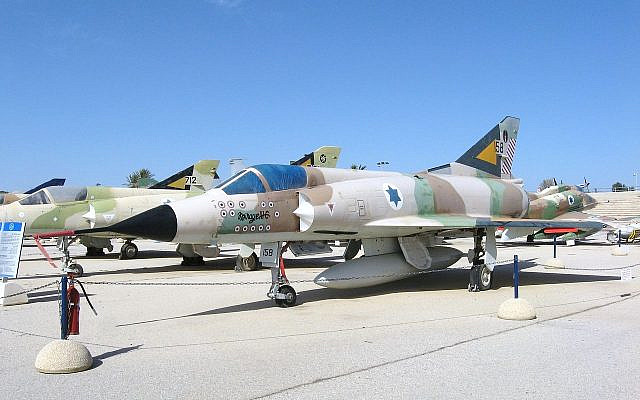 This weekend, the Israeli media scene was full of articles celebrating  the 50th anniversary of a famous victory.

On July 30, 1970, the Israel Air Force (IAF) drew the Soviet expeditionary force in Egypt into a perfectly planned and executed ambush, shooting down five MiG-21 fighters with no losses for the Israeli Mirage-IIIs and Phantom F-4s. This engagement, Operation Rimon 20, has, justly, become a crown jewel of Israeli combat heritage. As one Hebrew headline put it this week, “the USSR learned to fear the IAF” — with implied significance for the present potential confrontation with Russian air power, and military presence overall, in Syria.

Such hubris may be our worst enemy now, as it was then.

The storied dogfight is held to have forced the Soviets and Egyptians to end the War of Attrition along the Suez Canal, which had been raging since March 1969, in utter defeat with the ceasefire of August 7, 1070. But as my co-researcher Isabella Ginor and I demonstrated in our recent book, The Soviet-Israeli War 1967-1973 (Hurst/Oxford University Press, 2017), the shoe was actually on the other foot: the triumph on July 30 enabled Israel to accept the US-brokered truce without too much loss of face and domestic resentment, which was rising anyway as the death toll from the War of Attrition mounted.

In three months of direct clash, the other component of the Soviet 18th Air Defense Division — batteries of SAM-3 anti-aircraft missiles — had taken an unsustainable toll on the IAF. In particular, the Soviet missiles had shot down so many of Israel’s new, vaunted F-4s that they would be exhausted within a few more weeks, as US-supplied countermeasures had proved inadequate. Even if Washington approved full resupply of the aircraft, the crews could not be soon replaced; as is, there was already less than one crew per serviceable Phantom. The Soviets, in contrast, had plenty more planes and crews where the downed MiGs came from; size does matter, then and now. And the Nixon administration — led by National Security adviser Henry Kissinger — was not inclined to approve the resupply, unless Israel accepted the peace plan proposed by Secretary of State William Rogers — which included, besides a ceasefire, certain elements pertaining to the future of the  “occupied territories” — the West Bank and Gaza — that were unacceptable to Golda Meir’s national-unity coalition, especially its right-wing component Gahal, the forerunner of today’s Likud.

The IAF was not baited by the stung Soviet pilots’ attempts to initiate a rematch in air combat. But the Soviet SAMs drove the message home with two more Phantom shootdowns in the first days of August. Israel was constrained to accept the Rogers Plan and its ceasefire component on the 7th — so hastily that verification measures for the standstill provision of the ceasefire were not yet in place. Minutes after it went into effect at midnight, headlights went on of convoys advancing the Soviet-Egyptian SAM array up to the canal’s west bank, denying Israel air superiority over the canal itself and a strip to its east. This was the very objective that Israel had fought the War of Attrition to prevent: in October 1973, it would enable the Egyptian Army (with Soviet support) to cross the canal and overwhelm Israel’s Bar-Lev Line of fortifications, and the IAF would lose dozens of planes trying to stop it.

In August ’70, the IAF’s dire straits prevented Israel from any forceful response to the ceasefire violation. It could only halt the following phase of the Rogers Plan — talks through UN mediator Gunnar Jarring. Gahal pulled out of the coalition anyway. In Moscow, the Soviets literally laughed off US protests. With his plan scotched, the humiliated Rogers was soon replaced as Secretary of State by Kissinger. The USSR got all the credit, on the Arab side, for defeating Israel.

But the IAF’s truly glorious victory in the battle of July 30, along with a series of illustrious tactical exploits of Israeli ground forces, could be — and was — played up in the Israeli narrative to claim a total triumph in the War of Attrition. A successful deception in July 1972, whereby Egypt purportedly “expelled all Soviet advisers” due to a rift with Moscow, further strengthened Israeli  confidence that, shorn of Soviet support, Egypt was incapable of going to war. This led directly to the Israel’s disastrous unpreparedness on Yom Kippur, 1973. Only in recent years has the realization begun that, in strategic terms, Israel actually lost the War of Attrition, despite the IAF’s outstanding valor in its final stage.