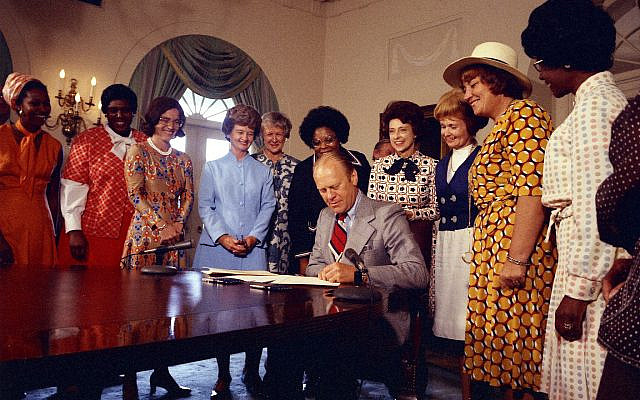 So I think all Rabbis, including Haredi Rabbis should speak about the awesome holiness of Jewish women.

In the Land of Israel during Biblical times there were Jewish woman like Miriam, Deborah and Huldah who were Prophets (Exodus 15:20, Judges 4:4, and 2Kings 22:14) yet in Europe during the reign of Orthodox Rabbis there were no female rabbis.

The first female rabbis were ordained by the Reform Jewish movement in England, Germany, Israel and the U.S.

Jewish woman filled with passion and spirit have never been absent from Jewish life: they were just ignored by almost all Orthodox Rabbis, most of whom took for granted their mothers and wives and failed to praise them and their holy activities publicly as did the following four Hassidic Rabbis.

When his wife died the Baal Shem Tov said, “I thought I could rise to heaven in a whirlwind like Elijah, but now that I am only half a body this is no longer possible.”

Rabbi Zusya of Hanipol said, “My mother Mirl did not pray from a book because she could not read. All she knew was how to say the various blessings. But wherever she was when she said the morning blessings, that place radiated God’s presence for the whole day.”

Rabbi Yitzhak of Zhinakov said, “My rebbetzin also has [the inspiration of] ruach ha-kodesh [the holy spirit]” Indeed, many such accolades are recorded in ‘Jewish Tales of Holy Women’ by Yitzhak Buxbaum

A few days prior to her wedding, Helene over heard some Babylonian astrologers saying that on the day she enters the bridal chamber, a snake will bite her and she will die.

Yosefah Helene told her father Rabbi Akiba what the astrologers had said, but he was not very worried about it because Jewish people should not believe that their future is determined by the movement of the planets in the sky..

A few hours after her marriage she took a long hairpin and stuck it into a large crack in the wall, as she had done often before, and by chance, it penetrated into the eye of a snake. The following morning, when she took the hairpin out of the crack in the wall, a small but very poisonous snake came trailing after it.

When Yosefah Helene told her father what happened,’ her father asked her, ‘What did you do?’ (to merit this miracle)

‘A poor man came to our door last evening,’ Yosefah replied, ‘and everybody was so busy at the wedding banquet, there was no one to attend to him. So I took the food that had been given to me and I gave it to him.’

‘You have done a very, very, good deed,’ Rabbi Akiba said to her.

Then Rabbi Akiba went out and lectured to people: Do not trust astrology. Trust in the frequent benefits of doing good: ‘For charity delivers from death’ (Proverbs 10:2); and not only from an unnatural death, but even from ordinary death itself. (taken from Talmud: Shabbat 156b)

The memory of these saintly Jewish women was preserved because they were mentioned by their husbands or father who were well-known Rabbis.

But many more wonderful stories about Jewish woman were not preserved because most Orthodox Rabbis did not make an effort to publicize the wonderful deeds of Jewish woman.

In the accounts above I tried to make up in some small way for their omission. For example, see my Midrash about how Queen Vashti became Jewish on the Times of Israel web site or on my website: rabbimaller.com