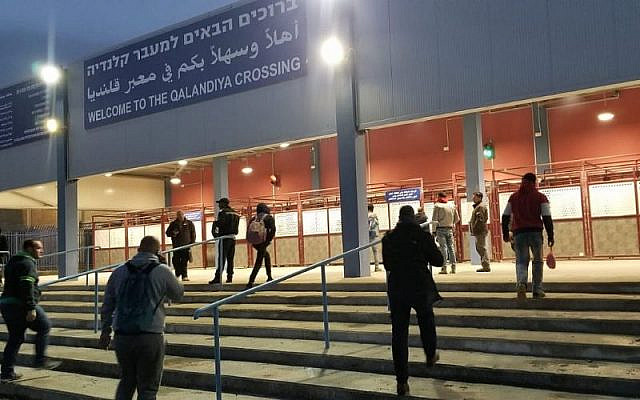 Let’s hope that there will be no occasion to write a column marking the diamond anniversary of the occupation.

In the year leading up to June 6, 2017, the 50th anniversary of the Six-Day War and of the Israeli occupation of the Palestinian territories, esteemed political and social psychologist Prof. Daniel Bar-Tal worked with other prominent Israelis and Jewish leaders around the world to promote a joint initiative under the banner Save Israel/Stop the Occupation (SISO). By uniting progressive forces in the diaspora with Israeli individuals and organizations engaged in peace activism and the defense of human rights, SISO aimed to generate collective impact through a continuous, coordinated, round-the-world cycle of activities by diverse groups with the goal of raising awareness and increasing pressure to end the occupation before it hit the 50-year mark.

Here we are, five years later, facing yet another anniversary that is getting far less attention for a variety of reasons, including the fact that references to “55 years” lack the drama and potency of the phrase “half a century” and don’t stop anybody in their tracks. The normalization of the occupation has received a huge boost from Israel’s burgeoning ties with the Arab states, whose leaders are tripping over each other in their rush to benefit from Israeli know-how and markets. Furthermore, the threat to world peace posed by Russia’s invasion of Ukraine has pushed the Israel-Palestine conflict, which was already near the bottom of the international community’s agenda — well behind climate change, Iran’s nuclear program, and China’s rising power — practically off the page entirely, as Europe’s awakening to immediate defense concerns has heightened the drawing power of Israel and its military industries. As for the United States, when announcing President Biden’s upcoming visit to the Middle East, a US official proudly stated that the president “looks forward to reaffirming his lifelong commitment to a two-state solution.” Whether this declaration was a sign of naivete or a cynical attempt to appease President Abbas remains to be seen, but there is no question that what is needed is not long-term adherence to an abstract principle but the immediate implementation of an action plan.

Five years after the Israeli left engaged world Jewry to trumpet the message that the occupation cannot go on any longer, the Palestinian children who were born in 2017 are starting school in the same dismal reality that has been the lot of their parents and grandparents since 1967. Five years after the SISO campaign, the Israeli youth who were entering junior high that year are graduating and starting their enlistment in the service of the occupation. Five years after, students who entered medical school are becoming doctors, ready to patch up or pronounce dead the endless flow of casualties of Israeli-Palestinian violence.

In 1967, a young Israeli soldier confronted an aged Palestinian grandfather in a West Bank casbah and gruffly called out to him jib huia, demanding that he present his ID card for inspection. Fifty-five years later, that grandfather has been dead for decades, and the young soldier is himself a grandfather whose grandchildren stand at West Bank checkpoints gruffly herding new generations of Palestinians through the inspection process. Do not be fooled into thinking that this cycle is indicative of a standstill, however; 55 years of humiliation, of statelessness, of oppression take their toll, and the cumulative effect on a desperate population should be taken into account when considering what the future holds.

For the Israeli peace camp, perhaps the worst memory of this 55th anniversary will be the image of MK Gaby Lasky, the champion of human rights, raising her hand along with her party colleagues in support of the “Judea and Samaria law,” which applies Israel’s legal system to the settlers in the occupied territories, basically forming the basis of the apartheid system that discriminates between Jews and Palestinians in the West Bank. Approximately one year after voting in favor of the renewal of the discriminatory Citizenship and Entry Into Israel Law, which makes it next to impossible for Palestinian couples to live together in Israel when one is Israeli and the other is not, and having enabled the “government of change” to approve thousands of new housing units in the settlements since taking office, the Meretz party took the unimaginable position of buttressing the very core of the illegality of the occupation.

On this 55th anniversary, we must contend with the fact that realpolitik has obliterated ideology and bankrupted the Israeli political domain and that the decimated Israeli peace camp no longer has a political home. The conclusion is not to admit defeat but to take the struggle to the international arena and pursue it as civil society, free of narrow party interests. And let us hope that there will be no occasion to write a column marking the diamond anniversary of the occupation.