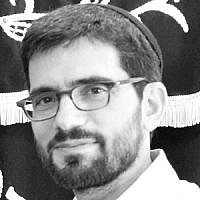 The Blogs
Chaim Marcus
Apply for a Blog
Advertisement
Please note that the posts on The Blogs are contributed by third parties. The opinions, facts and any media content in them are presented solely by the authors, and neither The Times of Israel nor its partners assume any responsibility for them. Please contact us in case of abuse. In case of abuse,
Report this post.

At 4:55 pm, just hours before the seder, while most people were making their final preparations, my friend Aryeh Wuensch and I were picked up by Waseff and Bayan, Command Sergeant Majors in the IDF.

From the center of Jerusalem, they drove us 15 kilometers north to an IDF base located in Atarot. As we got closer to the base, Waseff pointed out Ramallah, a five-minute drive up the road.

Upon arriving at the base, I made some last minute calls to the US and headed to the kitchen and mess hall.

Wherever you may have been for the seder, I hope you were surrounded by friends and family doing what we’ve been doing for millennia.

At our seder I was also surrounded by friends and family. For the first time in my life, along with my friend Aryeh, I had the distinct honor of leading a seder for sixty five soldiers on their base in the north of Jerusalem.

While most of Jerusalem’s 800,000 residents were enjoying delicious meals and the warmth of their homes, thousands of soldiers around the country were on duty.

That means someone from the IDF had to make this call:

According to published reports, IDF kitchens were stocked this Passover with 6.5 tons of Nile perch, 39 tons of meat, 11 tons of potatoes, 11,000 bottles of grape juice, 9,500 bottles of soft drinks, and 7.5 tons of Kosher for Passover cakes.

As we got closer to 8pm the 65 place settings in the mess hall began to fill with soldiers. 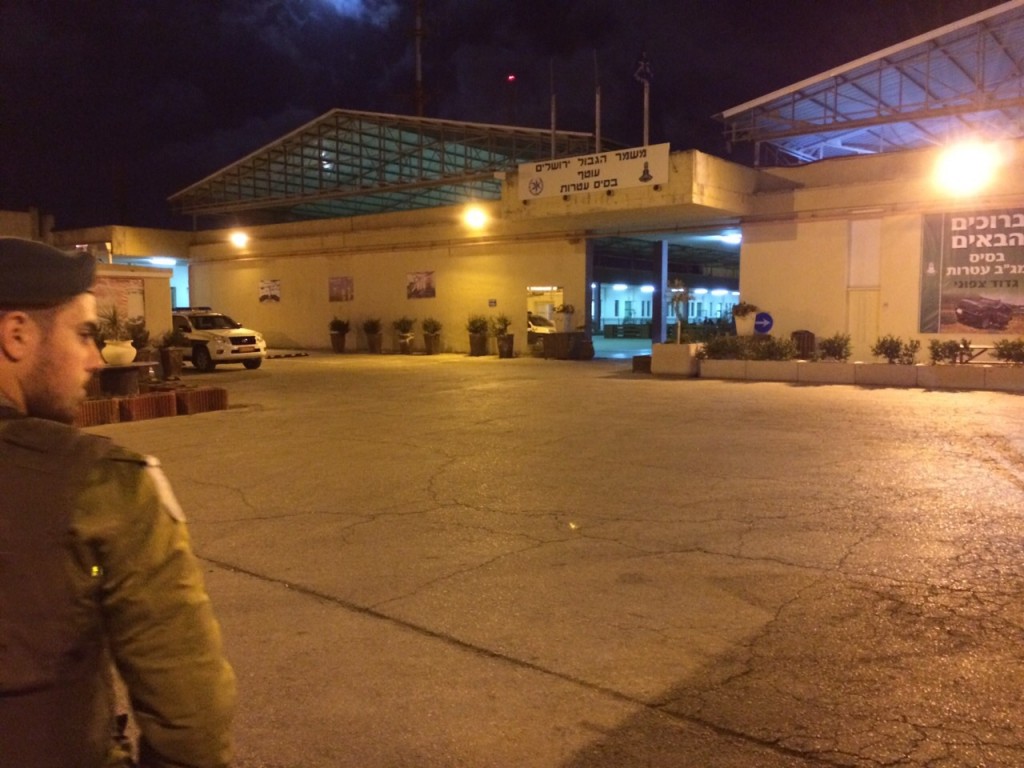 The Entrance to the Atarot Base

We were shown to the head table which was also reserved for the highest ranking officers on the base.

As these officers began to take their seats we had a moment to introduce ourselves. As I read their name tags, I quickly realized none of them were Jewish. Which meant that unlike very many other seder’s in the history of the Jewish people, our head table at this seder had a Muslim, a Christian and a Druze officer.

Let me run that back, in case you missed it.

It’s Passover. I’m sitting at a seder. In Jerusalem. On an Israeli Army base with Israeli soldiers. And the highest ranking officers are a Muslim, Christian and Druze. Arabic is their first language.

You can’t help but be moved and utterly thankful for their heroic commitment to the safety of the country.

This summer, Colonel Ghassan Alian, made local headlines when despite being injured he rushed back to the battlefield. I say local headlines because Colonel Alian is Druze and somehow these stories oddly find very little coverage in the media. 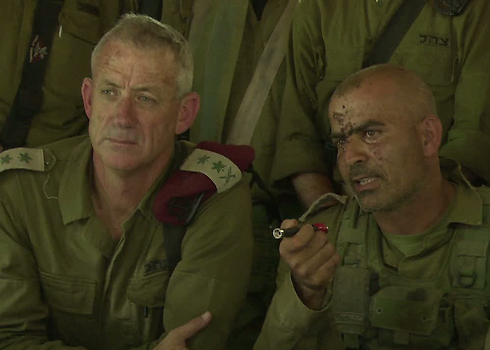 Druze heroism however, is nothing new to Israelis and neither is the heroism of the Bedouin tracking units or proud Israeli Christian Arabs like George Deek.

After the Seder I got a chance to sit and talk with these proud men of different faiths. To know that Israel is blessed to have them in her midst, protecting her borders, makes me all the more proud to call the Jewish people my family.

I particularly enjoyed meeting Officer Laurence Obidah, a proud Sufi Muslim and a proud defender of Israel. Together with his son – who serves in the elite Paratroopers Unit – they recently joined IDF Chief Benny Gantz on a father and son jump. “It was one of the most memorable things I’ve ever had the privilege of doing,” he told me.

Included at our seder were 25 brave young women of the IDF, a spirited group who led the Ma Nishtana, read from the Hagadah and chose some of the traditional songs.

Along with our new friend Shabetai the kitchen manager and a soldier named Daniel, we finished the seder with dancing and singing at about 12 am.

We then headed for the security room where these soldiers were monitoring the security cameras, staring at multiple screens, manipulating cameras to zoom in and out and monitoring through infrared, movement near sensitive areas.

On the one hand there’s a very relaxed vibe in the room. On the other hand, these are very well trained soldiers. No cell phones allowed. They also don’t look away from those screens even for a split second. Ever.

This was one of the most moving parts of the visit to the base.

As you can imagine, this is very tedious and often boring work. The vigilance though, the zooming in and out, the constant pushing of buttons on a keyboard never abated for a moment.

It was during this time –more than during the seder- that Aryeh and I were able to answer questions about the seder and share meaningful ideas about Passover with these dedicated soldiers. 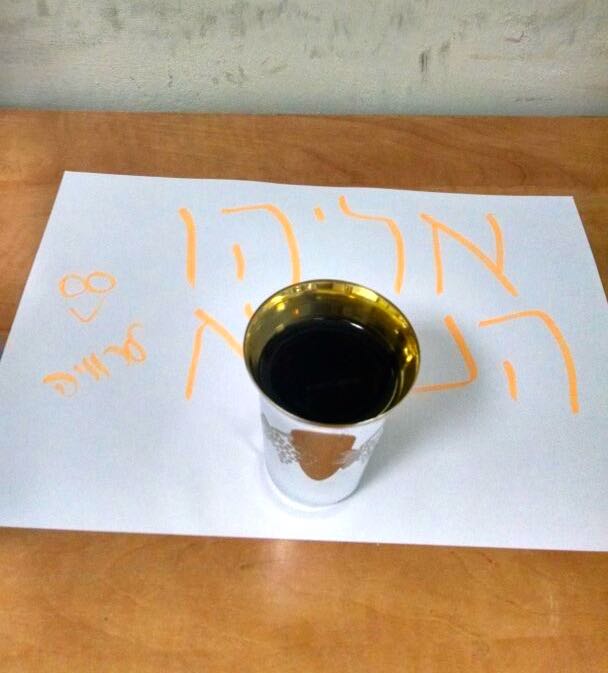 One of the soldiers created their own “Cup of Elijah” and brought it back into the Security Monitoring room.

On the night known as “lail shimurim” or “a guarded night”, when we open the door for Elijah expressing our trust in G-d’s protection, we got to spend a few meaningful hours with 65 of Elijah’s Elite Team.

Right before Passover I called an old friend in California. As we were hanging up he said what many Americans say when they hear that you are in Israel: “Stay safe”.

If you are thinking of Israel as a “stay safe” zone, you are long over due for a visit.

Sitting in this Security Monitoring Room you are reminded that the absolute sense of security that one feels while in Israel, is thanks to soldiers like these who perform their duties with a deep sense of commitment and the highest level of professionalism.

Amongst a number of other fundamental points, Matti Friedman articulated this in his extremely well written piece for Tablet.

“In all of 2013, for example, the Israeli-Palestinian conflict claimed 42 lives—that is, roughly the monthly homicide rate in the city of Chicago. Jerusalem, internationally renowned as a city of conflict, had slightly fewer violent deaths per capita last year than Portland, Ore., one of America’s safer cities.”

As the holiday was coming to a close, Aryeh and I were sitting in the on-base synagogue. Every couple of minutes one of the soldiers from the Security Monitoring Unit poked their head in asking what time was Havdalah, the prayer said at the end of the Sabbath and Festivals. They were worried they would miss it. We solved that problem by putting them at ease and making the Havdalah, probably for the first time ever, in the Security Monitoring Room, with the soldiers at their stations. 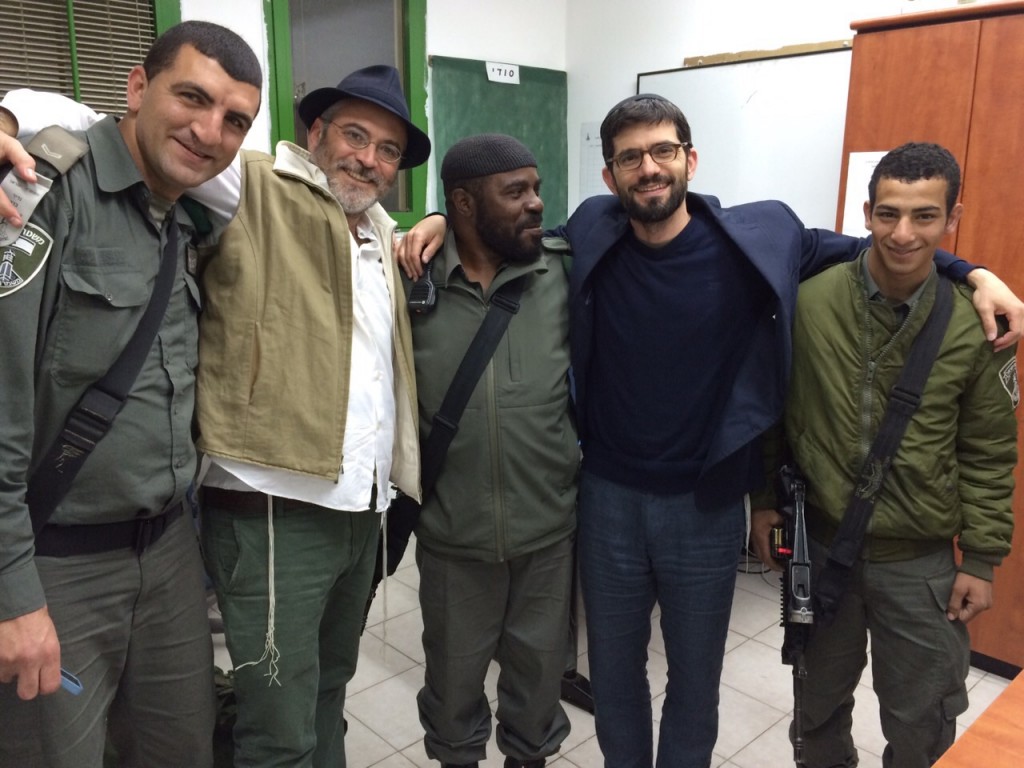