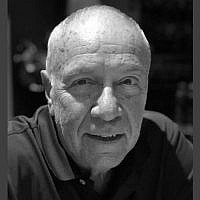 The Blogs
Eddy Boas
Apply for a Blog
Advertisement
Please note that the posts on The Blogs are contributed by third parties. The opinions, facts and any media content in them are presented solely by the authors, and neither The Times of Israel nor its partners assume any responsibility for them. Please contact us in case of abuse. In case of abuse,
Report this post.

After 73 years, the Dutch railway Nederlandse Spoorwegen (NS) has at last admitted wrongdoing in their undeniable cooperation with the Nazis in deporting Dutch Jews to transit camp Westerbork and from there to the Dutch-German border. There they handed the trains over to German railway workers, who then took the trains onto Auschwitz, Bergen-Belsen, Sobibor and other concentration camps, where their human cargo of Dutch Jews, were to be murdered.

To NS it was business as usual. The Nazi occupiers of the Netherlands paid them the equivalent of about 2.5 million Euro for their troubles. NS have now agreed to pay compensation to the few surviving Dutch Jews who are still alive. Dutch bureaucracy has been very slow in acknowledging their betrayal of Dutch Jews.

55 years (2000) to approve payment of restitution for looted Jewish assets.

69 years (2014) for Amsterdam City Council to acknowledge wrongdoing in charging Jews interest for late payment of city tax during the time they were in concentration camps.

71 years (2016) for the Hague City Council to acknowledge that the Council had acquired empty Jewish homes from the Nazis.

Per head of population more Dutch Jews were murdered than from any other Western European country, out of 107,000 only 5000 survived the Holocaust, 102,000 were murdered.

I believe that deserves a public Apology.