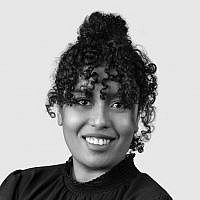 The Blogs
Sheba Birhanu
Apply for a Blog
Advertisement
Please note that the posts on The Blogs are contributed by third parties. The opinions, facts and any media content in them are presented solely by the authors, and neither The Times of Israel nor its partners assume any responsibility for them. Please contact us in case of abuse. In case of abuse,
Report this post. 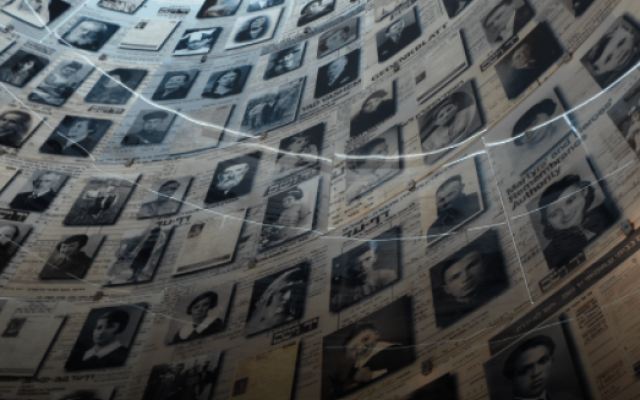 On January 20, 1942, SS General Reinhard Heydrich, the chief of the Reich Security Main Office, SS Major General Heinrich Müller, chief of the Gestapo, and SS Lieutenant Colonel Adolf Eichmann, the Angel of Death, met with 12 other Nazi officials in the Berlin suburb of Wannsee to determine how best to implement Hitler’s murderous policy of purging Europe of all Jews.

This infamous and tragically consequential meeting led to the creation of death marches, gas chambers, and mass extermination camps. From early 1941 until spring 1945, six million Jewish children, women, and men – totaling two thirds of the Jewish population of Europe before World War II – were murdered in an industrial–scale, state–sponsored genocide we now remember as the Holocaust. We know these details because the Holocaust was, by both perpetrator and victim, the most well documented genocide in history.

Yet, today in Canada and around the world, considerable effort is invested both online and in the real world to deny, reshape, and rewrite this history. Holocaust denial is a particularly vile, pernicious form of antisemitism. It is characterized by attempts to deny the Jewish people their lived experience, demonize them, or accuse them of causing the Holocaust.

Online, one of the starkest examples can be found on Twitter, where Iran’s Supreme Leader Ayatollah Khamenei has repeatedly issued Tweets denying that the Holocaust ever transpired. In October 2020, Khamenei tweeted “The next question to ask is: why is it a crime to raise doubts about the Holocaust? Why should anyone who writes about such doubts be imprisoned while insulting the Prophet (pbuh) is allowed?” The tweet received nearly 10,000 likes and was retweeted 2,663 times.

Unlike other forms of misinformation and hate, these tweets remain online and accessible without any context as to why they are so problematic.

Offline, it was only a few years ago that notorious Canadian Holocaust denier Ernst Zündel died, after a flourishing career in spreading messages supporting Neo-Nazism and Holocaust denial. Convicted twice in Canadian courts, both cases were subsequently overturned. He was finally deported to Germany where he was convicted and sentenced to five years in prison for inciting hatred and violating the memory of the dead.

The problem in both these cases is that, although our government acknowledges both the harm Holocaust denial causes and its links to modern-day antisemitism, our courts are not equipped with the requisite tools to combat it.

In other democracies, Holocaust denial is considered a form of hate speech and falls outside the bounds of protected free speech. In both France and Germany, for example, Holocaust denial laws were enacted in response to a growing number of antisemitic incidents, recognizing the direct links from denying the genocide of the Jewish people, to incitement, to targeted attacks on the streets.

In 2021, UJA Federation of Greater Toronto documented a fivefold increase in antisemitic incidents in the region in just the month of May. Across the country yellow stars have been brandished at protests equating government vaccination policies to what the Jews experienced at the hands of the Nazis. Rocks have been thrown at Jews and Jewish institutions graffitied with swastikas.

It is time that Parliament provide Canadians with the tools needed to combat Holocaust denial, recognizing its connection to the antisemitism affecting the Jewish people in their own communities. As Canada’s community of Holocaust survivors diminishes with age and time, it is up to all of us to preserve their memory and prevent recurrence of their tragedy.

About the Author
Sheba Birhanu is the Associate Director of Partnerships at the Centre for Israel and Jewish Affairs (CIJA), the advocacy agent of the Jewish Federations of Canada.
Related Topics
Related Posts
Comments