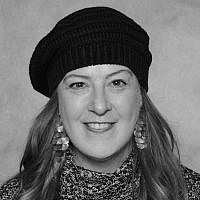 When you make aliyah from Australasia you get something no other olim get. Extra time. We made aliyah in the southern hemisphere summer so we gained an extra 9 hours. Now, 9 is a significant number in Judaism, although the only reference I have is from Pesach and the song “echad mi yodeah”. In the song 9 are the months of pregnancy and that implies a whole new lifetime and identity.

But seriously, I soon realised I could do with those 9 extra hours! One barely lands at Ben Gurion airport, and the paperwork just completed to get out of one’s country of origin, now begins again as you settle in as an Israeli.

However, being Israel there is always the chance that things will run smoothly – or not. That appointments have to be booked – or not. That you can get the most helpful person at the office of the ministry you are visiting – or not.

In Israel you can do nothing, absolutely klum, without your T.Z. The Teudat Zehut aka Identity Document, is not just a number, but the magical code that unlocks everything from banking to buying groceries online. So we were horrified to find out that, due to the 70 000 olim that flooded Israel in 2022 as opposed to the regular 26 000 give or take, the wait time for an appointment for a Teudat Zehut anywhere in Israel (I even looked at Eilat and Katzrin) was 6 months!

So we made our first Israeli move. We arrived in Shlomziyon Hamalka street in downtown Jerusalem and joined the snaking queue 30 minutes before the office of Misrad Hapnim (Ministry of the Interior) was set to open. What made it Israeli, and in hindsight I feel that is why we deserved our appointment, is that we did not actually have an appointment!

Due to my basic Hebrew, and the first reception desk’s even worse English, we were allowed to proceed to the actual floor of the offices. Here a friendly Israeli took pity on us and gave us a ticket to be seen. We were. Albeit after the offices actually closed. And she apologised later that we waited for 3 hours – as opposed to 6 months!!!

Now, what was really funny and frustrating about this visit, given Israeli security and all the documents we were asked to bring:

and we were not asked to show even one of them!

To prove we were married, I was asked to step away from the desk. The official then asked my husband my date of birth, close call but he got the year right! Then I stepped forward and was asked the same for him. Yes, we are officially married. Next came our name. This demands a whole new paragraph.

When we landed and were given our Teudat Oleh (certificate of immigration) at Ben Gurion, our surname was spelled with a “shin” not “samech” meaning we are Shteinman rather than Steinman. So my husband asked the official to change it. “Of course” was the friendly and accommodating response. “Anything else?”  “Well, actually I want my Hebrew name on my T.Z” I said. She looked at me, looked at the paperwork from Ben Gurion and said that it wasn’t written. I explained that it wasn’t my official name, would not be written on any official documentation I have ever received, but I wanted to have it on my Israeli paperwork. She nodded, asked what I wanted to be called and changed it. No question.

The next step in the journey was the bank. As the paperwork was being filled out, the banker asked which surname we wanted to use. Puzzled, my husband responded, “Steinman with a samech”. “Yes” replied the banker, but on your T.Z it is spelled without the nun, Steiman”.

Here it seems, you can be whoever you want to be! Or even have your name changed without asking, as we were to discover.  But as long as we are Israeli and with our T.Z, albeit in names we never had before, we can navigate the system officially and effectively!

About the Author
Carolyn was born in South Africa, lived in Australia and has now realised her dream of making Aliyah. She has taught in schools and university across two continents and four cities. Carolyn, now officially Gavriella, blogs her journey and it’s quirky and profound moments, from one side of the Yarden to the other.
Related Topics
Related Posts
Carolyn Steinman