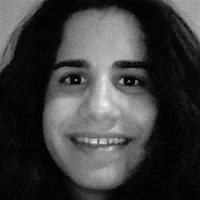 The Blogs
Sivan Geffen
Apply for a Blog
Advertisement
Please note that the posts on The Blogs are contributed by third parties. The opinions, facts and any media content in them are presented solely by the authors, and neither The Times of Israel nor its partners assume any responsibility for them. Please contact us in case of abuse. In case of abuse,
Report this post.

Getting through junior high is never easy. It’s even worse when you don’t really understand what’s going on around you.

When I moved back to Israel, at 13-years-old, I constantly wished for a 10-Step Guide to becoming an Israeli teenager. Preferably accompanied by a YouTube video demonstrating the fine art of drinking chocolate milk from a bag or a detailed explanation of when to use Israeli slang words.

Seven years later, I’ve realized there is no universal guide. Israel is a dynamic country, and becoming part of it is a personal journey.

Many times, you won’t even realize you’ve become Israeli. Yet, suddenly, you’ll understand all the cultural references in an episode of the political satire show, Eretz Nehederet, or you’ll recognize the names of obscure moshavim and nature walks. And once you’ve become Israeli, there’s no going back.

Thinking back, I’ve compiled a list of the 10 Steps that have brought me to the point where I can’t spend a month abroad without missing the homeland. Without further ado, my 10-Step Guide to becoming an Israeli teenager:

Step 1. Befriend Israelis. This is really The Golden Rule, but somehow, it’s never stressed enough. You can’t become Israeli from reading a textbook (believe me, I’ve tried). You’ll need the tutor. It’s difficult to figure out who to befriend in a new culture, so try and meet everyone.

Step 2. Learn to laugh at yourself. Over the course of your integration, you’re bound to do (and say) some embarrassing things. Just allow yourself to revel in the awkwardness. In a few years, they’ll become wildly hysterical stories for your Israeli friends to reminisce about at parties.

Step 3. Delve into Israeli culture. Because, at some point, you will have to resign yourself to being part of a conversation on Bar Refaeli vs Esti Ginzburg or whether or not you love Mizrachi music. And no, the Israeli songs you sang at your Jewish Day School (like Jerusalem of Gold) are not what Israeli teens listen to today.

Step 4. Youth groups are cool here, try one out. For those of us who come from countries where voluntarily joining structured groups is inherently “un-cool,” this might come as a shock. Students here do join youth groups, complete with authority figures and values, and, in many cases, even become counselors. It’s a great way to meet new people and become part of Israel.

Step 5. Speak fearlessly. At the beginning, it’ll seem like a distant dream, but the day will come when you can manage an entire conversation without making a fool of yourself. And that day will arrive quicker if you have some help. Speak Hebrew as though you’ve been speaking it your whole life, and learn from your mistakes.

Step 6. Try Israeli food. And I don’t just mean basic shwarma or falafel. Go the full distance with sabich sandwiches, zatar, and labane. I’m ashamed to admit that I didn’t try shakshuka until five years after I immigrated, and I’m convinced it was an impediment to my integration. Don’t forget that food can also be the basis for divisive, important national dilemmas — such as, which part of the krembo should you eat first?

Step 7. Don’t make comparisons. You’re in a new country, and a new culture. Everything is different — the way people speak and act, the music, the food, the entertainment and the school system, to name a few. There’s no better or worse, so be open and receptive to your new surroundings.

Step 8. Travel around Israel. There are activities and places in Israel — like having a barbeque at the beach, swimming in the Kinneret, or visiting the Ramon Crater — that have become part of the psyche. And remember, you’re a local now — go ahead and complain loudly about all the tourists.

Step 9. Don’t forget where you came from. It’s easy to get caught up in the dream of becoming Israeli, but your past is part of you. Sometimes, we forget that it’s the mix of cultures that makes Israeli culture so interesting, and we can add to the pot. Take the best from both worlds.

Step 10. Have a lot of fun. Israel is the playground of the young, so don’t miss another moment of your Israeli childhood.

If you’ve made it past Step 10, you can be congratulated on becoming an Israeli teenager. Which means that by now, you’ve realized how inherently, completely un-Israeli it is to have followed a 10-Step Guide.

About the Author
After 11 years in the US, Sivan Geffen returned to Israel at age 13 and graduated from an all girls religious high school. She served two years in the National Service Program. She is currently on the traditional Israeli Gap Year before starting university in Israel.
Related Topics
Related Posts
Comments