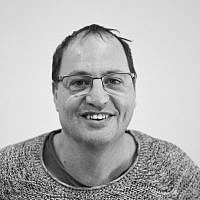 The Blogs
Rami Rom
Apply for a Blog
Advertisement
Please note that the posts on The Blogs are contributed by third parties. The opinions, facts and any media content in them are presented solely by the authors, and neither The Times of Israel nor its partners assume any responsibility for them. Please contact us in case of abuse. In case of abuse,
Report this post. 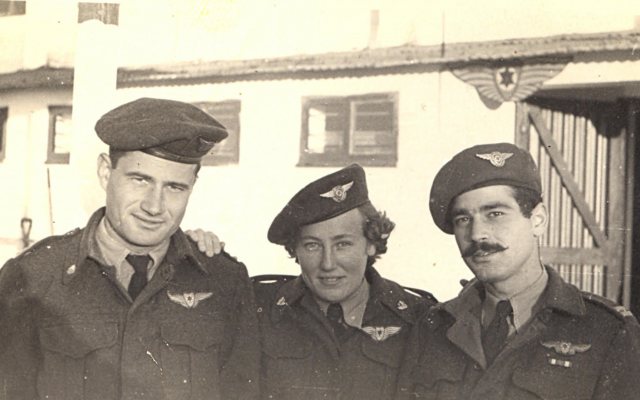 On July 1, 1973, the Israeli air-force attaché in Washington DC, Colonel Joe Alon, was assassinated. Joe and his wife Devora drove back from Stella Levi’s party in the Shulman’s home in Washington DC and arrived to their home at about 1 PM. Devora exited the vehicle and walked to their home while Alon gathered up his sports jacket from the back seat. At that moment, the assassin shot 5 bullets at Joe. The assassin’s identity and motive are not known. A 49 years old unsolved mystery probably due to a cover-up on both sides of the Atlantic ocean.

Alon was one of the finest Israeli pilot fighters. The first Israeli Air-Force (IAF) Mirage squadron commander, a hero of the 1967 war great victory. As Israel’s attaché in Washington DC in the early 1970s’, Alon assisted in the bringing to Israel of the F-4 fighter planes that became the backbone of the Israeli air-force. Alon graduated as a fighter pilot in the first Israeli military air force flight course and became a flight instructor in the next courses. Alon was the first commander of the Hatzerim base in the Negev, where the IAF flight academy is till today.

In the photo above from the early 1950s, Avraham Hacohen, Yael Rom and Joe Alon are shown, young IAF pilots and flight instructors. Avraham Hacohen was the lead test pilot of the Israeli Air Industry (IAI) and was killed in a test flight in 1970. Alon was Yael’s instructor in the advanced part of the IAF flight course. In an interview in 2003, Yael talked with great admiration on Alon. Yael said that he was a tough instructor, demanded long flight exercise hours with multiple landing at the end of the flights but at the course end, insisted that she will complete the course with distinction. Yael said that Alon was an outstanding pilot and flight instructor and was selected by the air-force high command to lead the construction of a new air-force base in Hatzerim due to his great leadership. Yael said that only Alon could succeeded with this hard task with the extremely harsh conditions in Hatzerim at that time.

In the film by Liora Amir-Barmatz, who killed our father, Alon’s daughters said that the State of Israel never investigated who killed Alon. For some reason, Alon’s assassination, although he worked closely with Israel’s top leaders like Prime Minister Itzhak Rabin, President Ezer Weizman and Chief of Staff Mordechai Gur was forgotten.

Few telegrams that were found in Prime Minster Golda Meir’s office general manager files, Mordechai Gazit, and the general manager of the Foreign Office, Avraham Kidron files, reveal that on Sunday, July 1st, 1973, Dr. Kissinger called the Israeli ambassador in Washington, Simcha Dinitz, and invited him to an unplanned meeting in San-Clemente, California. They scheduled the meeting to Tuesday, July 3rd. In a previous telegram on June 29th, Dinitz reported to Gazit that he talked with Kissinger that day over the phone and they scheduled their next meeting to July 8th, when Kissinger will return to Washington from San-Clemente and then he will update Dinitz on the super power summit discussions. Hence the reason for Dinitz sudden invitation to San-Clemente by Kissinger on July 1st was not for reporting on the summit, it was more probably due to Alon’s assassination on that morning.

In an extremely urgent telegram, similar to the telegrams Mordechai Shalev sent on October 6th morning to Gazit regarding Kissinger’s demand from Israel not to preempt on the first day the Yom-Kippur war, Dinitz reported to Gazit that the meeting with Kissinger was mostly a private meeting, with no protocol written. In the meeting Kissinger said he was sorry for the disaster and asked Dinitz if he had more information about it. Dinitz wrote that he met in San Clemente Kissinger’s deputy, General Scowcroft, that told him that he is in touch on that matter with the FBI.

In the July 4th letter, Dinitz did not mention Alon’s assassination at all and hence it must have been reported to Gazit in a separate telegram thread. There must be additional telegrams by Dinitz, Gazit and Avraham Kidron about Alon’s assassination. These telegrams may be archived with Dinitz’s highly sensitive reports from the secret channel with Hafez Ismail. For example, a letter by Avraham Kidron to the Washington embassy from July 8th 1973 is kept secret in the state archive till 2024. Another such file is a PM office file that contains Dinitz and Gazit telegrams from June and July 1973, file number 7550-4 (b).

Who Killed Joe Alon in Washington DC on Dr. Kissinger’s Watch in 1973?

According to Gazit’s files, Dr. Kissinger knew a lot about Alon’s assassination. Kissinger called Dinitz on July 1st and invited Dinitz to a private meeting in San-Clemente and Dinitz briefed him on what he knew; Kissinger deputy, General Scowcroft, told Dinitz he is in touch with the FBI and will update him; According to Fred Burton, the FBI destroyed all the evidence in the case, later closing it for lack of evidence in 1976. How come the US National Security Advisor, Dr. Kissinger, that Joe Alon was killed on his watch in Washington DC, did not punish the FBI investigators that destroyed these evidences according to Burton? Combining these facts with the secrecy forced by the Israeli state archive on the unsolved mystery looks like a cover-up on both sides of the Atlantic ocean for an unknown reason. Kissinger hid a big number of classified documents as the National Security Archivist William Burr reported.  Information on Joe Alon’s assassination may exist in Kissinger’s private collection given as a Gift to the Nation to the Congress Library in 1976 to be kept secret for 25 years or 5 years after Dr. Kissinger passing away. A request was sent to Dr. Kissinger’s office to share information on Alon’s assassination that may exist in his private collection files.

About the Author
Rami Rom is a scholar of the Yom-Kippur War, and more specifically he focuses on the impact of Kissinger and Ismail secret channel on the war.
Related Topics
Related Posts
Comments