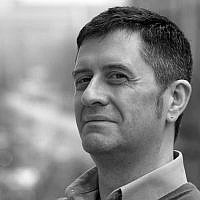 The Blogs
Adam Lebor
Apply for a Blog
Advertisement
Please note that the posts on The Blogs are contributed by third parties. The opinions, facts and any media content in them are presented solely by the authors, and neither The Times of Israel nor its partners assume any responsibility for them. Please contact us in case of abuse. In case of abuse,
Report this post. 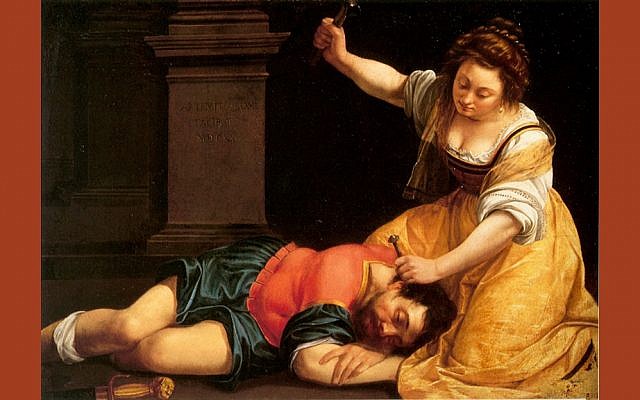 Sex, murder, betrayal: the story of Yael, recounted in the Book of Judges, makes enthralling reading. I first heard of her deeds in a Jewish history lesson at school, more than thirty years ago, and Yael still captivates me.

Jabin, the king of the Canaanites, had cruelly oppressed the Israelites. Deborah, the Hebrew prophetess, summoned Barak, her general. She told Barak that God had ordered him to lead an army of 10,000 men against Sisera, Jabin’s military commander. The battle took place and Barak’s soldiers duly routed Sisera’s forces. Sisera fled to the tent of Heber, whose family was allied with Jabin, believing that he would find sanctuary there. This was a mistake.

Yael, Heber’s wife, welcomed Sisera inside, and gave him a drink of milk and a blanket. Sisera fell into a deep sleep. When Barak passed by, looking for Sisera, Yael ushered him inside. There was Sisera, dead, with a tent-peg rammed through his head.

Yael may have been even more ruthless. An alternative version, told as a poem, the Song of Deborah, in Judges chapter 5, recounts that Yael crushed Sisera’s head and then he fell at her feet – thus, Yael despatched the general while he was still awake and standing. According to the Gemara, Yael slept with Sisera seven times to completely exhaust him before she killed him, which certainly would do the trick, especially after fleeing a battle.

We will never know exactly what did or did not take place in that tent, but either way, Yael was clearly not a woman to be messed with. I began to look at the nice, north-west London, Jewish girls in my class in a whole new light. The school camping trip suddenly seemed less appealing.

The story of Yael was also a revelation in another sense. It made me realise that the Bible and its contemporaneous literature were rich in powerful human stories with a contemporary resonance. Think of the anguish of Moses, forbidden to enter Israel, or King David, despatching Uriah to the front to be killed, so that David may take his widow, Bathsheba, as his wife.

The story of Judith, for example, may be the world’s first behind-enemy-lines spy tale. Judith was a brave and beautiful widow. When Holofernes, one of Nebuchadnezzar’s generals, laid siege to her home town and cut off the water supply, the people wanted to surrender. Judith crossed the lines and entered Holofernes’ camp. Pretending to be a defector, she ingratiated herself with him. Judith was even more ruthless than Yael. When Holofernes was drunk, Judith cut off his head and returned home, carrying it in a bag.

There is something both immensely appealing and also unsettling about women such as Yael and Judith. Their stories completely subvert our expectations of Biblical women, who, like Sarah, the wife of Abraham, are often marginal figures, mentioned mainly for their children, or lack of them. But Yael and Judith act, seize control and dispose of the enemy with a cold, precise, efficiency.

As the late Tikva Frymer-Kensky, a noted Biblical scholar, noted of the second, poetic, account of Yael, “Her deed is clearly heroic: she is a ferocious woman warrior, offering milk in a princely bowl, taking a tent-peg and hammer in her hands and crushing Sisera’s head. Nothing is said about blankets or sleep.”

The story of Judith, in particular, has fascinated artists through the ages. She has been immortalised by poets, writers and painted by Michelangelo, Caravaggio and Gustav Klimt.

The Biblical Yael inspired Yael Azoulay, the heroine of my new series of conspiracy thrillers. Yael Azoulay works for the United Nations, brokering the secret deals behind the scenes that keep the wheels of superpower diplomacy and big business rolling. Yael is a modern woman – a 21st century heroine, haunted by her past, with a complex identity, but one firmly rooted in Israel.

Yael Azoulay is also rooted in my own journalistic experience. My time as a reporter in Yugoslavia, covering the Balkan wars, gave me an inside view of superpower diplomacy and UN peacekeeping operations and the catastrophic compromises that result – nowhere more than Srebrenica, in Bosnia, where UN peacekeepers stood by as Bosnian Serbs led 8,000 Muslim men and boys to their deaths. That led to my non-fiction book, ‘Complicity with Evil’, which investigated the UN’s failure to prevent genocide in Bosnia, Rwanda and Darfur.

Then my imagination went to work. What if there was someone working for the UN with a powerful moral drive to do good, yet who was forced to operate in the shadows? Even to kill? Thus was born Yael Azoulay. Centuries after the Biblical Yael lured Sisera into her tent on a false promise of sanctuary, the question of whether the ends justifies the means is still a powerful engine for an gripping story.

A short story by Adam LeBor featuring his biblically-inspired heroine, The Istanbul Exchange: A Yael Azoulay Short Story can be downloaded free of charge in all formats as an e-book from the Harper Collins website.

About the Author
Adam LeBor is a British author and journalist based in Budapest; He writes for the Economist, The Times (of London), Monocle, Traveler magazine among others and reviews for the New York Times; He is the author of eight critically acclaimed non-fiction books, including the ground-breaking Hitler's Secret Bankers, which revealed the extent of Swiss complicity with Nazi Germany (short-listed for the Orwell Prize) and City of Oranges, which recounted the lives of Arab and Jewish families in Jaffa (short-listed for the Jewish Quarterly Prize) His books have been translated into twelve languages including Hebrew and Chinese; His latest non-fiction book, 'Tower of Basel: the Shadowy History of the Secret Bank That Runs the World', an investigative history of the Bank for International Settlements, is published in June by PublicAffairs NY (author's photo by Szabolcs Dudas)
Comments