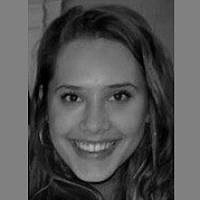 The Blogs
Gabrielle Charnoff
Apply for a Blog
Please note that the posts on The Blogs are contributed by third parties. The opinions, facts and any media content in them are presented solely by the authors, and neither The Times of Israel nor its partners assume any responsibility for them. Please contact us in case of abuse. In case of abuse,
Report this post.

During the “Tikkun Olam” session at last week’s Presidential Conference in Jerusalem, Gal Lusky, founder of Israeli Flying Aid, played the recorded message of a Syrian opposition leader. The voice of this brave leader raises new questions about the role Israel should play in a region convulsing with human suffering, and about the window of hope – significant, however small – that could open as a result.

His message was heartwarming and filled with hope:

Ladies and Gentlemen, it is a long road and a bumpy one. People will lose their lives and the forces of evil will try to hinder us at each step, but it is a battle for humanity and it is worth dying for.

This was the voice of an anonymous rebel fighter who met an Israeli in Syria providing aid to Syrian refugees, an event that shattered his preconceptions of the Jewish people. He greeted President Shimon Peres in his message and shared his initial shock as well as his acquired admiration for Israelis, people he had always been taught were inhuman, yet people who had put themselves in danger to help Syrians in need.

He finished by giving thanks and said,

May God bless you and help you with the good deeds you are doing to achieve this Mizrach Tichon Chadash (“new Middle East”) and please accept this flag as a sign of this hope.

A window of opportunity has been created for Israel by the collapse of the old order throughout the region, and by the uprising of the people. Syrians, including this man, have always been taught that the Jewish people represent evil, but the very people who taught them this, are the people they are now fighting to overthrow. Allegiances are being broken, and everything they once knew is being called into question.

Policy makers rightly prioritize security but security does not contradict, and indeed must complement, a responsibility to identify pockets of hope and commit to exploring any potential to positively shape the future of the Middle East. This is not exclusively in terms of financial aid, and perhaps more importantly, this is about the new direct relationships that could be built between our respective peoples. The effect of aid is significant not just in and of itself, but because of its ability to strengthen networks between neighboring civil societies.

Finally, I believe it is our responsibility as a Jewish people to become more vocal about the issues facing what the UN recently described as the fastest growing refugee crisis in the world. Israel is a Jewish State that prides itself as a country built on Jewish values and the concept of “Tikkun Olam.” Jews around the world share these values and these are compelling circumstances in which to put these values to use. Although many suffer within Israel’s borders, as a practical matter, addressing the Syrian crisis is a unique opportunity to both help people in need and form politically strategic relationships.

About the Author
Gabrielle Charnoff is from Washington, DC and is a student at the University of Miami studying Economics and International Studies; She currently lives in Tel Aviv and is the editor of helptherefugees.org.
Comments