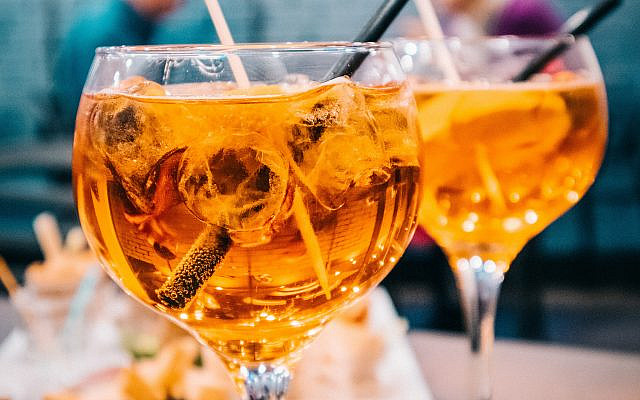 Watching the news from OGB, that’s Once Great Britain as this third-world country is now known, I was astonished at how low it had sunk.

Many readers who keep up with the real news will be puzzled by the space given to “Partygate”. Boris Johnson, the prime minister, is being hassled and harried after he and a few cabinet ministers had a drink in his private office. Unable to take him down by normal, democratic ways, his opponents are looking to whip up public resentment that he had a drink, and they didn’t. Perhaps Boris should make bottles of Scotch available on the National Health Service, this would make him one of Britain’s most popular prime ministers.

Oh, no, I forgot. The NHS, unlike our Kupot Holim, is on the verge of collapse. You would be lucky to get a bottle of cough medicine.

Unimportant matters, like Russia’s invasion of the Ukraine, and the possibility of a third World War, do not make the headlines.

Meanwhile, we are horrified to learn that the same police force that is investigating Boris’s “crimes” has been found to joke about raping women, beating up their partners (that’s the new name for wives, but less costly to change for a younger version) and killing black children.
(The Telegraph 1 Feb 2022)

I would like to give some examples, but this is a family-friendly newspaper.

Another organization clamoring for our attention is Amnesty International. Perhaps this august body could devote some of its time and resources to investigating the British Police. They seem to have endless patience when it comes to investigating Israel’s “crimes”. They are especially upset that some Arab countries have normalized their relations with the world’s only Jewish state. It makes their job of constantly propagating antisemitism much harder.

And in the US a ‘megaflash’ bolt of lightning has spanned nearly 500 miles across three US states. How long will it be before Israel is blamed for this record-breaking lightning. They could call it a bolt from the Blue and White.