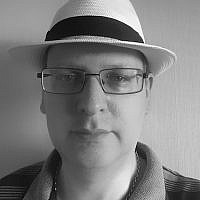 The Blogs
Gabriel Herman
Apply for a Blog
Please note that the posts on The Blogs are contributed by third parties. The opinions, facts and any media content in them are presented solely by the authors, and neither The Times of Israel nor its partners assume any responsibility for them. Please contact us in case of abuse. In case of abuse,
Report this post.

Jewish schools in London are failing us badly. This year’s results show on average that 86% of their students received a grade of between A* and C at GCSE. The national figure meanwhile had fallen from 2015 to 66.9%.

What Jewish educators failed to realise was that Britain voted in favour of Brexit and had clearly shown that it no longer had any need for experts. Our children are going to be woefully educated in a country that cherishes the well-meaning but broadly ignorant.

Do you remember the EU Referendum debate? Brexiteer Michael Gove told Sky News on June 3rd: “I think the people of this country have had enough of experts”. He later told LBC Radio that ‘remain’ experts were like the Nazi experts who denounced Albert Einstein in the 1930s. Cameron scoffed saying he thought Gove had “lost it”. He was wrong. It was Cameron who had lost it. Within days he offered his resignation to the Queen.

In America some are calling Donald Trump ‘Mr. Brexit’ in the belief that he will lead a similar uprising in the States. He champions a demographic that pollsters believe voted for Brexit in the UK. “I love the poorly educated!” he said to cheering crowds. The Donald believes it’s a complete waste of time listening to professionals. The route to success is ‘just be yourself’. Say the most preposterous things, enjoy the limelight while it lasts and privately fear the day when you are put in a position of authority.

That is exactly what happened to Gove and Johnson. Although they had clearly won the debate, they looked as if they dreaded the prospect of leading the country and having to deliver on their mandate. Their faces were white as a sheet and their victory speeches were delivered as if some great calamity had befallen the country.

But wait! Cometh the hour, cometh the woman. When new Prime Minister Theresa May heard herself say ‘Brexit means Brexit’ she realised no one in the country let alone the government knew what Brexit actually meant.

The Civil Service who are tasked with negotiating Brexit with the EU asked for 5,000 extra civil servants and a roster of management consultants and lawyers to find out.

Suddenly experts were fashionable again and back in business. In fact, the first question the experts had to answer was how much it would cost to pay all these extra experts. The team of experts they used for this job came to the conclusion that over a decade the bill could reach £5bn.

Jewish schools can feel vindicated and truthfully say that our kids are indeed well equipped to face the future. Once more in the UK, pupil will listen to teacher, undergraduate will listen to lecturer and government will listen to experts. All will be well with the world.

And what about the United States? Well once the elections are over, the new president will immediately call in the experts. Whoever she is. Cometh the hour, cometh the woman.