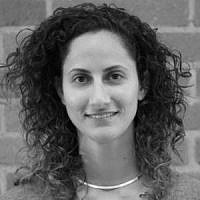 The Adam and Gila Milstein Family Foundation is proud to support AIPAC’s Campus Allies Mission, which brings non-Jewish, pro-Israel political activists to Israel for the first time. Participants learn about the importance of the relationship between the United States and Israel and gain a deeper understanding of Israel’s strategic, social, and security issues, right in the heart of the Holy Land.

An alumnus of our Campus Allies — Caroline Wren — has shared how the Campus Allies Mission has impacted her life. You can read her post below.

When I graduated from college, I found myself at an important crossroads. I was deeply interested in politics, but unsure about the direction that this interest would take me. As a recent grad, I had no idea what I wanted to do with the rest of my life. But then a friend invited me on the trip of a lifetime — the 2012 AIPAC Campus Allies trip. At the time, I knew close to nothing about Israel aside from that it was a small country far away from home. Little did I know, after the AIPAC Campus Allies trip, that small country would change my heart and mind forever.

The ten days I spent in Israel with AIPAC were the most incredible of my life. I prayed at the Western Wall. I was baptized in the Jordan River. My visit to the Holy Land exceeded all of my expectations. On the AIPAC Campus Allies trip, I made some of my closest friends, I was exposed to all of the wonder that Israel has to offer, and came to understand just how critical an ally Israel is to the United States. Seeing Israel firsthand made it clear to me that without peace in Israel, we can never have peace here at home. The United States’ future, I realized, is directly linked to Israel’s future. I am confident that the United States has no better friend or ally in the Middle East, or the world, than Israel.

Since the 2012 Campus Allies trip, I have found how to turn my interest in politics into a career: I have dedicated my life to working for politicians who understand the important and strategic relationship between the United States and Israel. After the Campus Allies trip, I began working on Jon Huntsman’s Presidential campaign because I felt he was a candidate with a unique worldview, a deep understanding of foreign policy, and a firm commitment to strengthening the relationship between the United States and Israel. In 2012, I worked as a national fundraiser on five Senate races. Every candidate campaigned on strengthening the U.S.-Israel relationship.

In 2014, I made the most important career decision of my life and moved to South Carolina to work for Senator Lindsey Graham (R-SC) as the Finance Director on his re-election campaign. When it comes to supporting our ally Israel, there is nobody in Washington as enthusiastic or dedicated than Lindsey Graham. His love for Israel is contagious and spreads to everyone that works for him.

Working for Senator Graham has been the greatest honor of my life. He has taught me that being a champion for Israel doesn’t mean just talking about our support, but acting on it. Senator Graham wakes up every day and fights for Israel and expects his staff to do the same. In fact, during a recent trip to Israel in December, Prime Minister Benjamin Netanyahu said to Senator Graham, “I know that in the American Senate, you have Israel’s back, and no one has it better.” Prime Minister Netanyahu was right: there is no Senator more committed to strengthening relations with Israel, halting Iran’s pursuit of a nuclear weapon, and putting the Senate on record when it comes to having Israel’s back than Senator Graham. I am honored to play a small role in that. Truth be told, I never would have gone to work for Senator Graham if it weren’t for the Campus Allies trip.

Today I live in Washington where I have my own consulting firm that works exclusively with clients working to strengthen the relationship between the United States and Israel.

The 2012 Campus Allies trip shaped me into the person that I am today. It has influenced every career decision I have made. I am eternally grateful to AIPAC and the Milstein family for giving me the opportunity to see Israel and learn about how crucial the relationship between the United States and Israel truly is.

To learn more about the philanthropic work of Adam Milstein and the Milstein Family Foundation, visit http://milsteinff.org