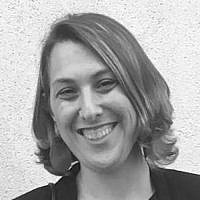 The Blogs
Naomi Mittelmann Cohen
Executive Director, World Union of Jewish Students (WUJS)
Apply for a Blog
Advertisement
Please note that the posts on The Blogs are contributed by third parties. The opinions, facts and any media content in them are presented solely by the authors, and neither The Times of Israel nor its partners assume any responsibility for them. Please contact us in case of abuse. In case of abuse,
Report this post. 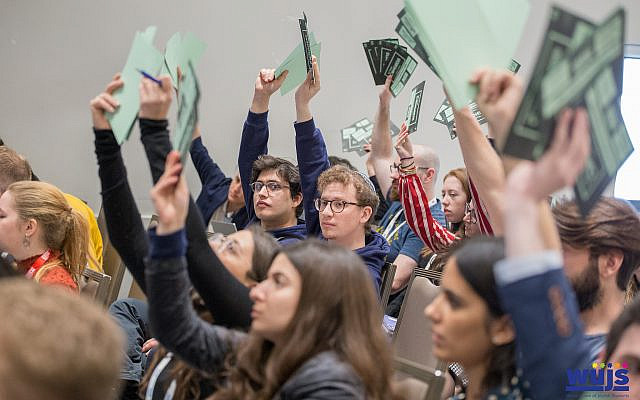 In today’s world of extremes, people fall victim to embracing views not because they are rational or productive but simply because they fit into a specific worldview. ‘Cancel culture’ is part of this troubling trend and the concept recently became very real for us Jewish Student Union leaders.

This week, a large group of Jewish students from all across the world will gather online for the 47th World Union of Jewish Students annual Congress. This gathering, which has taken place in Jerusalem for several decades, salutes the plurality of voices in the world of young Jewish leaders. With speakers and sessions from all across the spectrum of Jewish life, the goal of Congress is to learn about the key issues and challenges of Jewish students from diverse perspectives. As is the case with Jewish tradition itself, our existence as modern-day activists and leaders thrives on differing opinions, criticism and respectful debate.

It was therefore deeply disturbing to receive word that a group of students intend to boycott our 2020 Congress in protest of a specific session on “Democracy: in Sickness & in Health” with the Director of the New Israel Fund.

Our own community has decided to ‘cancel’ us. We as student leaders and particularly as Jewish leaders must oppose cancel culture as strongly as possible. The very notion that drives this call is that voices that disagree with our own are undeserving of a place in the public discourse. This is the same theory behind movements like BDS, where legitimate business, cultural institutions, academia, and students themselves are the subjects of boycott and ostracism because they are associated with the Jewish State.

To be clear, there are institutions and images that do not have a place in the public discourse. Images like swastikas or icons that glorify slavery and racism must be analyzed and removed. But giving way to a world where opposing opinions are silenced because they advance a worldview different from our own is a dangerous path to take. It is contrary to what we hope to achieve in creating a community of dialogue and progress.

The issues that young Jewish leaders on college campuses around the globe are forced to confront are not always easy ones. Indeed, the positions that we are sometimes encouraged to take can be inconsistent with our individual viewpoints and sometimes even the perspectives upon which we are raised. Undoubtedly when it comes to issues of Israel’s policies, some of which we know are of concern to the group choosing to boycott our Congress, there are many divergent opinions. Our goal at the World Union of Jewish Students is not to create a consensus but to ensure that young Jews know that their opinions matter. We encourage students to think outside the box and leave their comfort zones. That’s what real activism is about. We accomplish little and miss the chance to become productive leaders when we only hear the viewpoints we agree with.

When asked what makes someone a Jewish student leader, I answer that it is to lead with conviction in your beliefs and at the same time be inclusive and open to diversity within the Jewish student body, and inspiring others to be committed to do the same.

To the group of students who intend to boycott Congress this year, please know that our Congress will go on without you, even though we would welcome your voice. We firmly encourage you to be the change that you want to see, but that requires debate and conversation.

Canceling voices is the easy way out, but it will resolve nothing more than a fleeting sense of accomplishment that you silenced someone with whom you disagree. It will not change opinions or extinguish hate. If we are to be the Jewish and Zionist leaders of tomorrow we must be compelled to listen, to engage, and to respond. Only then will we be a successful part of a better Jewish and global future.

About the Author
Naomi Mittelmann Cohen has been Executive Director of the World Union of Jewish Students since May 2020. Prior to joining WUJS she was project manager at the Hanns Seidel Foundation in Jerusalem, where she worked with local NGOs to foster and promote a shared society in Israel and increase democratic participation among its civil society. In addition, Naomi initiated and created future-oriented bilateral political and educational projects promoting a sustainable improvement in the German-Israeli relations.
Related Topics
Related Posts
Comments