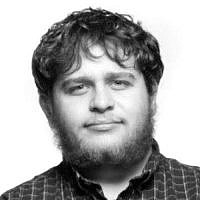 The Blogs
Jakob Glogauer
The Hardline Canadian Zionist
Apply for a Blog
Please note that the posts on The Blogs are contributed by third parties. The opinions, facts and any media content in them are presented solely by the authors, and neither The Times of Israel nor its partners assume any responsibility for them. Please contact us in case of abuse. In case of abuse,
Report this post.

On the eve of the Jewish holiday of Passover, a festival dedicated to freedom and liberation, the eventually expected announcement of Bernie Sanders’s withdrawal from the Democratic primaries was announced. The timing of this announcement certainly had many particular meanings beyond politics.

This leaves us with the question, who would make for an excellent candidate and hopeful president that is of the Jewish faith? The answer is simple, it is none other than Ivanka Trump.

Ivanka is the perfect candidate to succeed her father in the White House. She is a millennial, she has experience working at the highest levels of the executive branch, understands the struggles and needs of America and of course, she is a woman, which would make history on its own.

Her father, President Trump has even said as recently as two weeks ago, that 10% of all jobs in America have been created due to her visionary work. Serving directly to the presidency is as close of a qualification a candidate can receive to working in the White House in a non-elected role.

Historically speaking, most American Jews have voted overwhelmingly Democrat. However, there is no denying that the administration under Ivanka’s father, has been the most pro-Jewish and pro-Israel administrative body anywhere in the world.

The tides are turning, and while there may not be raw numbers prove any sort of transition of Democratic Jews into Republicans, one thing remains that the principled record of the administration ranks supreme, compared to how Obama treated Israel and the Jewish community during his eight years in office.

Ivanka has been monumental in many of the prominent proclamations and executive orders signed by her father, such as recognizing Jerusalem as the capital of Israel (being present for the opening ceremony of the embassy), the executive order to combat antisemitism (Title VI), amongst other bold pieces of policy that have been history-making. In general, being an observant Jew, she has had a frequent concern for the concerning increase in antisemitism nationwide.

On her experience and advocacy alone, her outlook towards Jewish-related issues would be attractive for any potential voter, Jewish or not. It is principled, yet ensures that there is worldwide cooperation in every regard.

In a poll released in January by Axios discovered that Ivanka would have support as a potential candidate, being a top 4 choice. To be precise, 16% of Republicans and Republican-leaning Americans that were surveyed would consider casting their ballots for her. Only former ambassador Nikki Haley, brother Donald Jr., and Vice President Mike Pence placed higher. The Trump name and brand has certainly stuck amongst the grassroots base of the GOP.

We also cannot forget about her husband and future First Gentleman, Jared Kushner. Having a similar position to Ivanka, just on different files, we can imagine Jared would take an active role in being the spouse of the president. His experience in planning every major initiative regarding the America-Israel relationship, specifically the Peace Plan, is invaluable experience when dealing with a future Jewish White House.

Regarding being a woman on the Republican ticket, Britain has been a great example to look at. The only two prime ministers were Conservatives. While their legislative may differ, the UK serves as evidence that a fellow member of the G7 has strived under a female head of government.

There’s no denying that she has been very innovative in job creation and the creation of never before seen opportunities for minority groups to strive in environments never thought to have been possible.

As the four years of the first mandate of President Donald Trump slowly come to a close and the re-election campaign is continually underway, Ivanka surely would gain even more experience in the next four years, if her father is re-elected. Her father even told The Atlantic last year that “if she ever wanted to run for president, I think she’d be very, very hard to beat.”

With support from the main base, and possibly expanding her base through a unique style of millennial conservatism, the first Jewish president surely does not seem too unreasonable in 2024.

About the Author
Jakob Glogauer is an Israel and human rights activist, as well as a researcher on antisemitism.
Related Topics
Related Posts
Comments