This September 4 (I confess I’m using Pope Gregory’s calendar) is the third anniversary of the death of a great comedian: Joan Rivers. 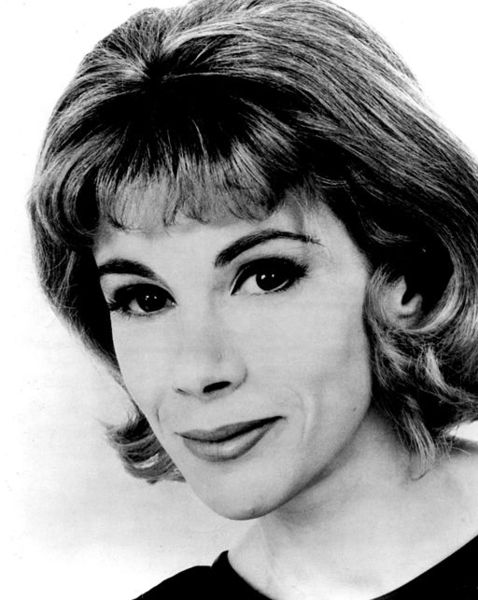 It’s not speaking ill of the dead to say that Rivers was so vulgar she’d make your eyes water. Shock was her stock in trade. Some of her views are not my own.

But I can’t sit through one of her sets without laughing.

As many here will know, Joan was born in Brooklyn, not a Rivers but a Molinsky. And like so many Brooklyn girls of her generation, she went far: Barnard College, Phi Beta Kappa.

She didn’t follow a typical path after that. Joan knew she needed to be an artist, and by age 24 she was a habituée of Greenwich Village sharing stages with other artists of her generation: Bob Dylan and Barbra Streisand, George Carlin and Bill Cosby.

They all became famous before she did. She cranked through barrooms and bowling alleys and the Borsht Belt. But she got there.

And when she arrived, she stayed.

In the 60s, when New York women would sneak off to Puerto Rico, Joan Rivers joked about the hypocrisy surrounding abortion (she called it “appendectomy” — but people got it). She joked about plastic surgery. About her husband’s suicide.

Pillars of decency might tsk. But the tsk-ers miss the heart under the crass veneer. And Joan Rivers’s heart was deeply humane.

I (a priest) would suggest: deeply Catholic.

It was contempt for sacred cows that made Joan “Catholic.”

We Catholics stewed in the soup of American culture sometimes have a hard time grasping that. Love it as we do, the USA is a country founded by Puritans, for whom an appearance of propriety was the great golden calf.

But well-rooted Catholics scoff at that. So do Jews like Joan. Because the bedrock of real religion — not a self-help regime or some two-bit ideology, but zealous love of God — is truth.

And truth includes the truth about ourselves. The down-to-earth, earthy truth. It doesn’t wear a lace collar.

Humor lets us face that truth.

In 2010, Rivers was the subject of a documentary by two younger filmmakers, Annie Sundberg and Ricki Stern. The old pro could have stood on ceremony. She could have played the grande dame. But she let the camera follow her into funky corners and private places — and on film, in unguarded moments, you see Joan shine.

In an ugly auditorium in an Indian casino in (of all places) Northern Wisconsin, Sundberg and Stern caught Rivers in the midst of a comedian’s nightmare. She’s let rip in front of a huge audience with a riff about Helen Keller when a burly man bolts up from his seat and shouts,

“That’s not funny when you have a deaf son!”

In other words: shut up, Joan! That’s taboo. It’s painful.

Rivers doesn’t miss a trick. She kicks into overdrive, cussing the man with intensity then hitting the rest of the audience with joke after joke until they finally relax and laugh again.

She seems like a swimmer striving for shore or a motorist on a cold morning, goosing the engine until it roars to life.

She fights for her audience. And she wins.

In a 2010 interview with Terry Gross, Joan remembered that moment: “I was terribly upset about him, because you understand that he’s coming from a household where there’s a deaf son, and nobody should deal with it.”

What would she say to the man? “It’s funny. It’s OK. Your son would laugh at that. … You laugh about it and you deal with it. … Because otherwise, it’s so sad.”

Telling it like it is is an act of charity. Realism is at the heart of the God-haunted worldview: Jewish or Catholic.

It’s easy for me to connect with Joan.

Joan knew that laughter opens us, physically and spiritually. Our jaws bust open and we’re defenseless. Something better and healthier can rush into the opening. And in that split second we may be restored: we forget to fake it and we remember who we are.

“I have a calling,” she said. “I’m like a nun with better clothes.”

This priest approves of that analysis.

Remember Joan by looking back at some of her routines. This dialogue with Johnny Carson from early in her career still seems fresh. (Hint: it’s because human nature hasn’t changed):

And here she is with Carol Burnett. It’s Joan’s conspiratorial, come-in-for-a-gab tone that gets the audience on her side. And they stay with her, convulsed by laughter, to the very end: