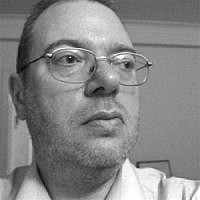 The Blogs
Daniel Vulkan
Apply for a Blog
Please note that the posts on The Blogs are contributed by third parties. The opinions, facts and any media content in them are presented solely by the authors, and neither The Times of Israel nor its partners assume any responsibility for them. Please contact us in case of abuse. In case of abuse,
Report this post.

I’ve had to change my plans, though. On March 6, the Knesset passed an amendment to the 1952 “Entry to Israel” Law with the effect of denying a visa or residency permit to anyone (other than an Israeli citizen or permanent resident) who, among other things, pledges to participate in a boycott. “Boycott” is defined in a 2011 law as the intentional avoidance of economic, cultural or academic links with a person or organisation because of their connection to the State of Israel, its institutions, or territories under its control, with the intention of causing economic, cultural or academic harm.

I generally don’t think cultural or academic boycotts are useful in promoting a cause. I also don’t believe in boycotting products made within the Green Line (although it can be difficult to identify them, when items manufactured on both sides of the line tend to be labelled “Made in Israel”).

I do, however, try to avoid buying anything originating in the settlements over the Green Line. In doing so, I am behaving in the same way as many Jews in the UK, the USA and other countries (and indeed in Israel). In fact, a recent survey carried out by City University suggests that around a quarter of British Jews would support sanctions against Israel if they felt that this would encourage the Israeli government to engage in the peace process.

So — would I be allowed into Israel? A strict reading of the law suggests that I wouldn’t. The law does grant discretion to the Minister of the Interior to waive it on a case-by-case basis, but do I really want to go to all that trouble and expense, knowing that I might be turned back on arrival at Ben Gurion Airport, subject to the whim of Aryeh Deri?

I think I’ll take my holiday elsewhere this year.

About the Author
Daniel Vulkan is a statistician and social scientist from London, where he is a member of the Masorti-affiliated New North London Synagogue and a regular volunteer for Limmud. Between 2008 and 2014, he worked as a researcher for the Board of Deputies of British Jews.
Related Topics
Related Posts
Comments