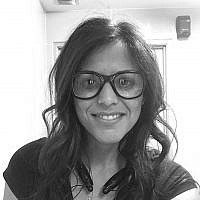 The Blogs
Natalie Patirian
Apply for a Blog
Advertisement
Please note that the posts on The Blogs are contributed by third parties. The opinions, facts and any media content in them are presented solely by the authors, and neither The Times of Israel nor its partners assume any responsibility for them. Please contact us in case of abuse. In case of abuse,
Report this post. 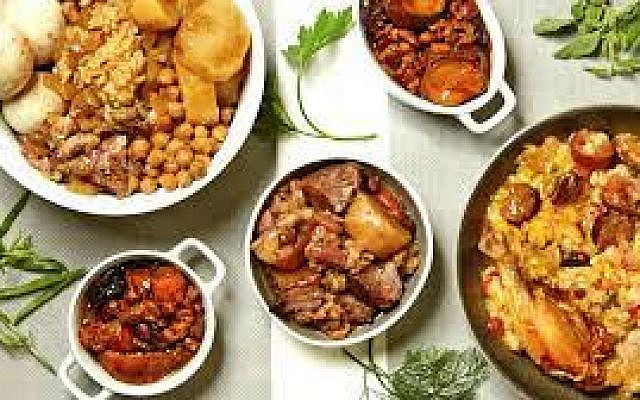 I’ll explain about the cholent in a bit.

I am writing this from the land of Israel, the Holy Land, the land of milk and honey, not from home; I came here on an “Aish Destiny Mission,” with 50 women who not only took a week off to study, learn, teach, refocus and reenergize but who waited to be able to come, slogged through COVID cancellations and moved around our schedules twice to be able to finally be here.

Like so many of us during COVID, I fell into a funk. I started to feel rather unpleasant emotionally. There were nights that horrible nervousness would wake me up and my heart felt like it was going to burst. I felt the anxiety racing through my body, and within a short period of time, an unexplainable sadness added to the mix. I know I am not alone. We all went through it, the misery of COVID.

Many of us had our kids home for weeks at a time (in my case four, thank God). We were all stuck at home and everything was closed. It became overwhelming for me as a mom and as a person. Every day was chaotic, there was so much noise during the day. During the school day, when I once had the time and quiet to attend to my day to day affairs, and to recharge, I now had virtual learning in different rooms and different schedules. There simply was no refuge.

I very much believe that a parent needs to act “happy-go-lucky” in front of their kids.

I learned that the hard way,  due to my own childhood. For whatever the reason, my approach is to bury and hide my pain in front of the children. Which only made it worse.

The only thing I did have to occupy my mind and keep the unwanted feeling at bay, was to cook. While I may not be a culinary wonder, I very much enjoy it. And with so much time, and the inability to leave the house, I cooked. A lot.

That is where the cholent comes in….

Our synagogue was as closed as everything else, so at some point during COVID I really began to miss my synagogue’s cholent which was served every Shabbat. So, I looked to google for help to find a good recipe. I tried to master it on my own, but had no luck getting it right. I came across Jamie Geller’s YouTube channel … including her cholent recipe. (It was actually her husband’s recipe. The two of them demonstrated all the steps to making it, and this time my cholent came out lovely.

And so my one-sided love affair with Jamie’s recipes began.

I started watching more and more of her videos; her challah recipe, her Passover recipes and so many others. I also saw how she moved to Israel, and learned her story of becoming more religious, and more. Some time later I began to follow her on Instagram as well. One can see that she spent quite some time on them. A lot of energy went into what she did.

And one day, she talked about this “Destiny trip” on her Instagram so I applied, and didn’t give it much thought.

Little did I know that I would receive an email asking to be interviewed… which would lead to being here, writing from Israel, on the Aish Women’s Destiny trip 2022. I don’t think there is any way to express the magic of this trip. I see clearly that the fact that I am in Israel, is not just a fun thing that worked out for me, it was Gods’ plan for me. And it all started with a cholent recipe.

Prior to the trip,  I was in a fog, I was a little lost, and I just felt like I just couldn’t “get it together.” And this week away has cleared so much of that fog.

During one of the days of the trip, my 21-year-old daughter had called me panicking very early in the morning. She was invited by twin sisters who are fellow USC students to join them in their home in Columbia during a school break. I encouraged her to go, to be adventurous.

She called me from the airport, full of anxiety about the trip. Another friend had suggested she had invited herself to join. The excitement of the trip immediately was replaced with doubt and panic. Was she actually not wanted? Maybe the twins were just being nice by inviting her, but never expected her to actually come, did she indeed invite herself? So she called me, and poured everything out in an unsteady, unsettled voice, letting me know in her fear that she now thinks that she should just go back home.

It was at that moment that something took over me.  I don’t even know how the words came to me, but they did. She heard what she needed to in order to refocus,  get on the plane and enjoy her break as she should. It was one of my “mothering moments” when words that are needed to soothe my children, or give them direction or advice seem to come from somewhere that I have never completely understood.

I have always appreciated those moments as a unique gift. We know the power of words, even though they are nothing but words, they hold more power than anything else.  I now see God placed those words into my mouth, the kids felt better, get what they needed and moved on.

On the same day as that difficult phone call, our Destiny group visited Rachel’s Tomb, our first stop on that day’s Itinerary. Rachelle Fraenkel spoke to us from the heart, touching us with her words, and speaking not only of her incredible challenges and international support surrounding her son’s capture and murder, but truly about the power of the Jewish woman.

We were all asked a question: How does your unique gift extend into motherhood?

And right then, it hit me like a pile of bricks.

I, the mom, am a vessel of God. God fills that vessel with whatever we need at that movement to bestow to our child. Whatever is needed at that moment gets poured into us, so we can nourish our kids with it. It was the most incredible realization of my life.

We as moms are God’s vessel, he gave us all the ability and strength to find the words, and again they are just words, but words that are so necessary to our child at that moment.

I understood that God shows love to our kids by showing so much love and strength to us, and instantly it was all so clear to me.  It was at that moment I felt that I had found myself again.

Through this journey to Israel and the power of this special holy land, I found my way back to me.

So, if any of you are struggling, google a cholent recipe; you never know where it will lead.

About the Author
Natalie was born in 1979 to Persian parents who escaped Iran due to extreme antisemitism. She is the younger of two children. In 1989 her family immigrated to Brooklyn, New York. She currently resides in sunny Los Angeles with her husband and four children.
Related Topics
Related Posts
Comments