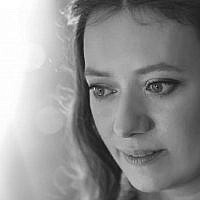 Little do we, Israelis, know about a country in the heart of Central Asia called Uzbekistan. I say ‘we’ since it’s been 15 years since I live in Israel and see my motherland only in my dreams. ‘Ah, it’s one of those ‘-stans’!’ Tell me my local friends, when I answer a simple question of where I am from. And then they begin to count ‘Kazakhstan, Afghanistan…’. ‘No, not Afghanistan!’ – I have to say. And they smile and I hear something like ‘Anyway, nice to meet you’.

So, being an Israeli I don’t hear and read much about Uzbekistan in the press. But I want to hear and read more. Do you? I recall the beautiful nature, the warm and kind people, the delicious food and the breathtaking ancient unique architecture and I think the answer might be ‘yes’.

The cities of Samarkand, Bukhara, Khiva, and Shakhrizabs, where cultural and spiritual values had been long since concentrated, outstanding scientific centers and schools were established, architecture, craftsmanship, and arts were flourishing, nowadays play the role of main urban centers.

Creative work and various scientific achievements of the local scientists, thinkers, and poets have proved to be a valuable contribution to the development of world civilization. Abu Ali ibn Sino, known in the West as Avicenna, al-Khorezmiy, Mirzo Ulugbek, Bakhouddin Nakshband, al-Bukhoriy, at-Termeziy, Abu Raikhon Beruniy, Alisher Navoiy – this is but a shortlist of names of prominent figures of Uzbekistan.

Uzbekistan, where monuments of ancient cultures of different ages are concentrated, is rightly called a treasury of history. Ichan-Kala complex in Khiva, historical centers of Bukhara, Shakhrizabs, and Samarkand are included in the UNESCO World Heritage list. Many unique monuments and architectural constructions in these cities have remained in a good state up to the present day and are of great significance to mankind.

There so much to talk about the place that I won’t even try to put it all in one entry.