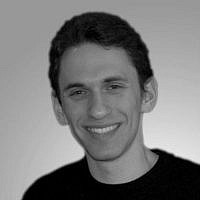 The Blogs
Jonathan Shmulovich
Thanks For Checking Out My Thoughts
Apply for a Blog
Please note that the posts on The Blogs are contributed by third parties. The opinions, facts and any media content in them are presented solely by the authors, and neither The Times of Israel nor its partners assume any responsibility for them. Please contact us in case of abuse. In case of abuse,
Report this post. 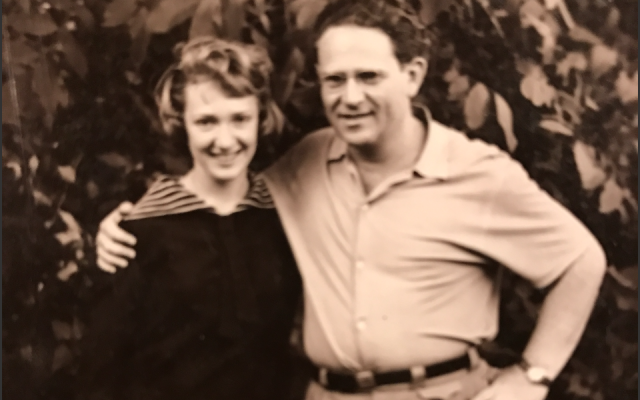 My mother, Anat Shmulovich, as a teenager, with her father, Anatoly Yershkovich. As a refusenik, a Jew denied an exit visa, he protested the Soviet government until they not only granted him the right to leave, but demanded him to.

To all you Ashkenazi readers, let me ask you: How much do you know about our history?  How well could you talk about the experiences our families lived through in the 20th century?  Maybe we’ve heard a story or two, but could we really do a deep dive into our families’ lives at the time?

We may know who in our families survived or died in the Holocaust, or that our families fled an oppressive regime like the Soviet Union. So really, we know the most horrifying and euphoric episodes of our peoples’ history, but there’s a whole lot more that happened in between those two or three decades.

As someone who is regretful that I didn’t spend more time listening to stories about life during WWII while more of the Greatest Generation were still with us, we really shouldn’t make the same mistake with the boomers.

Already, I regret not hearing more stories from my late father’s life: he was a talented scientist, who, just because he was Jewish, had little chance of getting ahead in Lithuania. To learn about his life is to better understand what it was like to grow up in the post-war Vilnius as a Jew (needless to say, he went on to do great things as soon as he left the Soviet Union). 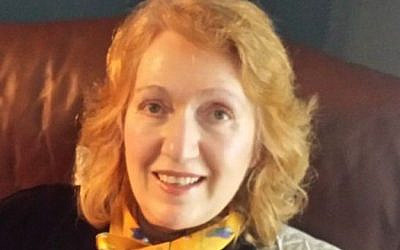 My mother, Anat Shmulovich, author of “Where the Night Train Ends”, a memoir about growing up Jewish in post-war Ukraine.

For millennials with family roots like mine, these are the stories we need to hear.  My mother’s book, “Where the Night Train Ends”, offers one of these stories. You’ll see what it was like to grow up Jewish in a country where students, teachers, neighbors, and just about the whole system wanted to see her fail.

You’ll see how my grandfather frequently protested the KGB to help Jews be granted permission to leave the Soviet Union. You’ll also get a firsthand account of what my mom’s teenage sweetheart, the prominent figure in Israeli politics and iconic refusenik, Natan Sharansky, was like as a young man. 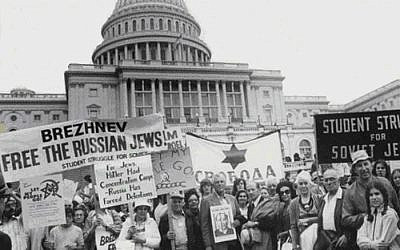 ‘Freedom Assembly for Soviet Jewry, Washington, DC. June, 1973.’ Provided by soviet-jews-exodus.com. Most of the pictures that came up when I searched ‘refusenik’ are of people in the free world fighting to let Soviet Jews emigrate.  In fact, besides really famous ones like Natan Sharansky, there aren’t as many pictures of post-war Soviet Jews as I assumed whatsoever. It makes me wonder if refusenik activists in the USSR, like my grandfather, had to destroy all activist documentation.  That we don’t have a lot of easily available information about many refuseniks makes it all the more urgent to hear stories like my mother’s.  We should make all the effort we can to learn about this historical period by listening to the refuseniks themselves!  I am forever grateful to those around the world who fought for Soviet Jewish families like mine to get exit visas.  It is all of you who allowed my family to live in a free society.

In what couldn’t be more perfect timing, yesterday I saw Minari, a film about a Korean family whose immigrant father tries to build his own farm in Arkansas from scratch.  (For those of you who haven’t heard about it, it’s been making major waves and was a Best Picture nominee at the Academy Awards.) The director of the film, Lee Isaac Chung, said on NPR:

When you’re second-generation Korean American, it’s hard to really see your parents fully.  You kind of see the sacrifices that they make. And then on top of that, you start to have more of a language barrier with them, a cultural barrier. So you end up seeing your parents not for who they are in some sense. I don’t know how to explain that, but you just feel this growing gap in a way.

This quote could really hit home for any second-generation immigrants.  It did for my sisters and I.  There is just so much about our parents’ and grandparent’s experiences we will never understand.  But, by doing our best to learn about them while they are still here to tell their stories, we are one step closer to understanding our own roots.

While “Where The Night Train Ends” has no release date yet, it’s my hope that it will be one of the works that give us a more complete picture of post-war Jewish life in the Soviet Union. Whatever stories we don’t hear will most likely be lost forever, so to listen to these stories is to save them. It is to honor and cherish them.

About the Author
Jonathan Shmulovich (he also goes by 'Jon' or 'Shmully'), is an American millennial Jew from New Jersey, who enjoys political discourse and activism, community service, comedy, movies, food, exercise, and travel. He wants to see every country and everyone live well. He is also very excited about his mother’s memoir, 'Where The Night Train Ends', which is seeking a publisher.
Related Topics
Related Posts
Comments