The Blogs
Jeremy Abraham Rabbani
Apply for a Blog
Advertisement
Please note that the posts on The Blogs are contributed by third parties. The opinions, facts and any media content in them are presented solely by the authors, and neither The Times of Israel nor its partners assume any responsibility for them. Please contact us in case of abuse. In case of abuse,
Report this post. 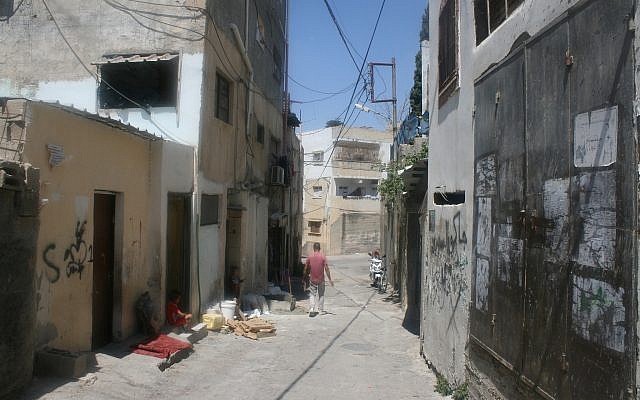 This past summer, I had the pleasure of participating in Birthright Israel as well as interning in Jerusalem and Tel Aviv, writing for Israel’s only English language outlet for Israeli sports. I had an incredible time exploring the country as well as meeting and getting to know many wonderful people. However, as great as living and interning in Israel was, the highlight of my trip was a day spent in the northern West Bank cities of Nablus and Jenin.

I had been in Israel for over two months, shuffling between Jerusalem and Tel Aviv daily, before I decided to take a trip outside of Israel. With the money I was receiving from my internship program, I was deciding between visiting the country’s neighbors; either Jordan or Egypt. After proving to be way too costly, I settled on a trip closer to where I was staying for the summer and decided to tour the Palestinian Territories. I really wanted to see and understand how the other half lived. And, boy, was it eye-opening.

All I’ve ever known of Palestinians is the, oftentimes, unfavorable opinions of others here in America and whatever I’ve heard from the media. Naturally, I was biased. Once I went there for myself and saw with my own eyes, my opinions had changed. Fast.

I went on a 3-day trip hitting the biggest cities in the Palestinian Authority. I saw and toured Hebron, Ramallah, Jericho, and Bethelem, however, the cities that stood out to me where Nablus and Jenin, two rather large cities in the northern West Bank.

I’ll never forget driving into Nablus. We were greeted with a sign stating, “You are now entering Area A, Israeli citizens cannot enter as it is dangerous to their lives.” To an American, I felt as if I was entering a warzone. We drove toward the city center and huge murals of militants holding machine guns adorned buildings and billboards. It dawned on me that I was a far cry from the comfort of America. Infrastructure was crumbling and the scene on the streets resembled that of a third world country. My first impression was disgust; how can the Palestinians expect to advance and secure their own state when they glorify civilian killers? As we left the car and walked through the market, once again, martyr posters were plastered everywhere. I was shocked, however to the residents of the city, walked passed these murals like it was nothing. For them, it was a part of everyday life.

Although culture shocked, the people of the city were some of the friendliest and most hospitable people I had ever met. Everybody greeted me with a smile and a wave, as they knew I was a tourist and were eager to practice their English with me. Little children with backpacks clutching their mother’s hand, older men playing backgammon, people buying groceries and young people hanging out in a park really humanized the other side for me. I came here expecting to see angry, hateful people who despised the West, and maybe even a few Hamas members, but I saw none of that. What I ended up seeing was everyday people like you and me, just getting by.

I ended the day with a tour of the Jenin Refugee Camp. More than 10,000 displaced people live in this small area run by the United Nations. It was incredibly heartbreaking to see poor children without shoes walking on rocky streets and living in rundown shacks. Unfortunately, these were the realities of the other side.

I will always be pro-Israel and that is something that will never change. Yet, finally getting the chance to see how the other side lived was something that will stick with me forever. More than ever, I believe in sovereignty for the Palestinian people. Regardless of what your politics are, these people are here and have been here for many, many years. I now see both sides more clearly and it dawned on me that full understanding of both sides is key to solving this conflict. Hopefully, with mutual understanding, peace will be on the horizon.