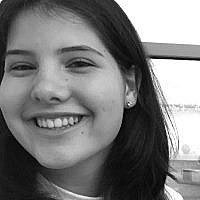 The Blogs
Margalit Pogonitz
Apply for a Blog
Advertisement
Please note that the posts on The Blogs are contributed by third parties. The opinions, facts and any media content in them are presented solely by the authors, and neither The Times of Israel nor its partners assume any responsibility for them. Please contact us in case of abuse. In case of abuse,
Report this post.

I remember my phone exploding with notifications about rockets being fired into Southern Israel this past November. I began to internalize that I live in a place where this is happening.

I grew up in a Jewish religious zionistic community in Skokie, Illinois where the value of the state of Israel was very much present. Whether it was growing up with israeli families as well as girls doing their national service who brought israeli life to our community, or involving myself in Bnei Akiva, I truly feel my community engrained in me a strong passion for Israel.

After high school, I learned in a seminary here and then served in national service. It was only until I lived independently here did I understand what this value of Israel I was always taught to love truly meant. I found it to be the core of my religious practice and the place I want to build my life.

Yes, I knew that Israel has security issues it often faces, and at the same time, it has an incredibly strong army and people who defend and support it. The mindset of living here through “thick and thin,” through times when rockets are being fired about 95 kilometers from where I live, did not cross my mind. It wasn’t that I was thinking that everything would be “peaches and cream” living here. I knew there would be challenges and obstacles I would face, but my mind never processed that I would G-d forbid be here during a time of facing major security challenges, or even more extreme, during a time of war.

When I heard about the rockets being fired, I was really brought back to my decision of making Aliyah. There are definitely security issues in other parts of the world, and I don’t think that Israel is specifically dangerous in comparison to other countries. However, this issue of rockets and conversations of potentially going to war shook me up and made me process my decision on a whole new level. I felt I was remaking this huge decision.

My reanalyzing wasn’t coming from a place of regret. I just realized that there are so many complex layers to the decision, and it is both important and healthy to be real to yourself in analyzing them. I realized that truly loving someone or some place is giving unconditional support. This country is so young and needs a lot of work, and its success depends on G-d’s guidance and intervening and our love and support in building it. I am an Israeli citizen through it all, and to be able to be here having this country’s back is a tremendous opportunity.

So yes, I officially made my decision of living here when I received my teudat zehut, my identification card, at Misrad Haklita at Ben Gurion Airport on October 5th, 2018. However, I believe I will continuously be making that decision on different levels the longer I live here, G-d willing for happy occasions.

About the Author
Margalit Pogonitz made Aliyah in October of 2018.
Related Topics
Related Posts
Comments